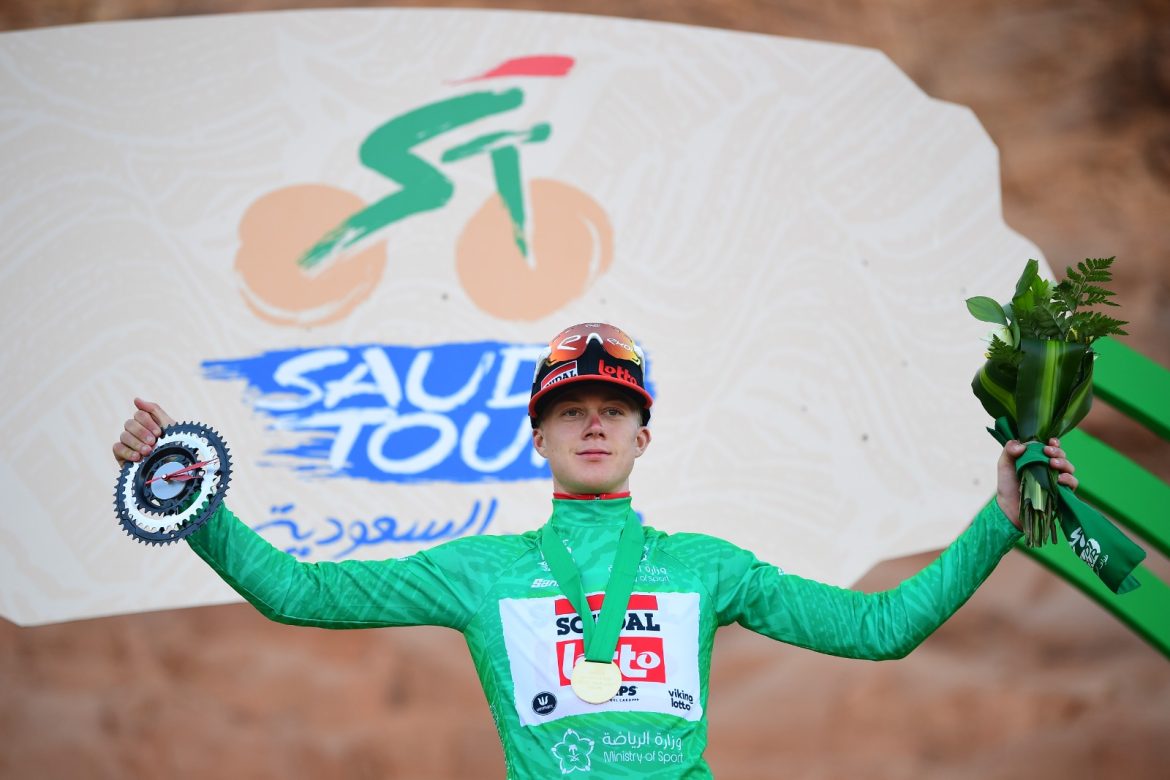 The young Lotto Soudal Belgian Maxim Van Gils has secured the overall victory during the final day of racing at the Saudi Tour. The final stage ended in a bunch sprint, which was won by Dutchman Dylan Groenewegen. Caleb Ewan couldn’t defend his chances due to a backwheel puncture at two kilometres from the finish. His teammate Jasper De Buyst sprinted to 7th place on stage five of the Saudi Tour. Ewan also saw his red points jersey change shoulders to his fellow sprinter Groenewegen. However, with the overall victory, two stage victories and the white young rider’s jersey, Lotto Soudal can look back on an extremely successful Saudi Tour.

Of course, 22-year-old Maxim Van Gils was relieved that he could take home the overall victory at the Saudi Tour today.

“Yesterday I won my first professional bike race and today I already take home the leader’s jersey. This really gives me a special feeling”, said a smiling Maxim Van Gils. “The past week really was a wonderful experience. That is why I want to thank the entire team for their support and helping me achieve this victory, without them this would not have been possible. The final stage definitely wasn’t an easy one, we had to exert force on the pedals the whole day long. Again Thomas De Gendt did an incredible job in keeping the early breakaway in check. Now it is time for some rest before I prepare the next races. We’ll see what they bring, but at Lotto Soudal we are of course always aiming for the victory.”

Maxim Van Gils will resume competition in Spain, where he will be at the start of the Clásica Jaén Paraiso Interior and the five-day Ruta del Sol.