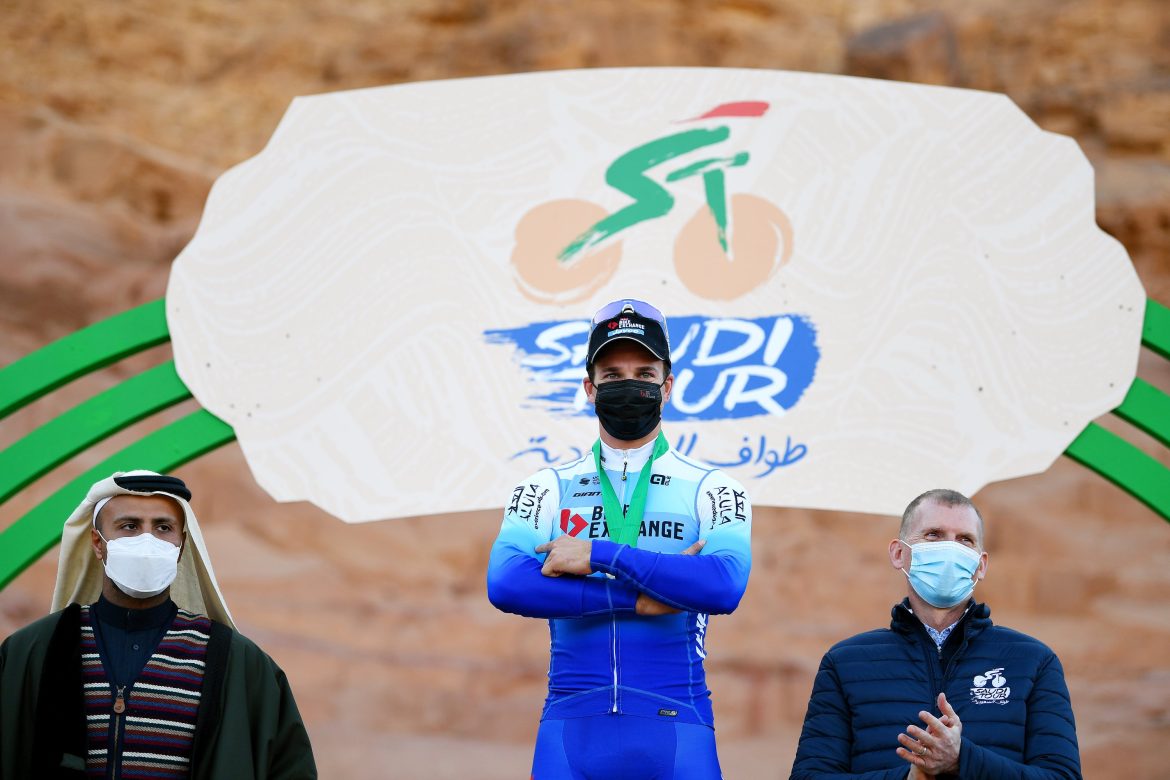 It was double delight for Dylan Groenewegen in the desert, as the Dutch sprinter powered to his second win of the Saudi Tour in AlUla Old Town.

The 28-year-old backed up his victory on stage three, with another imperious sprint after an impressive lead-out from his Team BikeExchange-Jayco teammates, to make it a dream start to the 2022 season.

Earlier in the stage a group of four riders went clear to form the breakaway, but they were never given much leeway, with the day always destined for a sprint finish. The last of the escapees were eventually reeled back in with 10km to go as the peloton turned their attention to the upcoming bunch kick.

The squad rallied around Groenewegen as they raced around the finishing circuit in AlUla, with Slovenian Luka Mezgec guiding his teammate into the perfect position ahead of the kick for the line. As the sprint opened up Groenewegen powered away from his rivals to take his second victory of 2022.

The win also handed the Dutchman the red points jersey to cap off a successful week for Team BikeExchange-Jayco, that saw the squad claim two wins and a second place for Mezgec on stage four.

Dylan Groenewegen – 1st place
“The boys did a really good job, they’ve learned really soon and have tried to do things as good as possible and now we have two victories. I think it’s two out of three, so it’s really nice.

We lost each other a little bit, but in the final we found each other and Luka and me came together on the roundabout. It was a really good job from the team, they put me in a really good position in the end, I think maybe 200 metres before the finish, Luka put me in position, he made a really good move to go to the right and I had some space to go very well and very free, so it was a good sprint.

Tristan Hoffman (Sport Director):
“It has been a fantastic week, Dylan is new in the team and the boys did a fantastic lead-out again and for me personally, to start with two victories, is so great.

In the end all the boys did a fantastic job and all the team here played their part, it was fantastic teamwork all week.”