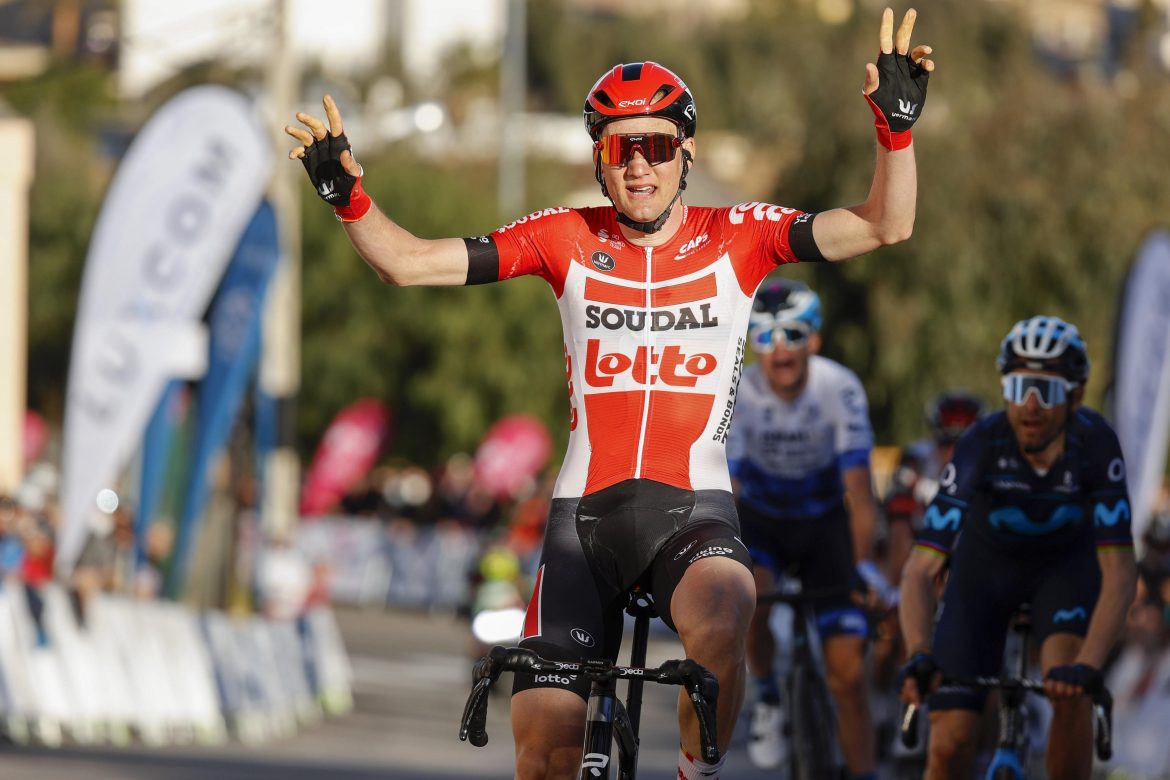 Tim Wellens already proved 3 times that the Trofeo Tramuntana suits him perfectly. Therefore the 30-year-old hill specialist showed up at the starting line again this year with great confidence. A 6-man breakaway left early in the race. The Coll Femenis, Coll Orient and Coll Seller made it a tough day and the break was reeled in before the Puig Major, the most difficult climb of the day. There the peloton was smashed into pieces. A group of 7 riders reached the top first, among them was Tim Wellens for Lotto Soudal.

In the downhill there were different attacks, but in the end it all came down to a sprint with 7. Tim Wellens came out of the last corner first and could hold off Alejandro Valverde in the final stretch. After 3 solo victories, the Lotto Soudal rider adds a sprint victory in the Trofeo Tramuntana to his palmares.

After a fourth place during the first day of this Mallorca Challenge, Tim Wellens skipped the Trofeo Alcudia on Thursday, to get a win on Friday at the Trofeo Tramuntana. “I have felt very good since the moment we started racing here. During training, it might not have been that great, but after I had pinned those first numbers, I have felt very good.”