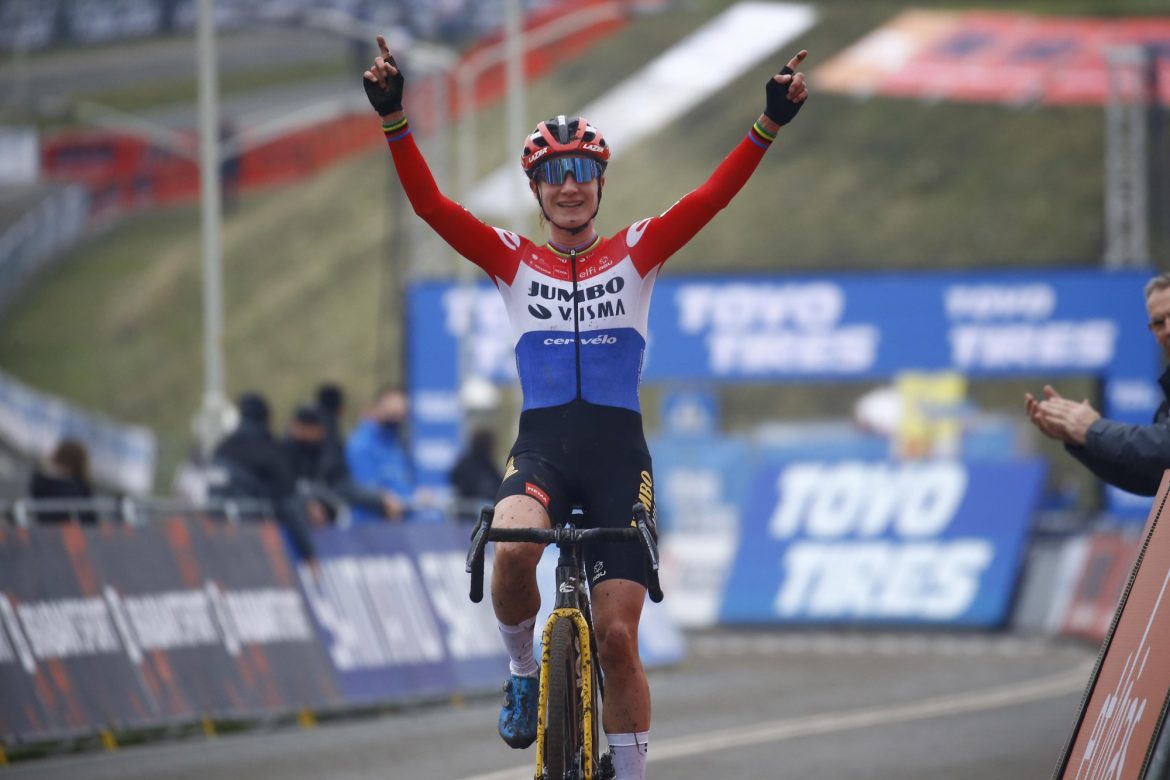 Marianne Vos has won the World Cup race in Hoogerheide. In the final lap of an exciting cyclecross race, Vos finished ahead of Lucinda Brand and Puck Pieterse. With her fifth win of the season, the 34-year-old Dutch rider is confident going to the World Championships in the United States, next weekend.

Vos was sharp from the start and immediately took her place at the front of the field. On the fast lap, it proved to be difficult to shake off the competition. Until the last lap, several riders attacked, though without success. Vos rode a tactically strong race, waited, and placed her attack in the last lap on an uphill section. It turned out to be the right moment and the Dutch rider crossed the line with a ten-second lead.

Vos pointed to the uphill section as the deciding factor in her victory. “I knew that if I wanted to have a chance, it was on the uphill part of the course. The ascending part went very well every lap. I was happy with how I felt during the race, but I knew it would not be easy to make a difference early on. It all comes back together on the longer stretches. So it’s really nice to win here.”

“I’m happy with how my cyclocross season went”, Vos continued prior to the World Cup in Fayetteville. “From the beginning I competed well. I’m going to America with a good feeling, but the World Championship is a race in itself every time.”