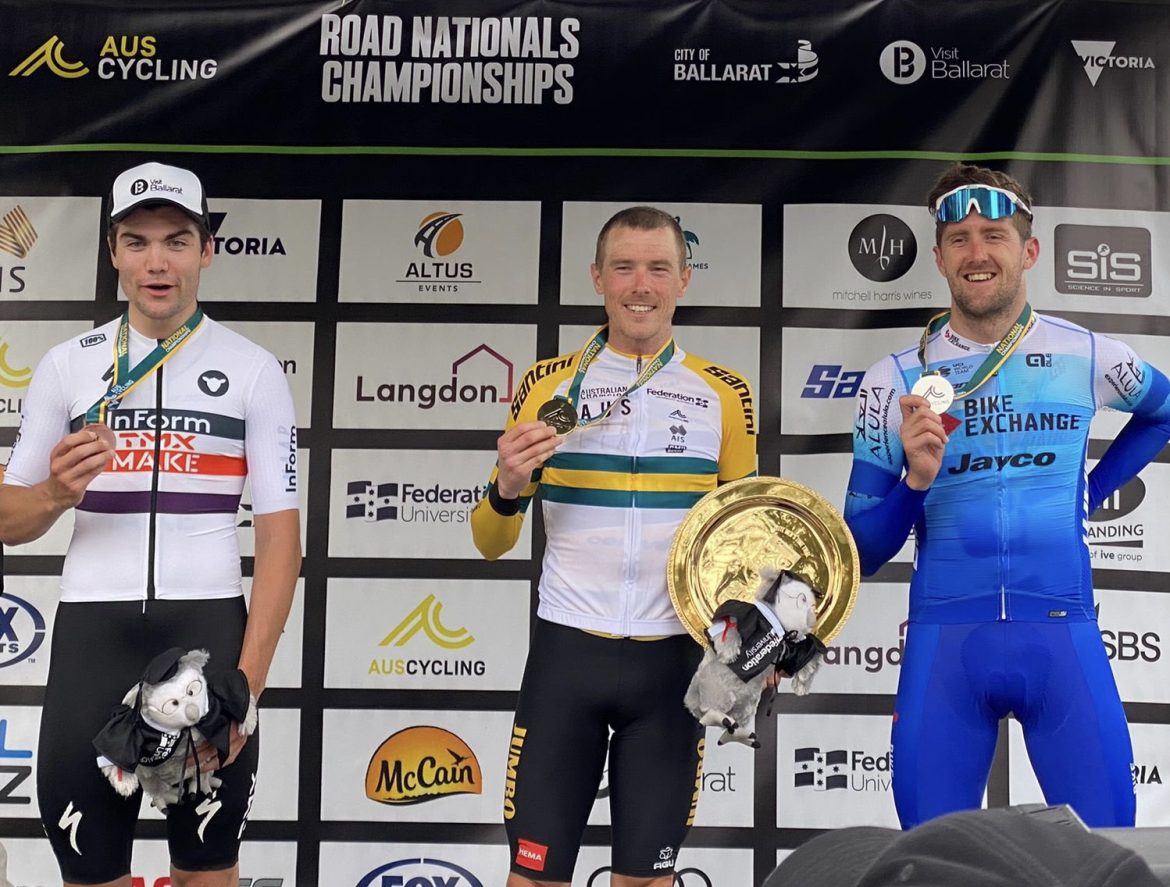 Rohan Dennis has graced his debut for Team Jumbo-Visma with a national title. On the 37.5 km course, the 31-year-old Dennis was the strongest in a time of 45:33. His nearest rival, Luke Durbridge, finished at more than a minute behind him. Dennis won his fourth national elite time trial title.

The newcomer immediately wanted to show what he was worth. “It’s always nice to become the national champion. For Australians, it is one of the hardest races to win. I’ve already shown that. I started as the world champion twice and couldn’t win here. It’s always about who can prepare best, as everyone brings their highest level. To achieve an important goal on your first race day gives confidence. Team Jumbo-Visma shows a lot of confidence in me. It was important to start well at the team by showing respect and performing right away.”

This Sunday, the Australian will try to win the road race. Chris Harper will also appear at the start. “Hopefully, it will be just as nice a day for Chris and me”, Dennis looked ahead.Dennis Australisch kampioen tijdrijden bij eerste optreden in geel-zwart