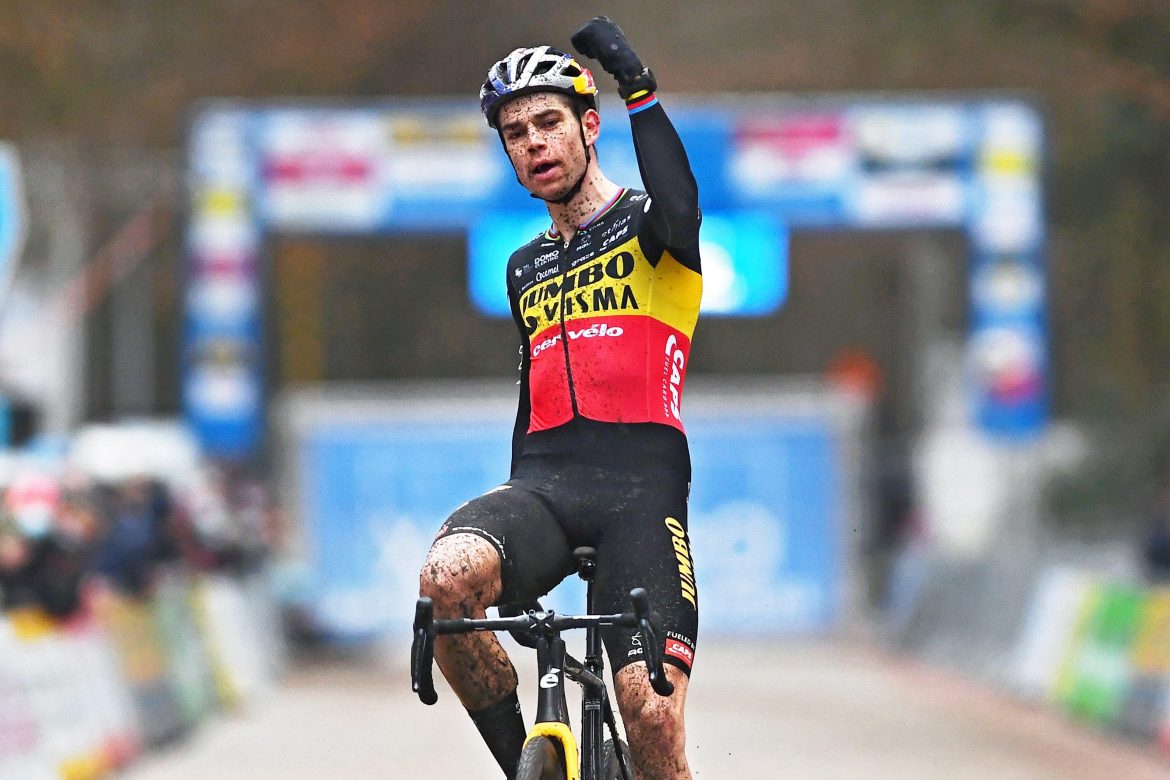 Wout van Aert has shown his class once again, this time in Herentals. The Belgian champion started the cross in his hometown well and never relinquished his leading position. For the rider of Team Jumbo-Visma, it resulted in his eighth victory of the cross season. Afterwards, Van Aert announced that he would not be competing in the World Championships in Fayetteville, USA, due to his road goals for next spring.

Van Aert showed that even after the bad luck in Hulst on Sunday, his morale was good. He increased his lead with every lap and won his eighth cyclocross race in nine races. By doing so, Van Aert showed he is in good shape ahead of Sunday’s Belgian championship in Middelkerke.

Shortly after the race, Van Aert gave a clear look at his race. “The tactic for today was pretty clear. In the first lap, the competition fought for the bonification seconds linked to the classification. Then I decided to increase the pace. I structured my race so that I could go full speed on the ski hill. I’m glad that tactic worked out well. I made a few mistakes along the way, so there is still room for improvement. At those moments in the race, I blame myself. It’s nice that I can finally celebrate the win in front of my family in my hometown.”

Afterwards, Van Aert announced that the cyclocross World Championships will not be part of his programme this season. “In consultation with the team, I decided not to ride the World Championships in Fayetteville. This was the intention from the beginning, but we have now made the decision. It creates essential preparation time for my goals on the road in the classic spring. That is what I will focus on after next Sunday”, Van Aert explained.