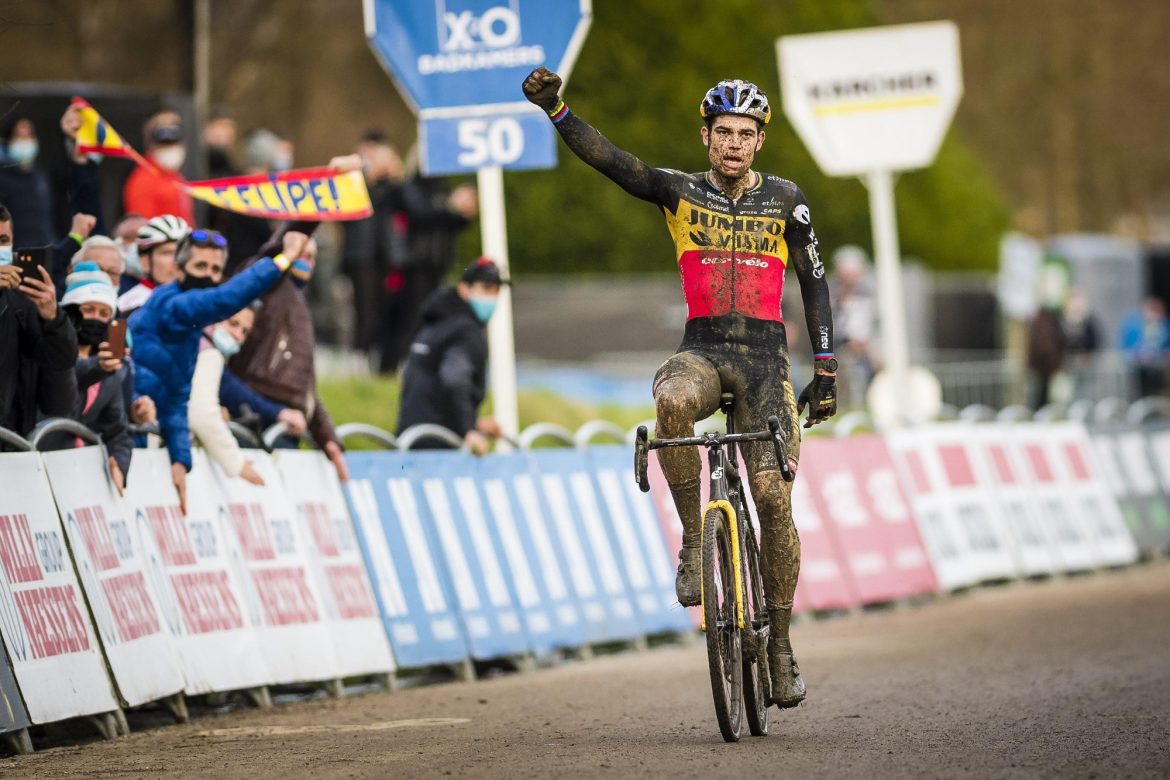 Wout van Aert has continued his victory march in the new year. On New Year’s Day, he won the GP Sven Nys in Baal in impressive fashion, despite having problems with his shoes after a crash. It was the seventh victory in a row for the Belgian champion. It was also the first win of 2022 for his employer Team Jumbo-Visma.

Due to a crash in the descent of the Balerberg and the subsequent shoe change, Van Aert had to chase Tom Pidcock and Eli Iserbyt. He succeeded with flying colours. “The crash was my fault”, the Fleming said. “I had to swap shoes. The race was still long after that, so I didn’t give up and fought my way back to the front. It was not easy.”

Van Aert also wanted to prevent Pidcock from noticing his equipment problems. “I only called sports director Jan Boven two corners before the pit lane. That allowed the mechanics to change gears quickly and grab other shoes. You don’t want to make your competitors any wiser during the race. Until the changeover, I couldn’t put any power on or jump over the bars. Good thing Pidcock didn’t notice that.”

The battle between Van Aert and his British rival was not decided until the final lap. “There were some parts of the course where I was able to use my strength and get closer and closer to Tom. It was a tough course with very sticky mud. On the steep uphill section, I gave everything on the last lap, and it worked. Then there was the running section and I was able to do well there too.”

Tomorrow, Sunday, Van Aert continues his cyclocross season with the World Cup in Hulst, Netherlands. “With good food, a good night’s sleep and a massage, I hope to be ready tomorrow with good legs. It’s going to be a tough race again. These are busy weeks, but I’m looking forward to it.”