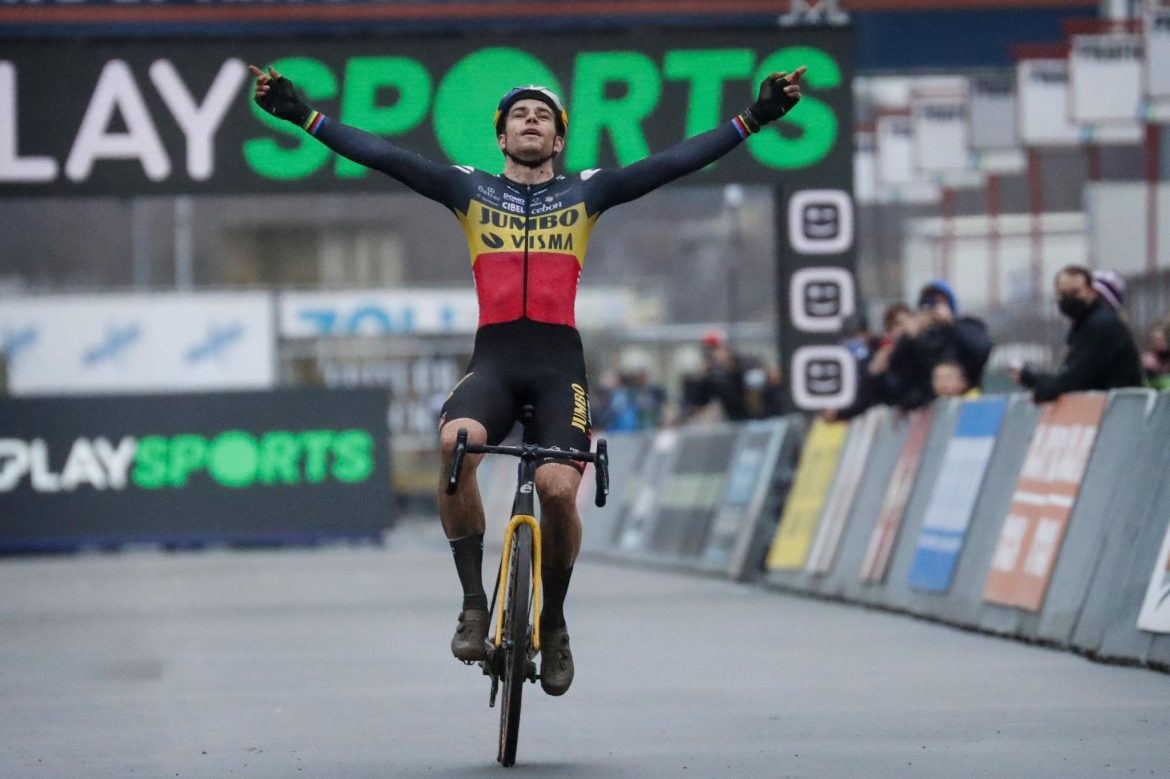 Wout van Aert has also won the fifth race in the still fledgling cross season. The Belgian champion rode at the front from the start and went on to win with a long solo in Heusden-Zolder. It is Van Aert’s fifth win in five cyclocross races.

Van Aert started from the second row, but the Belgian quickly manoeuvred his way to the front of the race. Halfway through the first lap, the rider of Team Jumbo-Visma increased the pace. By doing so, Van Aert laid the foundation for his victory and quickly rode to a glorious win.

“I felt the efforts of yesterday’s cross”, Van Aert acknowledged afterwards. “I had to wait and see how I would feel in the race. Fortunately, I had a good feeling pretty quickly. I quickly made a gap and was able to keep my own pace. I made one small mistake. That put me on edge again. Fortunately, I was able to recover and ride to victory. I look back on the past two races with satisfaction. I need to rest well for two days and fill up the energy tank again. The next cross in Loenhout awaits on Thursday.”