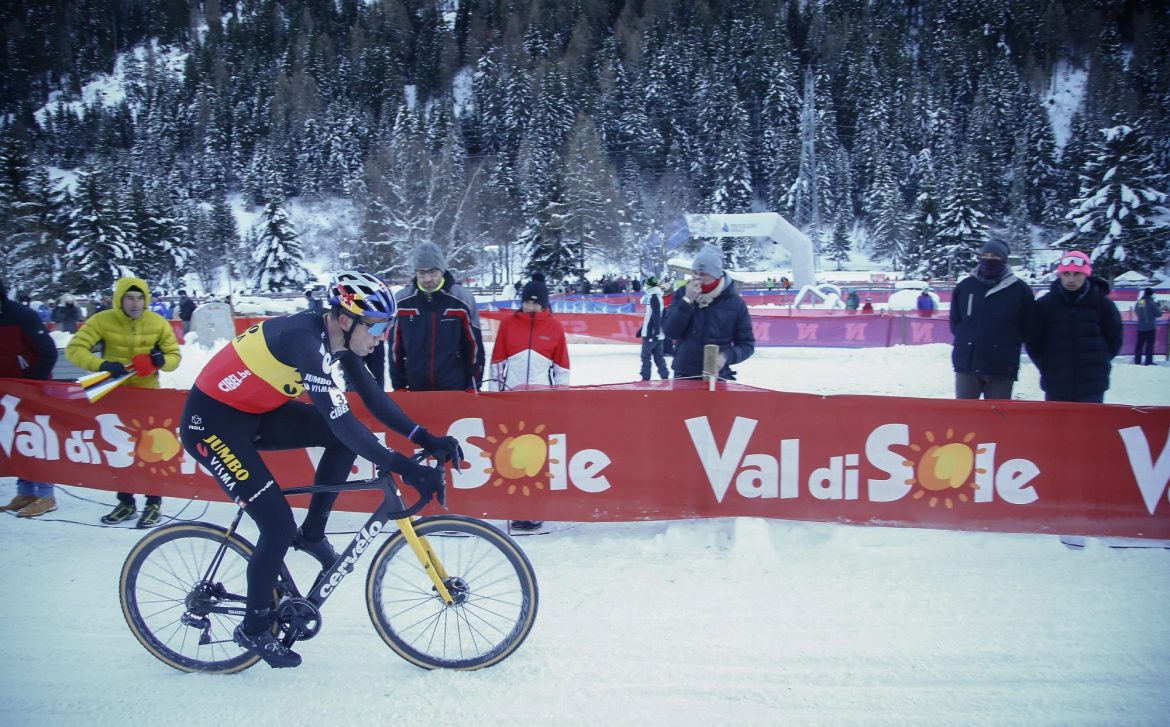 Wout van Aert has won a cyclocross race for the third time in eight days. In the snow of the Italian Val di Sole, the rider of Team Jumbo-Visma raced to victory again the day after his victory in Essen.

Van Aert rode a strong race from the start. The Belgian champion was right up front. As early as the second lap he went on the attack and forced the entire competition to follow. Making mistakes proved unavoidable on the slippery course. Van Aert crashed a few times but was able to continue his race without any problems. In the closing stages, the Team Jumbo-Visma rider maintained a high pace, allowing him to get ready for his third victory of the season.

“The most important thing was to recover quickly after some slippy sliding. It was virtually impossible to stay on the bike the whole race”, Van Aert analysed shortly after his victory. The winner was impressed with the conditions in Val di Sole. “I think today we saw sport at the highest level. Many spectacular events happened. Today’s race is proof that cyclocross can be organised anywhere in the world. I am happy that I could be part of this great fight. I’m now focusing on a training camp with the team, after which I will continue my cross season in Dendermonde. For now, I can speak of a successful start of this period.”

Earlier during the day, Marianne Vos rode to second place on the same course. The former world champion produced an impressive catch-up race but lost out to Fem van Empel in the last corner when she got stuck behind a pole.

“I gambled on an attack in the last descent, but I made a mistake there. The race didn’t last long enough after that to catch up with her. I can be happy with my second place and with the fact that I was still competing for the win at the end”, Vos spoke after her second-place finish.