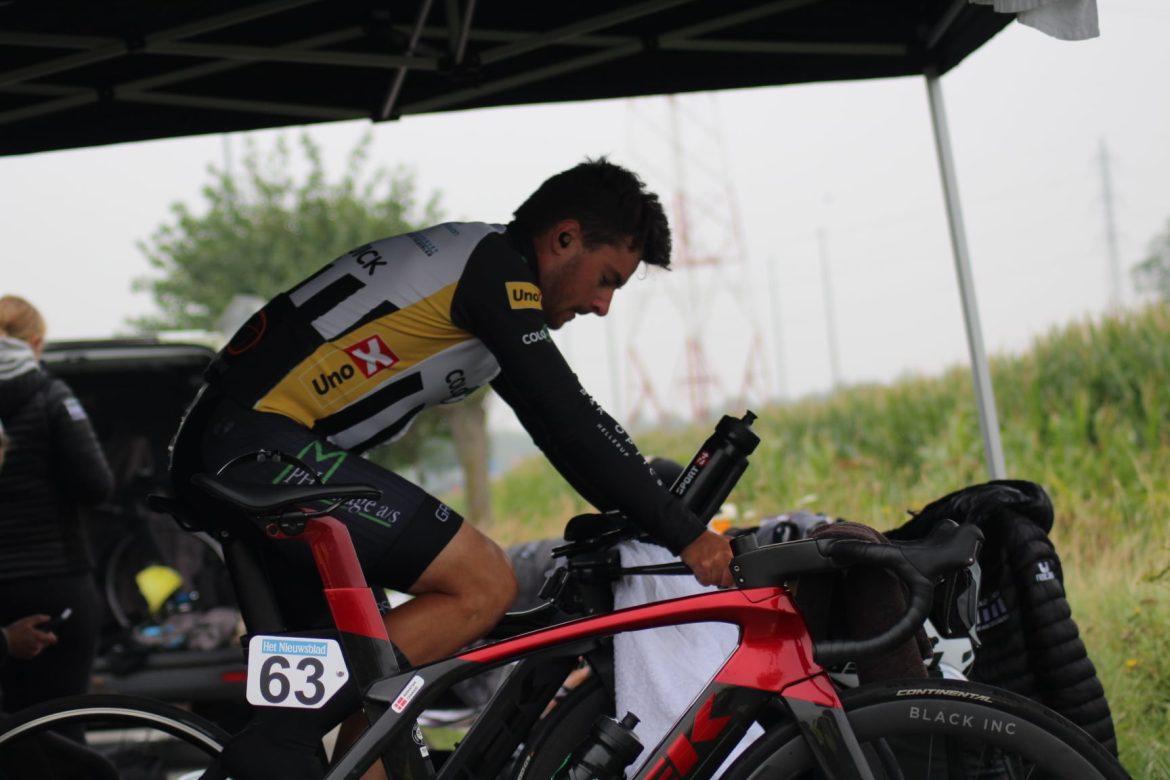 EF Education First-NIPPO are proud to announce the formation of our development team. The team will focus on fostering talent from far and wide in a supportive environment.

The team, which will ride as the EF Education-NIPPO Development Team, will work closely with its WorldTour counterpart to provide riders with opportunities to grow into — and flourish at — the WorldTour level.

“The idea has been developing over the years,” said Marcello Albasini, manager of EF Education-NIPPO Development Team. “We approached EF Pro Cycling CEO Jonathan Vaughters to make an official development team, which he thought was a great idea because then they would have first choice of top athletes to then bring into the EF system.”

At this point, the roster has 15 riders from seven different countries. The team will race as a UCI Continental team based out of the United States.

While reaching the WorldTour takes years of hard work and persistence, it also takes opportunity. For this reason, the team will focus in part on developing riders from countries often underrepresented in the professional peloton.

“It’s very important that the team doesn’t identify with one specific nation, saying ‘it’s an American team’ or ‘It’s only Swiss’ or ‘It’s only Japanese.’ It’s very much an international team,” Albasini said. “We want to bring talent from around the world and bring them into the professional system. It will be an international team where everybody can learn from one another. It’s critical that they understand the difference around the world of what every athlete goes through to try to be a professional athlete.”

Because cyclists often struggle with the disparity between racing at the continental level versus the WorldTour level, the goal of the development team is to prepare riders for WorldTour racing without overwhelming them.

“We’ve got some really strong young guys that are at the point where they’re knocking on the door for turning pro. One of the guys turning pro with the EF Education-NIPPO WorldTour squad is a goal we have in the first season,” Albasini said.

Because the UCI allows for riders on a development team to race on their WorldTour counterpart team and vice versa, the development riders will have ample opportunities for mentorship and to experience the WorldTour firsthand.

“That means at certain races you could have two WorldTour riders and four continental riders racing in the same race together,” Albasini said. “We could send one or two of our top riders to the WorldTour team to work in a much higher or a much more professional environment to learn what it’s like before moving up.”

“I’m excited about the development team for a number of reasons,” EF Pro Cycling CEO Jonathan Vaughters said. “I think it’s really important for riders to have a team where they can learn but not be in over their heads right away. Since we can move riders between squads, that allows us to bring real experience to the younger team, both on the roads and at dinner tables. And it’s important the team is focusing on developing athletes from countries that aren’t known as cycling hotbeds. It provides a great opportunity for riders to be noticed, and it allows us to spot talent that may have been overlooked. The educational and mentorship components are very important to us. We started as a development team years ago, so it’s fun to be part of this level of cycling again.”

Albasini noted that, historically, riders from a handful of countries tend to “get a lot more opportunities than certain countries. It’s a lot harder for countries like Japan, Poland, Ethiopia and Eritrea to get opportunities,” he said.

The young roster is not only international but also versatile.

“We’ve tried to make it a very complete squad. We’ve got young, up-and-coming sprinters with speed. There are a few really talented climbers so we’re all set in that department. We’ve brought on Classics-type riders. We made the decision of what we thought was a great combination of youth and experience, all the while making sure that it’s international,” Albasini said.

Cannondale will supply the team’s bikes and provide technical support. “Cannondale is proud to partner with a team that develops young riders and looks to expand cycling beyond traditional regions,” said Jonathan Geran, head of sports marketing at Cannondale.