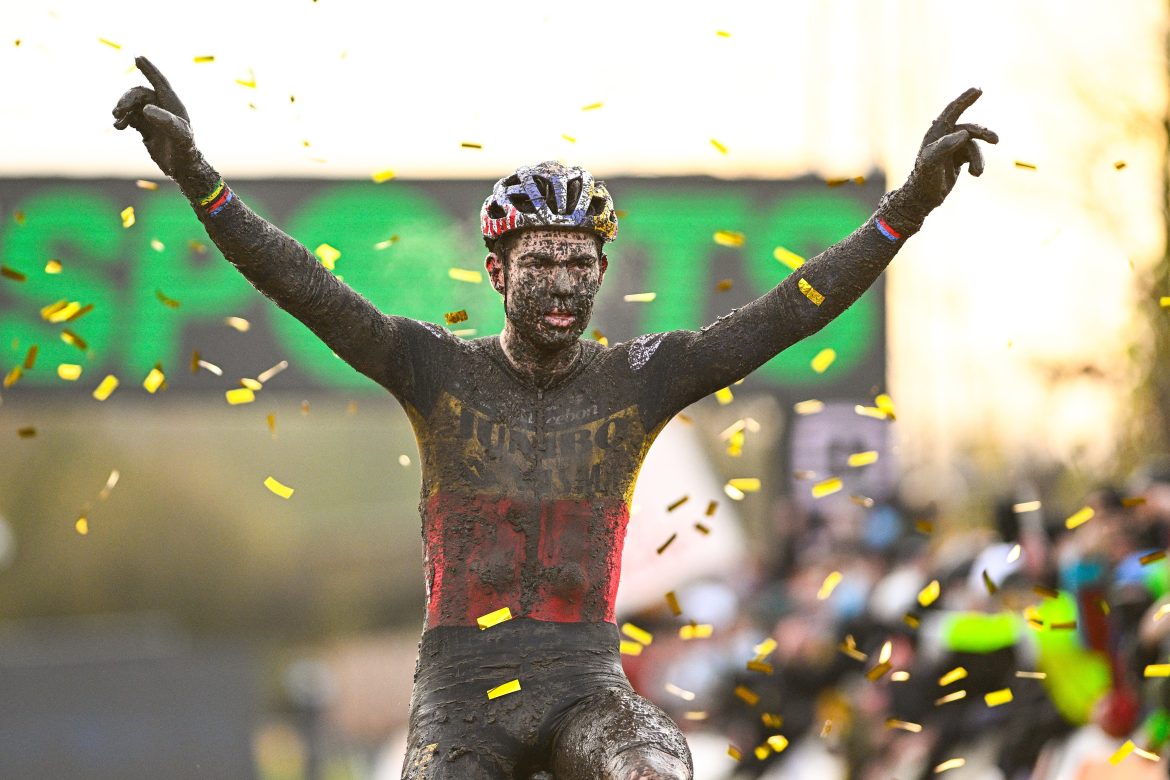 Wout van Aert has marked his return to the field in style. After a strong start, the Superprestige race in Boom was right up the Belgian champion’s alley. Van Aert was able to win in Boom for the third time in his career.

Soon after the start it became clear that Van Aert had set his sights on a good result. He proved to be strong right from the start and was alert at the head of the race. When his competitors had to set foot on the ground, Van Aert was able to dig deep and be the only one to conquer a hill while remaining seated on his bike. After a new increase in pace by Van Aert, only Toon Aerts was able to follow. The latter was unable to prevent a crash on a descent, however, after which Van Aert found himself alone in the lead. The rider of Team Jumbo-Visma increased his lead with each kilometre. In the final, he slipped down but helped by his comfortable lead, the victory was no longer in danger.

“I hadn’t expected this result”, Van Aert admitted. “Today’s course was made for me. The start was good and I could quickly move up a few places. After I got in front and noticed that there was no one in my wheel, I decided to go at my own pace. Fortunately, this turned out to be faster than that of the rest. At the end I got a little tired and crashed. Fortunately, I got away without any injuries. I’m glad that the training efforts of the past few weeks paid off today. This gives me motivation for the upcoming races.”