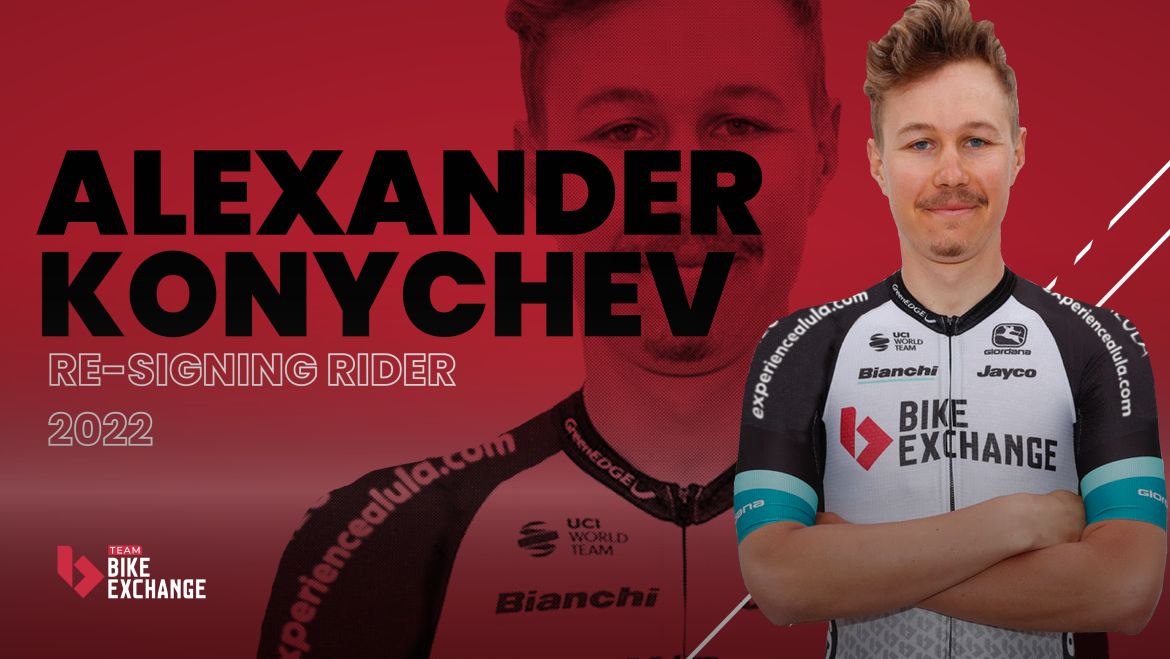 23-year-old Alex Konychev has re-signed with Team BikeExchange for another year after turning professional with the squad in 2020.

The Italian neo-pro had a disrupted initial season as a WorldTour rider after suffering from COVID-19, but since recovered well and has settled his way into professional peloton throughout 2021, displaying his great strength and potential for the future, after some standout performances when assisting his teammates.

Brent Copeland, General Manager on Konychev:
“Konychev is still young, and we see a lot of potential in him. He is becoming more mature as a rider and as a person, and this is an important phase of his career. We will do everything possible to support his growth, and we are sure he will demonstrate his talent with strong performances already in the first few races of the new season.

It’s a crucial moment for his professional career. He has only been with us for two seasons, but has already acquired the spirit of GreenEDGE Cycling and for us, this is also very important.”

Alex Konychev:
“I chose to stay in Team BikeExchange because, first of all, it is the squad that really believed in me and that offered me the contract to become a professional rider. After two years of gaining experience, I am increasingly convinced that it is a team where, not only can you work very well for others, but a team that also offers the best conditions to continue professional growth.

For next season, I hope to be able to repay the trust that the team has given me, and this will also include the achievement of significant results.”