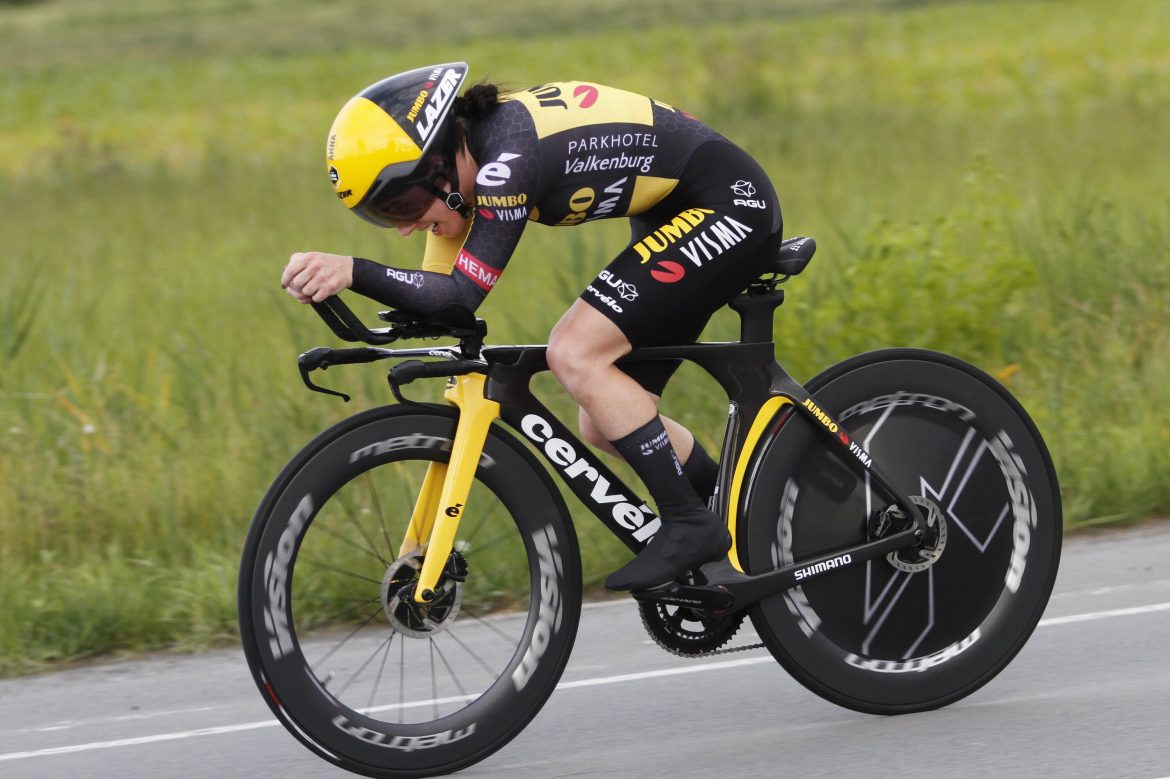 Anna Henderson has secured the national time trial title in her home country. The British rider of Team Jumbo-Visma Women posted a time of 43:04 over the nearly 30-kilometre course, putting the numbers two and three just under a minute behind.

“I was surprised by my victory because the level of the riders was high today”, Henderson said. “I am thrilled. Together with my coach Marieke I had made a good pacing plan. It was tough, but I just kept going on the climbs and tried to recover a bit on the descents and technical sections. I am very proud of this performance. Now I will try to recover well for the weekend and then I will go for it again in the road race.”

It is Henderson’s fourth win of the season. She previously won two stages and the final classification in Kreiz Breizh Elites. Today’s win brings the Team Jumbo-Visma Women victory tally to twelve.

Performance coach Marieke van Wanroij: “Anna has ridden on her limit. Technically she rode well, also in the descent. She can be very proud of her performance.”