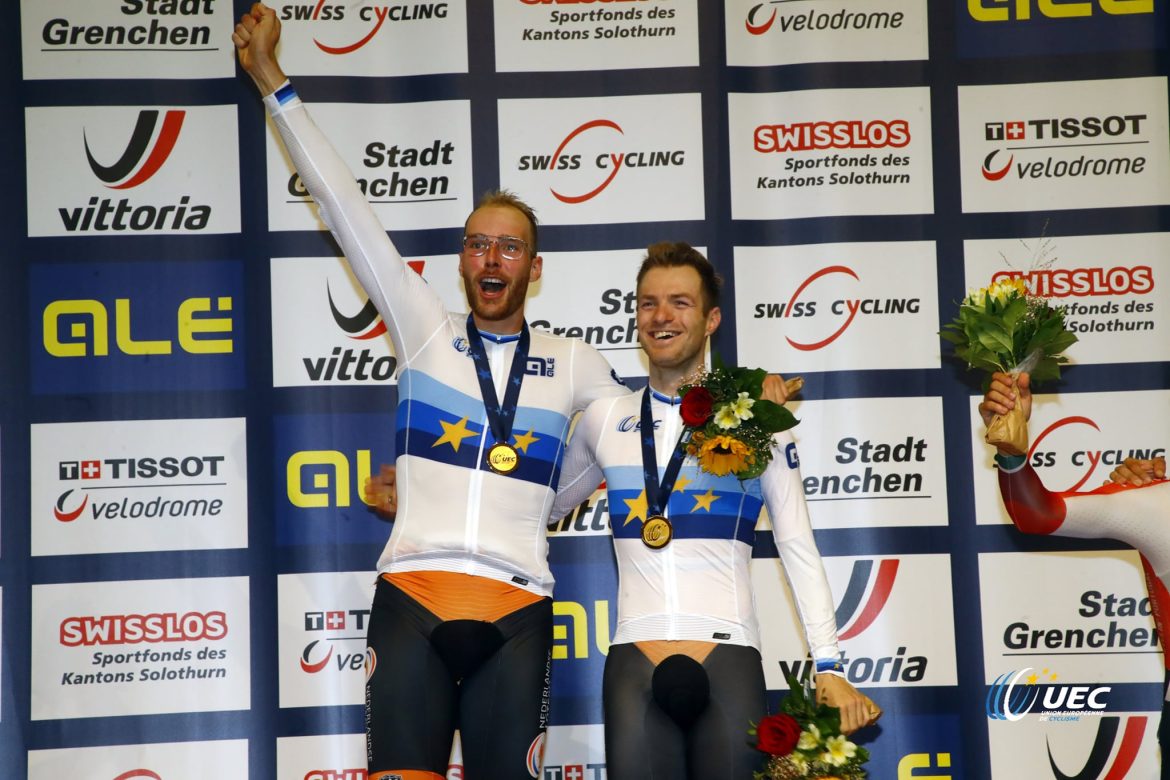 The 2021 edition of the Elite Track European Championships finished at the Tissot Velodrome in Grenchen
(Switzerland) with a win by Yoeri Havik and Jan Willem van Schip (Netherlands) in the Men’s Madison.
240 athletes (142 men and 98 women), from 26 countries, took part in the competition in a facility which had
already hosted the continental event in 2015. This year, no fewer than ten Tokyo Olympic Games gold
medallists competed.

In the medals table, the Netherlands came top with 7 gold medals, 3 silver and 1 bronze, ahead of Germany,
second with 8 medals (3, 3 and 2) and Russia which finished with 3 gold medals, 1 silver and 5 bronze.
Technically speaking, the performances of some of the best riders from the international scene were
remarkable. The Team Pursuit Olympic Champion, the German Lisa Brennauer, won the two gold medals on
offer in the Pursuit races, Individual and Team with Franziska Brauße, Mieke Kröger (her teammates in the
Tokyo 2020 race) and Laura Sussemilch.

The Netherlands proved themselves as the team to beat in the Sprint races winning the two Team race titles
(achieving a new women’s world record: 46”551) and in the Sprint with the Olympic Champion Shanne
Braspennincx, and the Keirin with Jeoffrey Hoogland.

Among the other remarkable results, the young Italian Jonathan Milan’s win in the Individual Pursuit, aged 21,
Team Pursuit Olympic Champion, and also that of Benjamin Thomas in the Points race and the Briton Katie
Archibald in the Scratch and the Madison, speciality in which she won the gold medal at the Tokyo Olympic
Games together with Neah Evans.

The next edition of the Track European Championships will be held in Munich (Germany) from 11 to 16 August
2022.