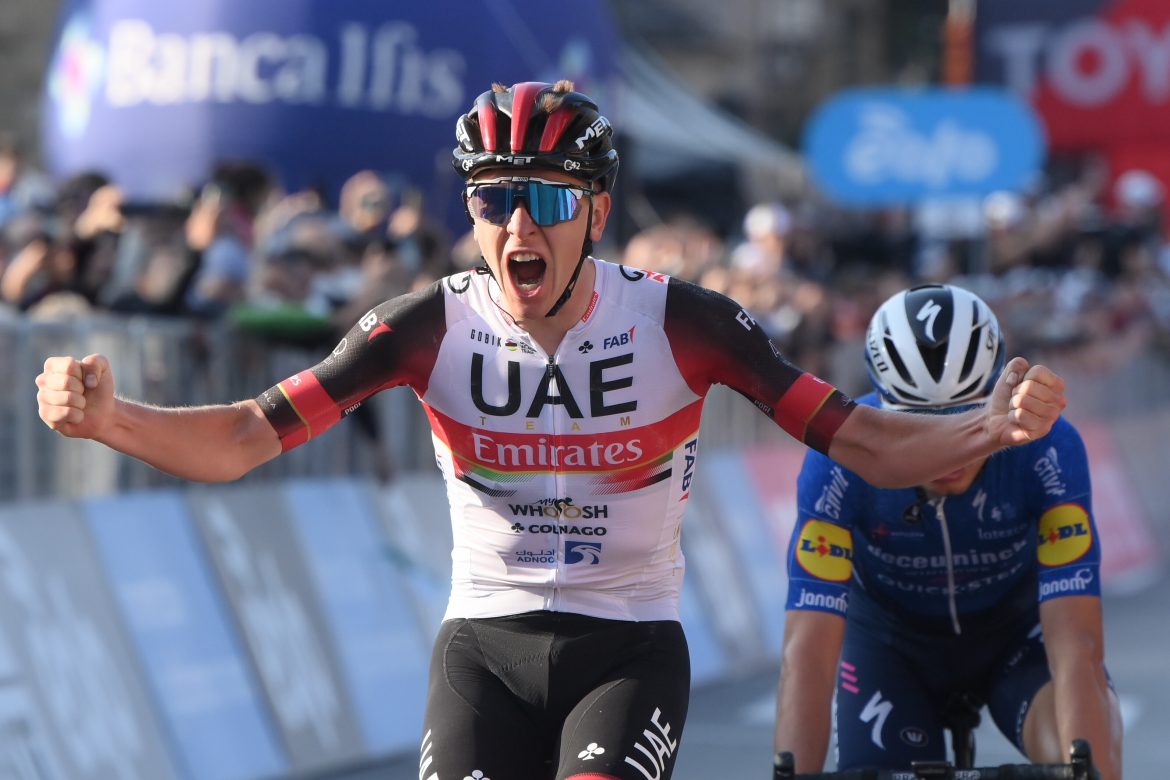 After the UAE Tour, Tirreno-Adriatico, Liège-Bastogne-Liège, Tour of Slovenia and Tour de France, Tadej Pogačar won Il Lombardia on his first attempt at the ‘classic of the falling leaves’. He rode away from the favourites group with 36km to go on the new key point of the course, Passo Ganda. Only Fausto Masnada came across to him. The Bergamo-born rider opted for a defensive tactic as world champion Julian Alaphilippe, his team-mate from Deceuninck-Quick Step, was in the chasing group. Pogačar made the best of the two-man sprint in Bergamo whereas Adam Yates placed third at the expense of pre-race hot favourite Primož Roglič.