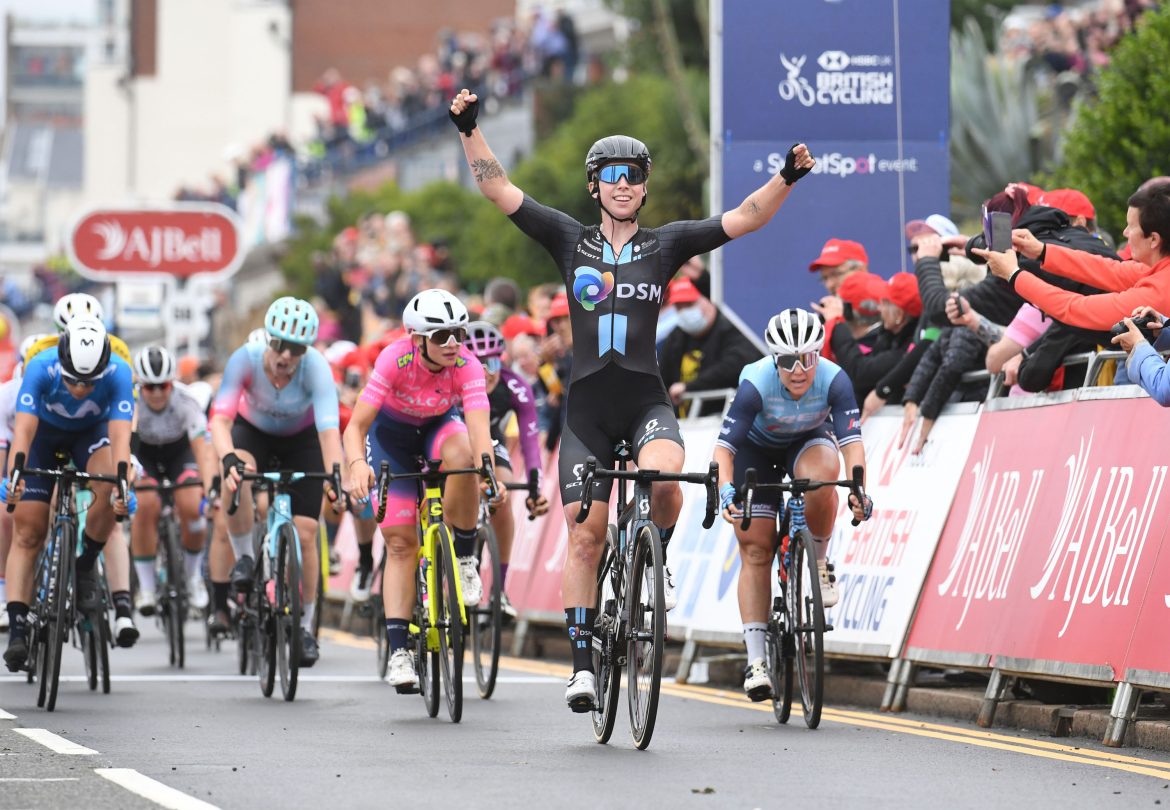 The Dutch rider produced a dominant sprint finish along Westcliff’s Western Esplanade in front of a huge crowd to take victory ahead of Chiara Consonni (Valcar – Travel & Service) and Trek – Segafredo’s Chloe Hosking.

“My team stayed on the front and really controlled it,” said Vollering, “So that was nice. A lot of other teams wanted to sprint here so we were not the only ones who wanted to keep together so that was a bit more easy for us.”

Looking ahead to the next two days and defending her lead, the SD Worx rider said; We have a really strong team here so I think that we will be fine.”

At 22 years old, and making her debut in the race, Wiebes becomes the third youngest stage winner in AJ Bell Women’s Tour history.

“The win means a lot,” said Wiebes. “We really went for this win.  Pfeiffer Georgi was really close at stage two so I’m really happy for the team that we took it today.”

Departing from Shoeburyness’ East Beach, the opening hour of racing was run off at over 42kph before a breakaway could stick, with first Janneke Ensing (Team BikeExchange) going solo and then after she was caught Movistar’s Lourdes Oyarbide built almost a minute’s lead.

The Spaniard was caught with 37 kilometres to go and with the pace high even a flurry of attacks on the short ŠKODA Queen of the Mountains climb of Hambro Hill with a little over 10 kilometres to go couldn’t prevent the sprint along Southend’s Western Esplanade.

Thanks to her fourth place on the stage Sheyla Gutierrez takes the Sigma Sports Points jersey while the standings in the other two classifications remain unchanged with Elisa Chabbey (Canyon SRAM Racing) in the ŠKODA Queen of the Mountains jersey and Nina Kessler (Team TIBCO Silicon Valley Bank) in the Eisberg Sprints jersey.