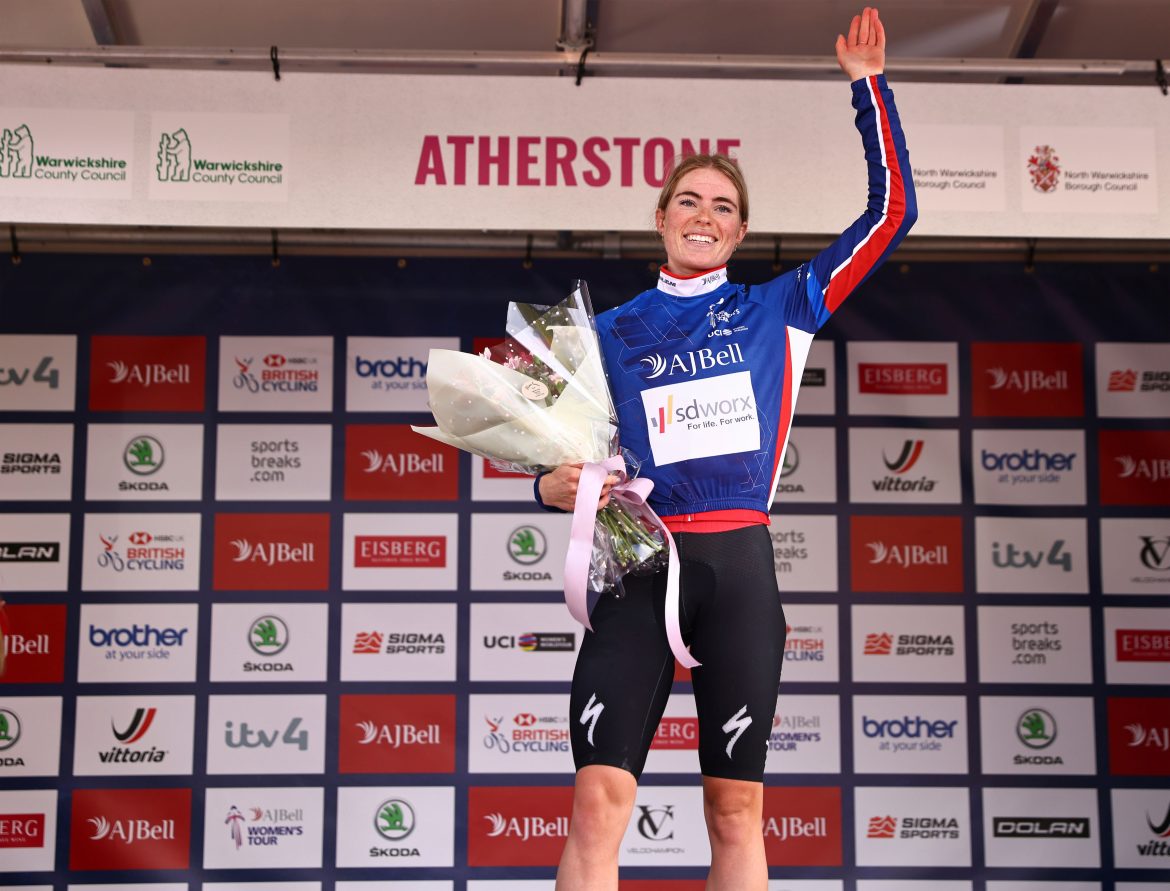 The Team SD Worx rider was the only rider to go under the 24-minute mark for the 16.6-kilometre test, with her time of 23:18 beating nearest challenger and newly-crowned UCI Hour Record holder Joss Lowden (Drops – Le Col s/b TEMPUR) by 1:04.

Vollering holds a dominant gap of 1:09 over Juliette Labous (Team DSM), who was fifth on the day. Overnight leader Clara Copponi (FDJ Nouvelle – Aquitaine) finished 11th on the stage and slipped to third overall, 1:19 off the pace.

Lowden moves up to sixth overall and top British rider, 1:47 back on the lead, with fellow Brits Alice Barnes (8th) and Pfeiffer Georgi (10th) also in the top ten.

“The start was uphill so I knew I could win it or I could lose it there if I didn’t go full gas,” said Vollering. “The first 4km I went all out and the middle part was the hardest part.  There was a lot of headwind after the first half of the time trial, which made it really hard. The last part again full gas, everything out.”

Looking ahead to defending her lead as the race moves to the East of England for the final three stages, the SD Worx rider said; “It would be nice of course, but first to recover, so we will see.  We have a good team for it, so I am curious to see how the rest of the week will go.”

Highlights of Stage Three are on ITV4 at 20:00 on Wednesday 6 October and available on demand via the ITV Hub.

Speaking after the stage North Warwickshire Borough Council Leader, Cllr David Wright said; “What a wonderful day for Atherstone! We’ve thoroughly enjoyed the buzz of hosting the AJ Bell Women’s Tour first-ever time trial here today, it was fantastic to welcome crowds back into the town again. Huge congratulations to Team SD Worx’s Demi Vollering who takes victory with the fastest time of the day and good luck to all the riders for the remainder of the Tour.

“The Women’s Tour never fails to bring anything but an extremely well organised event, huge thanks to them and all our Borough Council officers who have worked incredibly hard to ensure the day was a success. Thank you also to all our local businesses and residents who have been supportive and accommodating, I hope those of you who attended event and all the visitors to the town had a great day.”

Stage Four of the AJ Bell Women’s Tour takes place in Southend-on-Sea with riders facing a 117.8-kilometre (73.3-mile) stage between Shoeburyness and Southend’s Western Esplanade, the first time that the town has hosted the event.