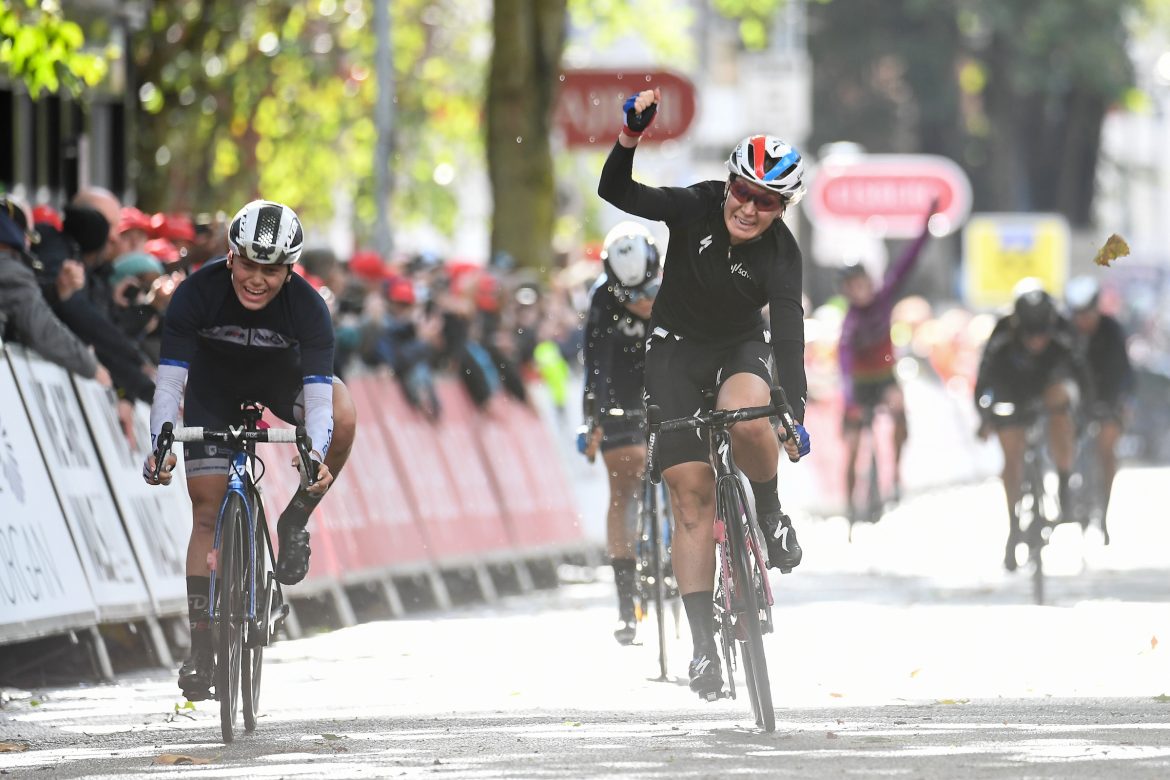 Overnight race leader Marta Bastianelli (Alé BTC Ljubljana) finished within the peloton, 46 seconds behind the leaders, and conceded the AJ Bell blue jersey to Copponi, who is making her debut in the race in 2021.

Copponi and Pieters are level on time, while only six others are within 10 seconds of the race lead going into Wednesday’s individual time trial in Atherstone, North Warwickshire.

“It was a hectic final”, said Pieters after claiming her fourth career win in the AJ Bell Women’s Tour. “I think the whole day was pretty hectic.  There was still a small gap after the last corner but I thought I just need to start to sprint. It was an urgent sprint but it went well at the end. “The whole day was really aggressive, I think that we were the only ones attacking. We kept attacking with the team and at the end we went away and it was a really good group and luckily we made it.”

After setting off from Walsall’s Victorian Arboretum in wet conditions the peloton tackled 10 laps of a 10-kilometre circuit featuring the climb of Barr Beacon on every lap. The penultimate lap brought multiple attacks, with the race-winning move going clear and building a lead of half a minute on the run back to the finish in Walsall town centre.

British rider Pfeiffer Georgi (Team DSM) went clear in the last kilometre, leading through the final turn on to the Lichfield Street finishing straight, but with only a handful of metres’ of advantage over the fast-charging Pieters and Copponi.  Georgi held on to take fifth and top Brit on the day, moving her up to eighth overall, just 10 seconds off the overall lead. Behind the leading 10, Lorena Wiebes (Team DSM) led in the main field.

Highlights of Stage Two are on ITV4 at 20:00 on Tuesday 5 October and available on demand via the ITV Hub.

Stage Three of the AJ Bell Women’s Tour is the race’s first ever individual time trial.  Taking place over a 16.6-kilometre (10.3-mile) course starting and finishing in Atherstone town centre in North Warwickshire.  The first rider starts at 12:01.