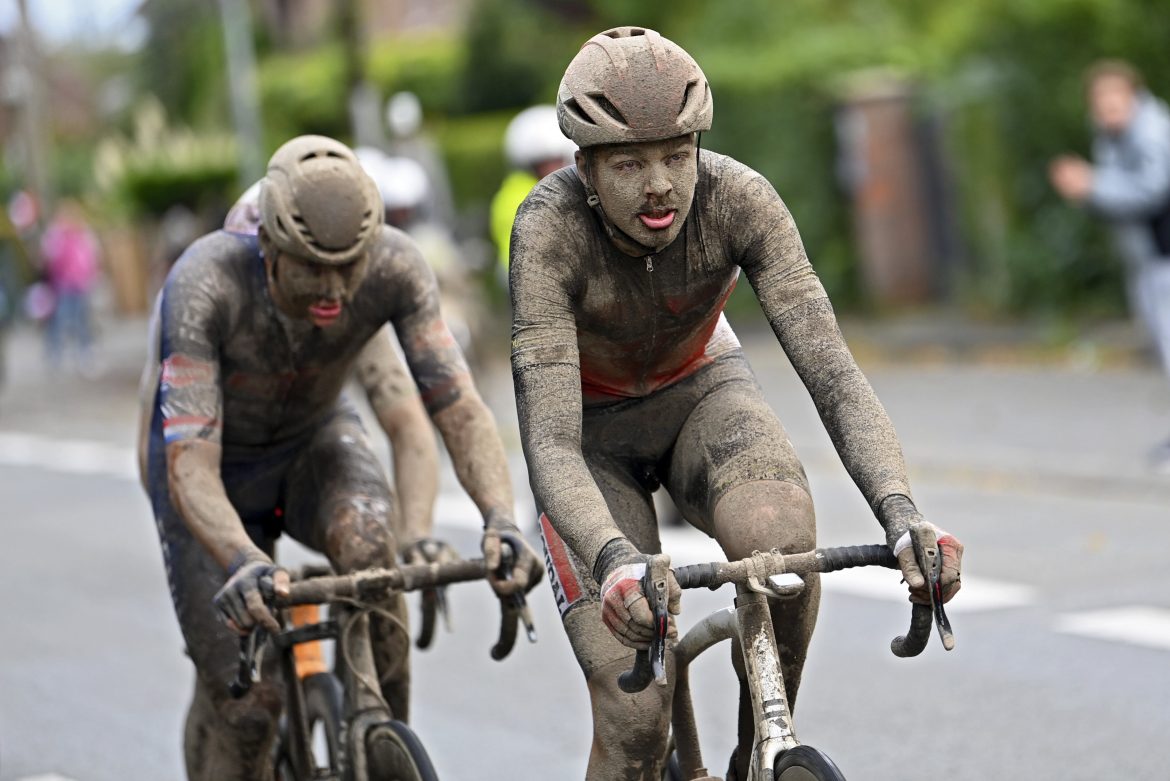 Lotto Soudal rider Florian Vermeersch finished on an impressive second place at Paris-Roubaix. After a true battle of attrition in the Hell of the North, Mathieu Van der Poel, Sonny Colbrelli and Florian Vermeersch sprinted for victory on the Roubaix velodrome. The 22-year-old Belgian was the first to launch a powerful sprint, only to be overtaken in the final metres by the Italian Sonny Colbrelli. That way, Vermeersch had to settle for second place on his debut at Paris-Roubaix.

“At the moment, I am mainly disappointed after this second place, but I think this will soon turn to pride. This performance gives me a lot of confidence towards the future because actually, I never thought to be this close to the victory today. But a second place is also a bit sour as well”, reacts an emotional Florian Vermeersch.

An epic 118th edition of Paris-Roubaix will be one for the history books. While the rain came pouring down, a big breakaway of about thirty riders went clear at over 200 kilometres from the finish. This move included three Lotto Soudal riders: Harry Sweeny, Tosh Van der Sande and Florian Vermeersch. From the first cobbled sector, the field was thinned out and it was the duo Eekhoff-Vermeersch who were the first riders to enter the forest of Arenberg.

“It felt like war out there, but it gave me a huge kick to be the first rider to take on several cobbled sectors like the mythical Trouée d’Arenberg. Also the many Belgian fans along the course gave me wings. And my experience as a cyclocross rider came in handy today. Despite it’s been a long time I competed in a cyclocross race, sliding on the cobbles still felt familiar.”

Following a real battle of attrition after the famous five-star sector Trouée d’Arenberg, three riders eventually remained at the front: Gianni Moscon, Florian Vermeersch and Tom Van Asbroeck. When Moscon went solo just before Mons-en-Pévèle, Vermeersch and Van Asbroeck were forced to chase. The Italian built up a nice advantage but after a puncture and crash at around 30 kilometres from the line, a chasing group including Florian Vermeersch caught Moscon. Eventually, Sonny Colbrelli, Mathieu Van der Poel and Florian Vermeersch remained at the front after the infamous Carrefour de l’Arbre sector. These three riders would also sprint for victory on the Roubaix velodrome. Vermeersch tried to surprise and was the first to launch a powerful sprint, only to be passed in the final metres by Colbrelli. That way, the 22-year-old Belgian ended his debut at Paris-Roubaix in a fantastic second place.

“After putting in a first attack in the final, I immediately felt that I would not be given any room to play with. I waited a bit and attacked again at two kilometres from the finish. Unfortunately, I couldn’t get away. Colbrelli and Van der Poel are able to win bunch sprints so I had to go for a surprise move. That also succeeded, as I was the first to come out of the last corner. Unfortunately, I was cramping up and Colbrelli could pass me in the final metres.”