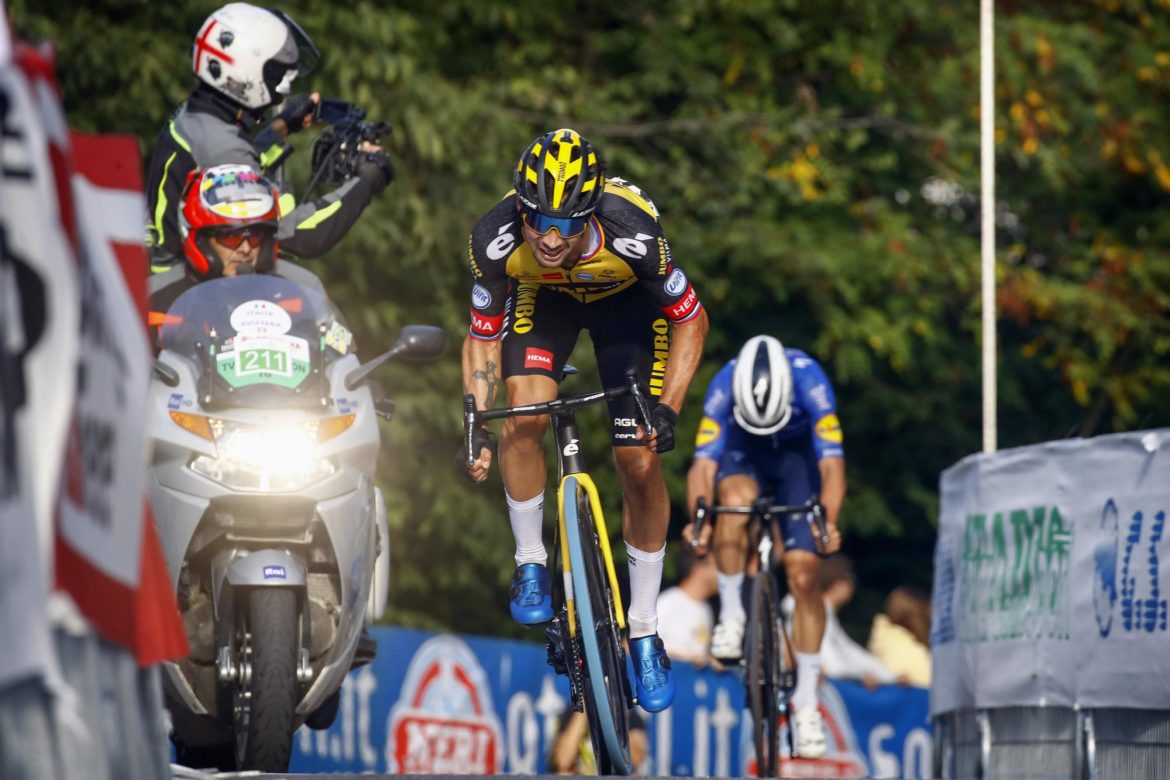 Primoz Roglic has won the Giro dell’Emilia for the second time. The many top riders made for an attractive race, in which the Slovenian of Team Jumbo-Visma won on the final climb in Bologna.

The overture of a quartet of Italian autumn classics had a traditional course. Ten riders escaped. The peloton did not allow them to increase their lead too much. At the foot of the hill towards the Basilica of San Luca, which had to be conquered five times, the battle really started. Eight riders, including Roglic and Jonas Vingegaard, outflanked the original break of the day.

What followed was an exciting battle between the riders at the front. Roglic rode alertly and parried attacks from Remco Evenepoel, Joao Almeida, Michael Woods and Adam Yates, among others. In the last kilometre he decided to accelerate. The Slovenian then crossed the finish line solo and won. As a result, he increased his number of season wins to twelve. Team Jumbo-Visma’s victory tally is now at 41. If the Olympic time trial title of the Slovenian is included, the number 42.

“It was a tough race”, Roglic acknowledged. “We were in control of the race all day. The whole team contributed to that. At about forty kilometers from the finish line, we came to the front with several strong riders. It was a good scenario that Jonas and I were there, and a little before that Sepp as well. We rode alertly all day and were in the places we wanted to be. I was able to follow every attack in the final phase. In the last few hundred metres I saw my chance and decided to attack myself. Luckily I had good legs and I was able to take the victory. Again I enjoyed the crowd along the side. That makes this victory extra nice. I have a lot of good memories of this climb and I’m glad I was able to add one today. Hopefully, I can return here in the future and fight for victory again. The focus now is on Milan-Turin and the Tour of Lombardy. I’m ready to end the season in a beautiful way”, ended Roglic, who also won the prologue of the Giro at San Luca.