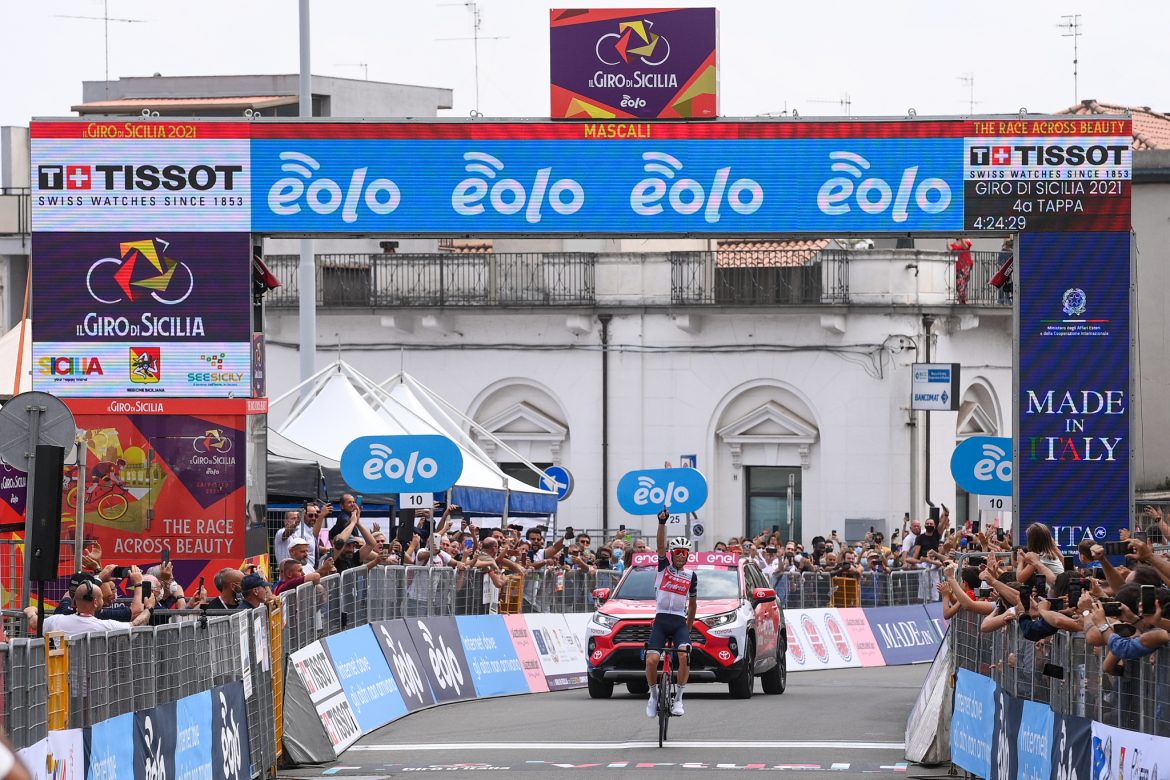 Vincenzo Nibali powered to victory by attacking solo with 22km to go and 6km yet to climb on the Sciara di Scorciavacca after a morning breakaway that included Chris Froome was brought back by the GC contenders. ‘The Shark’ of the nearby Strait of Messina reached Mascali with an advantage of 49’’ over his compatriots Simone Ravanelli and Alessandro Covi. The latter of whom took the best young rider competition and rounded out the final podium alongside two greats of the sport; Nibali and Valverde.

Nibali last won a bike race at the 2019 Tour de France (Stage 20, ahead of…Valverde). This is his first ever victory as a pro rider in Sicily at the age of 36.