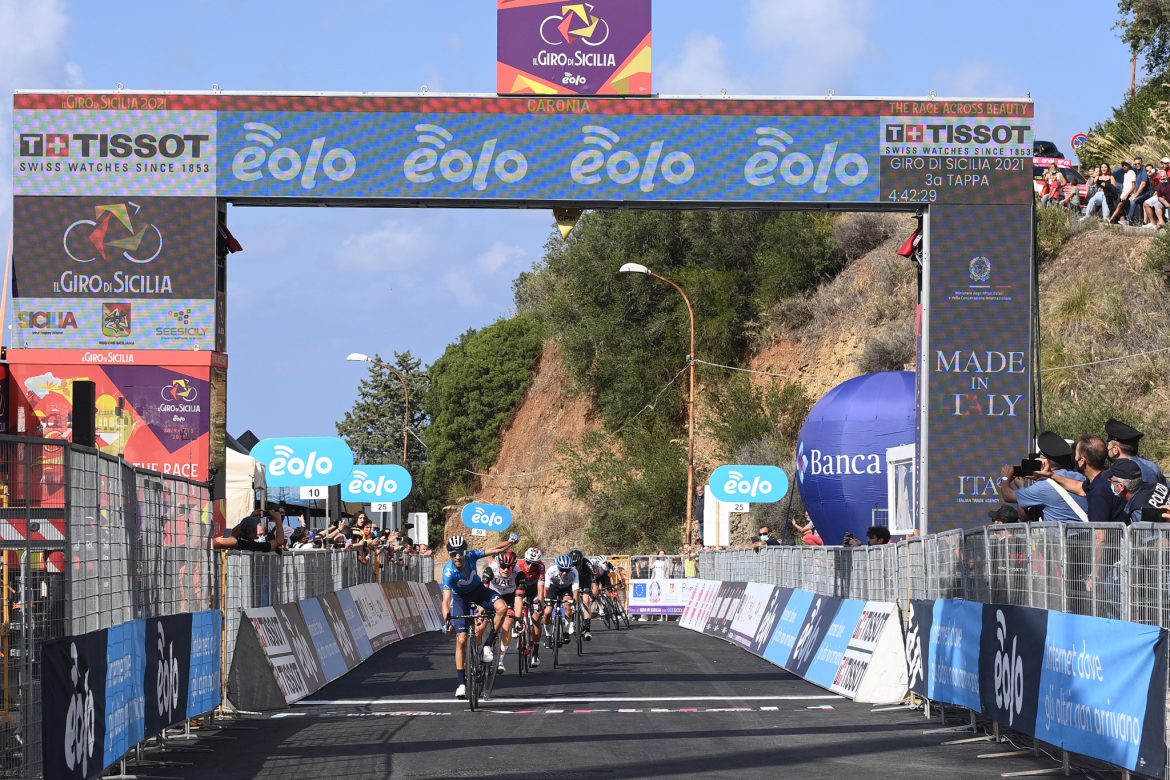 Alejandro Valverde claimed an emotional win at Caronia at the end of a 3.5km hilltop finish, just 40 days after his dramatic crash on Stage 7 of La Vuelta. His team Movistar set a high pace after the last breakaway rider Benjamin King – who now leads the King of the Mountains classification – was reeled in.

The 41 year-old Spaniard seized command of the leading group by himself inside the last kilometre to take the final bend in first position and thus beat on the line Italy’s Alessandro Covi (who is the new best young rider) and Colombia’s Jonathan Restrepo. Courtesy of the intermediate sprint he won at Castel di Tusa with 35km to go and the time bonus on the finishing line, Valverde leads Il Giro di Sicilia by 7’’ over Covi on the eve of the grand finale.