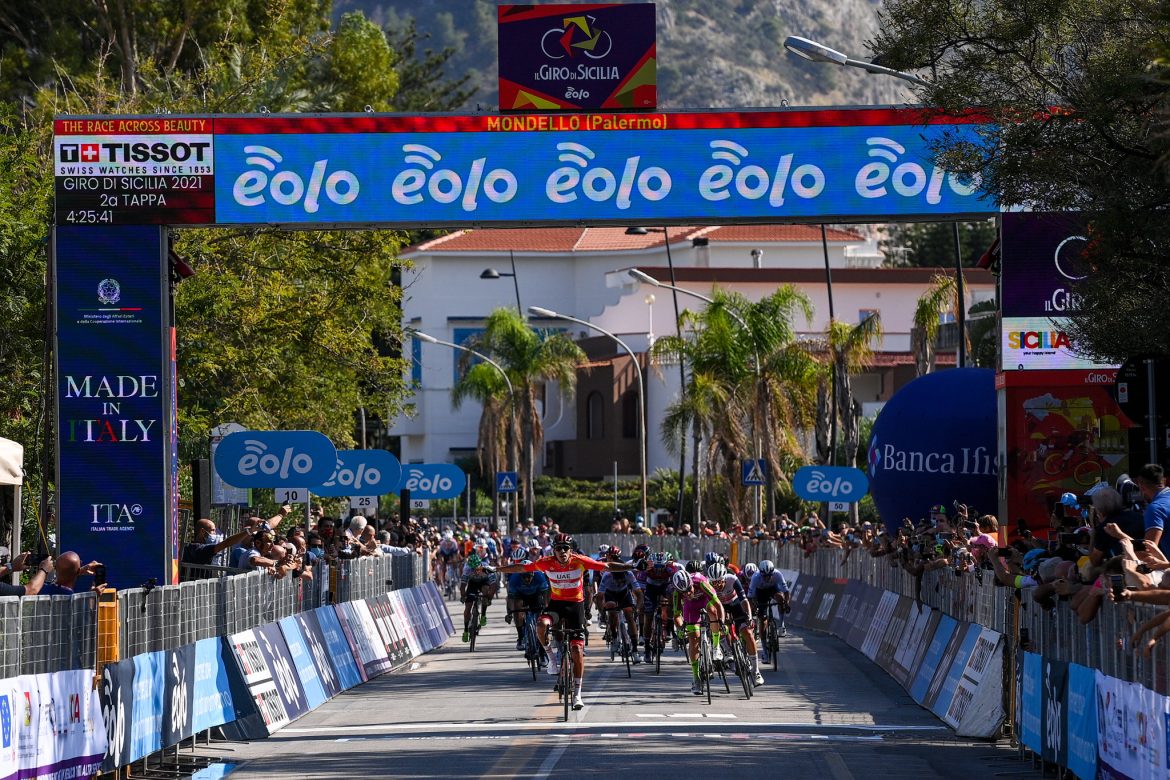 Juan Sebastian Molano took back to back stage wins as he sprinted to victory alongside the spectacular beach of Mondello in the outskirts of Palermo. He beat on the line local rider Filippo Fiorelli, who was eventually relegated to the last place of the bunch and fined for deviation from the chosen line that obstructs another rider (Fiorelli also received a CHF 200 fine and 3 points penalty in the points classification).

Second in the day’s classification, Matteo Moschetti became the best young rider, while the new King of the Mountains is Stefano Gandin who was part of the 6-man breakaway along with Spain’s Txomin Juaristi, Emerson Oronte from the USA, and Italians Giacomo Cassarà, Niccolo Salvietti and Eric Paties Montagner. GC contenders David De La Cruz, Romain Bardet and Alejandro Valverde all went for a bonus sprint, claiming respectively two, one and zero seconds behind Davide Gabburo at Capaci with 12.5km to go. In doing so, they expressed their GC ambitions ahead of two stages suitable for climbers.