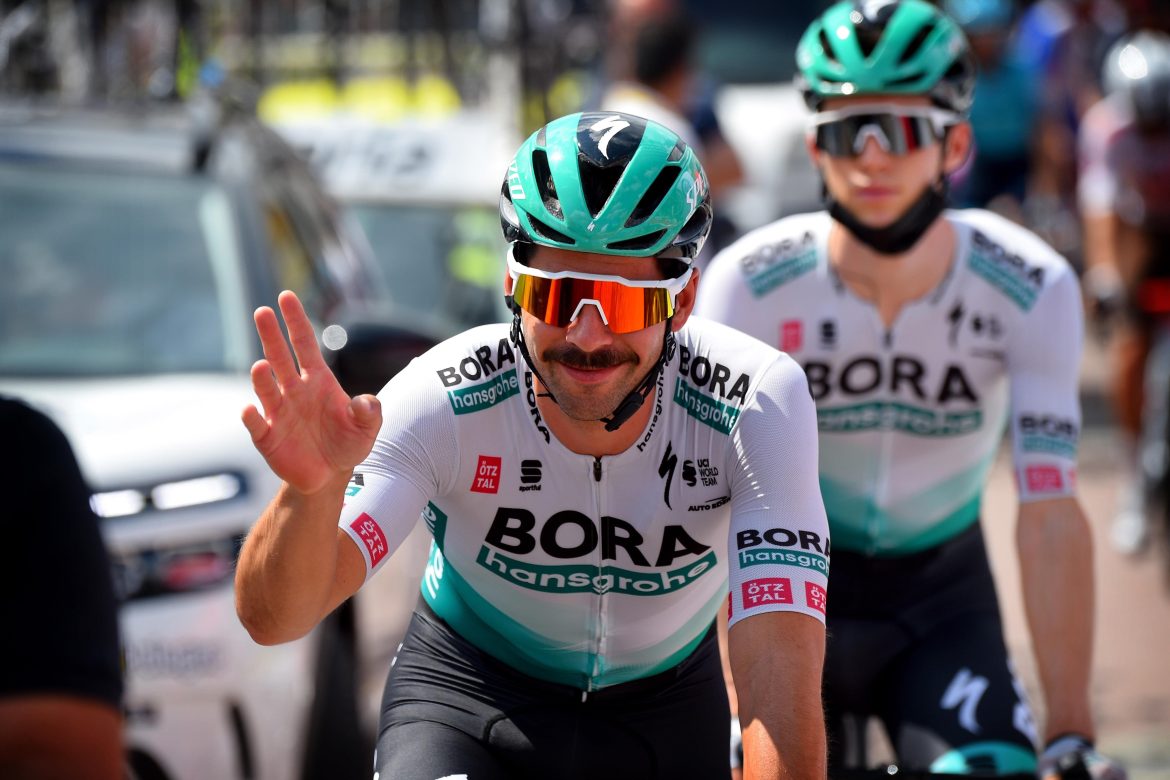 Next season, Lotto Soudal strengthens the team with the 30-year-old German Michael Schwarzmann. After more than ten years being part of German teams, Schwarzmann has signed a two-year contract with the Belgian team Lotto Soudal. The rider – who makes the move from Bora-Hansgrohe – will add a significant amount of experience to the team as Schwarzmann has acted as lead-out for top sprinters like Pascal Ackermann, Sam Bennett and three-time world champion Peter Sagan.

“After a period of over ten years racing under the German flag – where I really got the chance to grow as a rider – it’s now time for a new challenge”, says Michael Schwarzmann. “When I got the offer to join the interesting Lotto Soudal project, I didn’t even need one minute to think about it. In the end, it doesn’t really matter if you race under the Belgian or German flag. For a pro cyclist, it’s more important to know you’re part of a professional environment. Therefore, Lotto Soudal is a great team and nevertheless, it’s a dream come true to race with a Belgian squad. I’ve worked with a lot of good leaders like Ackermann, Bennett and Sagan and next year, that will be Caleb Ewan. My experience tells me that these top riders have one thing in common, which is the desire to win. They are almost all on the same level and then it’s about details making the difference between winning or losing. The atmosphere in the team and making the right decisions on the right moment are amongst the deciding factors. Obviously, Caleb is one of the fastest sprinters in the world and I am really looking forward to sharing my experience with him and the team.”

Michael Schwarzmann: “Although I’m German, you can compare my rider’s profile with a Swiss army knife. On the one hand, I can help the guys with the lead-out. On the other hand, I’m a bit lighter than most of the lead-out guys, so I can also be useful on more difficult terrain like medium mountain stages. I will be able to use my experience to motivate the guys and to be a good teammate, which is also one of my ambitions for the coming two seasons. And if there’s a possibility to go for own successes, I showed the last years that when the big leaders aren’t there, I’m able to get some nice results. Within Lotto Soudal, I want to further improve my level as a rider and with the team’s way of racing, this will be a good chance to do so. I can’t wait to get this new journey started!”

“With Michael Schwarzmann, we added a nice reinforcement to the team”, says John Lelangue, general manager at Lotto Soudal. “Michael will share his broad experience – which he gained working with top sprinters like Peter Sagan, Pascal Ackermann and Sam Bennett – at Lotto Soudal the coming two seasons. I am sure he will be of added value to the team and it’s something to look forward to. Michael is a multi-purpose rider. He will be integrated in the lead-out including Jasper De Buyst, Roger Kluge, Rüdiger Selig, Frederik Frison and Harry Sweeny. In addition, Michael also has a strong kick at the end of a race, which has earned him several nice results in tough one-day and one-week events. Moreover, it’s a very loyal teammate with the right team spirit and also someone who can share his knowhow with young sprinters like Arnaud De Lie, who will make the move from the Lotto Soudal U23 team next year.”