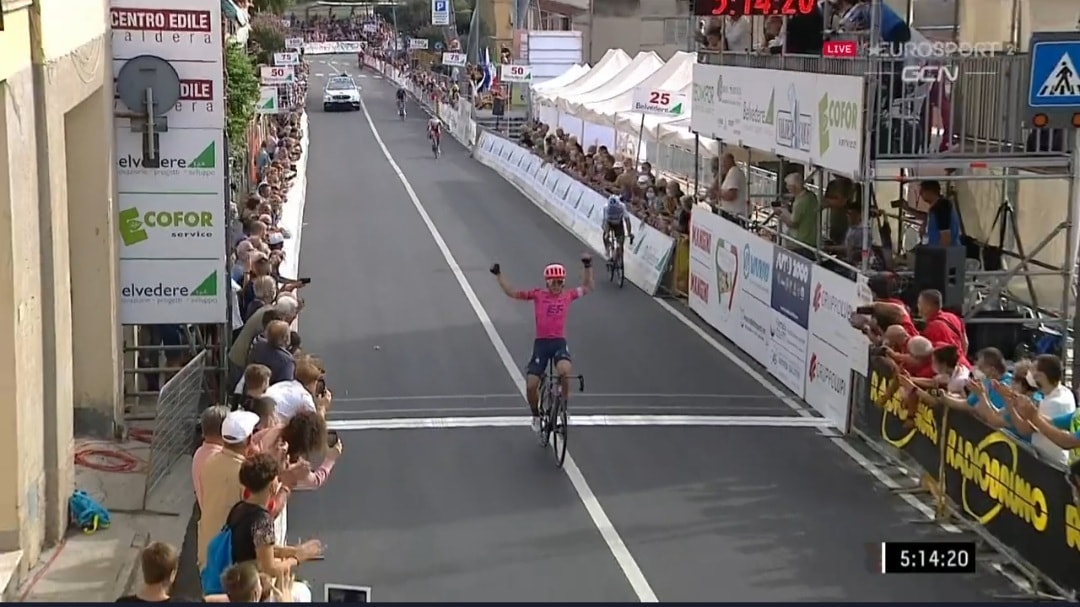 “I’ve had a really good first year. I feel at home.”

Michael Valgren is excited to wear pink a while longer. We’re thrilled to announce that the 29-year-old has extended his contract with the team.

EF Education-NIPPO is particularly happy to have Valgren on board after his recent performance at the Giro della Toscana. Valgren rode to victory in Tuscany yesterday and made history at the race as the first Danish rider to win it.

“This was a race for climbers and I’m not really a climber so I had to dig really deep. This was definitely special,” said Valgren.

The Dane vet had a busy summer. Most recently, he earned himself a spot on Denmark’s Olympic team and traveled to Tokyo. “It was always my dream. I was honored to represent Denmark there,” said Valgren.

Prior to the Olympics, he took on another massive effort: the Tour de France. Valgren has ridden the Tour six times before, but he said the latest edition was one of his most memorable.

“It was sweet to come into that particular group. Since day one, the communication was so good and super professional. At moments it was so fun,” he said.

As you might have noticed, Valgren is usually sporting a smile — both on and off the bike. He attributes this to the camaraderie he feels like not only with the riders, but also with the team’s support staff and in particular the sport directors on the team. “I work really well with Andreas Klier and he’s been taking good care of me. Ken and Charly have been so helpful too. I’m really grateful for that,” said Valgren.

Someone that Valgren has become particularly close with is Magnus Cort, another fellow Dane and rider at this year’s Tour de France. Cort will also be riding alongside Valgren in 2022.

“Magnus is someone I’ve bonded with and we know each other really well now. We can have really good races together,” said Valgren.

As for now, you can keep your eyes out for Valgren at the Eurométropole Tour. The Classics man is also on the team’s shortlist for the team’s Paris-Roubaix roster.

“I’m looking forward to the many good moments to come with this team. I feel like I understand the team and the team understands me. I can’t wait to keep walking down this path,” said Valgren.