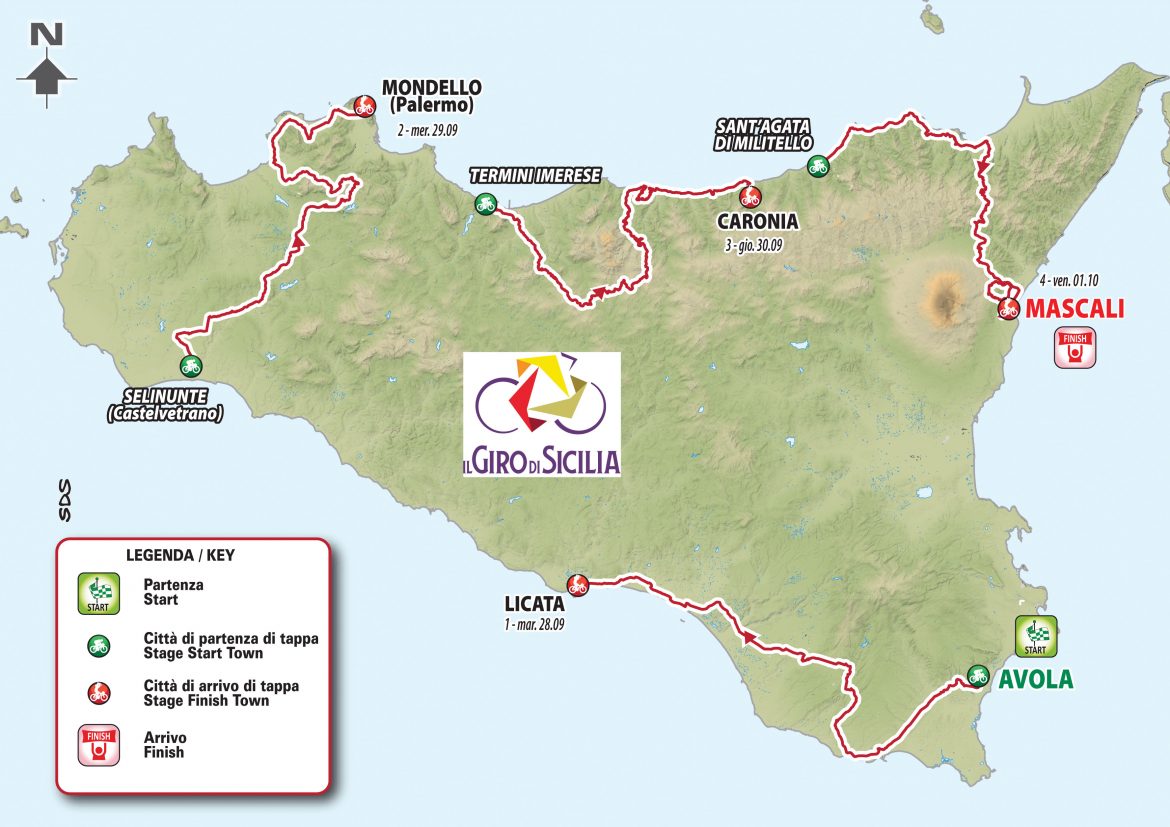 The Giro di Sicilia Eolo starts once again thanks to an agreement between the Regione Siciliana and RCS Sport, with an edition that promises to be spectacular – both for its race route and for the period of the year in which it takes place, the opening of the autumn season.

On Tuesday 28 September from Avola the next edition of Il Giro di Sicilia begins. The race is home once more after its return in 2019, after 42 years of absence, before the pandemic stopped it again in 2020.

The fascinating sporting event, brought back into the cycling spotlight and onto the international calendar, is one of the oldest and most glorious Italian stage races. It was first held in 1907, even before the birth of the Giro d’Italia. The Giro di Sicilia has animated the Italian cycling scene on several occasions, with moments of celebrity in 1974 (Roger De Vlaeminck’s success) and 1977 (Giuseppe Saronni), as well as the victory of American Brandon McNulty in 2019.