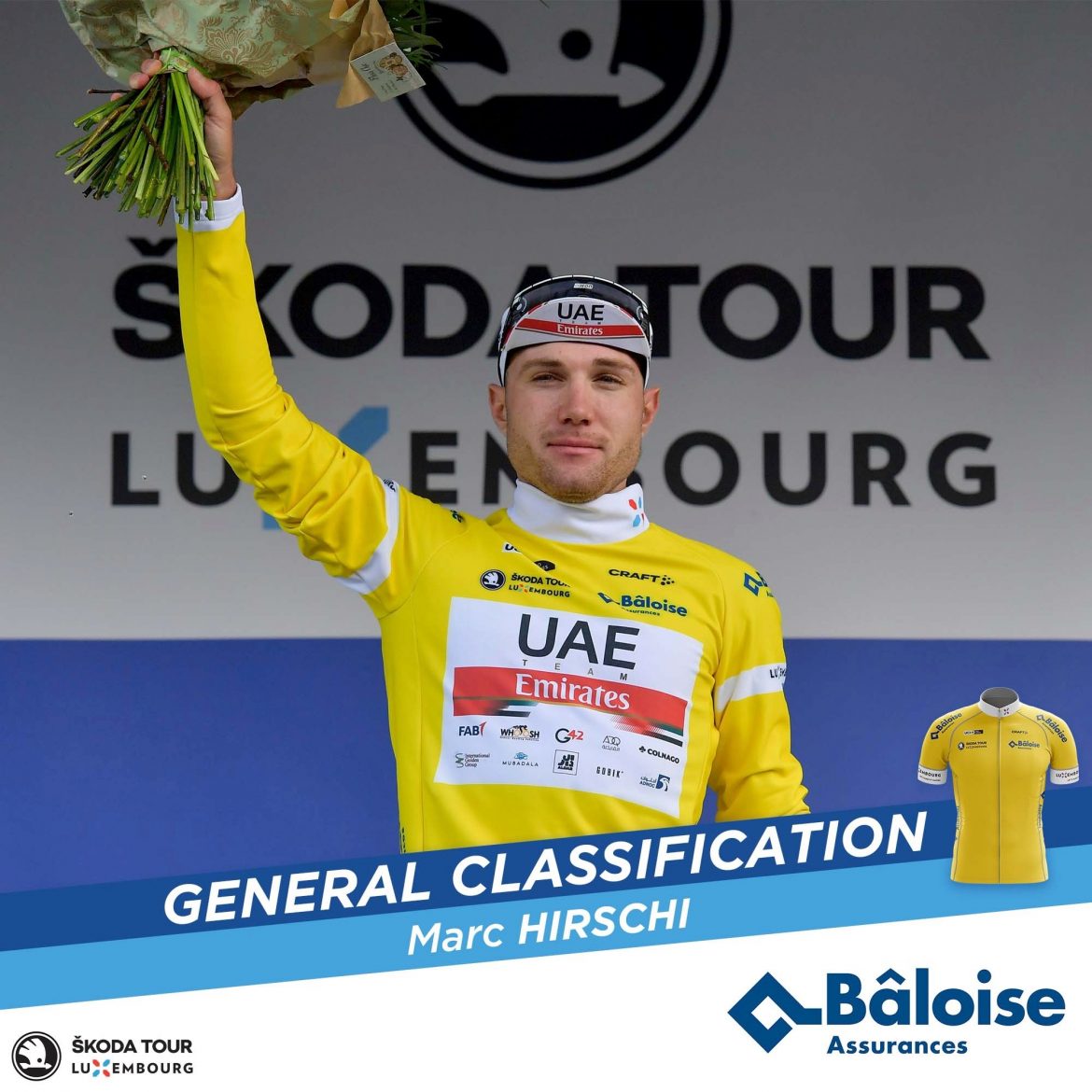 Marc Hirschi took his first victory in the UAE Team Emirates colours with a show of strength which saw him claim the stage honours and the overall race lead at the Tour de Luxembourg.

The Emirati squad showed dominance on the hilly parcours from Steinfort to Eschdorf (186.1km) with sterling work from Juan Ayuso on the final run-in setting up Hirschi to make his attack supported by Davide Formolo and David De La Cruz who placed in 4th and 5th respectively.

Hirschi made his killer move with -2km on the steepest section of the climb to the line before pulling out a gap on the chasing group led by Joao Almeida (Deceuninck-Quickstep).

As Hirschi crossed the line solo with his arms aloft, the count back began with the 23-year old securing enough time to take hold of the leaders jersey ahead of Almeida by +4’’ heading into another hilly day on stage 3 from Mondorf-les-Bains to Mamer (189.3km) tomorrow.

Hirschi : “ To win here solo is a really nice feeling. On the last climb the gap opened and I went full gas because I had nothing to lose. It was a very long day because of the rain and each time up the climb the pace was really hard.It’s nice also to take yellow though I think it’s going to be difficult to defend it in the time trial because I know Almeida is very strong.”