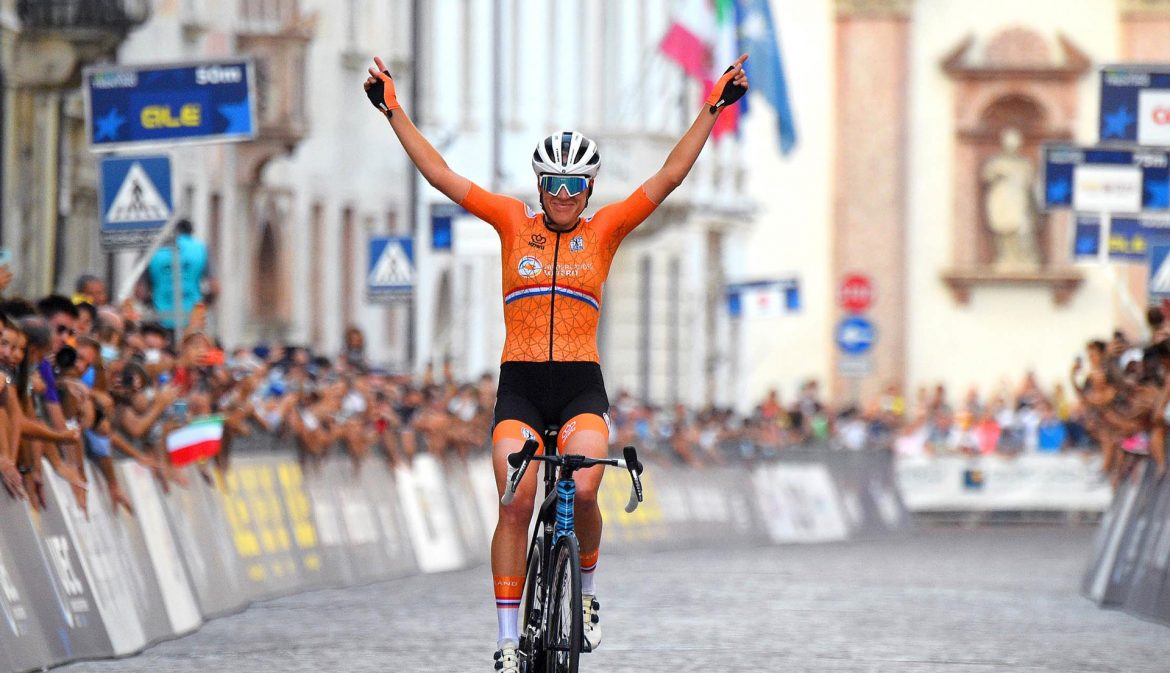 The Netherlands lived up to the odds and expectations by claiming the Women’s Elite Road Race title in Trento at the UEC Road European Championships – Trentino 2021; they just did it in a different way than most would have expected.

The Orange team won the fifth Women’s RR title in six editions of the continental event, confirming a supremacy that has lasted for years, only interrupted by the unexpected victory of Austrian Kiesenhofer at the Tokyo Olympics.

After winning four European time trial titles, Ellen Van Dijk showed up to the appointment with her opportunity in the road race, delivering with a great long-range action. Behind her on the podium were Germany’s Liane Lippert and Lithuania’s Rasa Leleivyte.