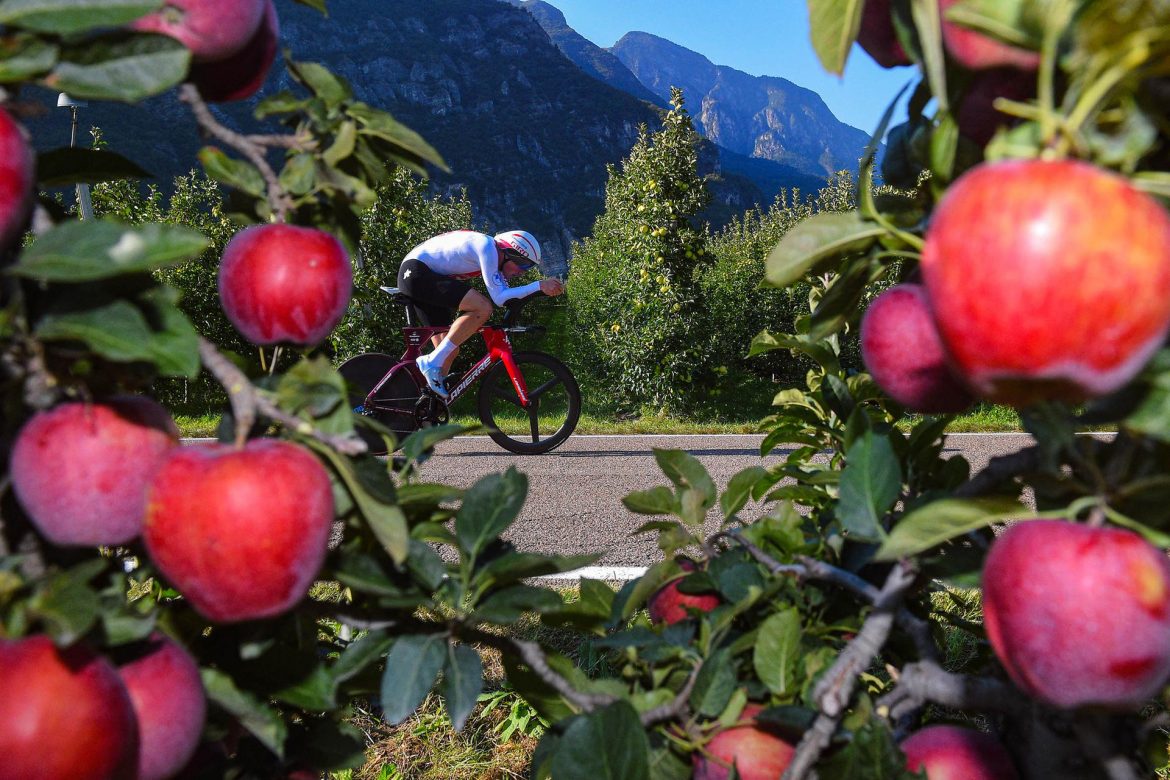 Stefan Küng and Marlen Reusser are the Elite Time Trial Champions at the UEC Road European Championships Trentino 2021. Ganna and Evenepoel round out top-class Men’s podium. Denmark’s Pejtersen and Italy’s Guazzini the fastest among Under 23. On Friday the road races begin.

he Italian fans had hoped for another golden day for Filippo Ganna, but the second day of the UEC Road European Championships – Trentino 2021 deservedly crowned Stefan Küng as ITT European Champion once again, as the Swiss defended the title conquered last year in Plouay. Anyway, it was undoubtedly a show of public and enthusiasm in the Le Albere quartier, where many enthusiastic people held their breath for the home favorite until the final meters of the 22,4 km test, on Thursday September 9th.

Belgian Remco Evenepoel rounded out a regal podium, showing he is back to his best after the horrific crash of the 2020 Il Lombardia: rivals would better watch out for him in Sunday’s Road race.

Thursday was clearly a happy day for Switzerland, that swept the Elite ITT titles: before Küng’s success, Marlen Reusser had worn the European Champion’s jersey after the Elite Women’s race.

If Italy had to settle for the silver with its most awaited champion – who met in Trento another Olympic Gold medalist, Trentino’s sailor Ruggero Tita – the home fans still had the opportunity to celebrate another gold medal after the Team Relay.

The Under 23 Men’s race crowned Dane Johan Price Pejtersen, who returned to the top of Europe two years after Alkmaar 2019: between the two titles, a heart arrhythmia that had put his career on hold. His tears at the finish, clearly showed the emotion of closing such circle.