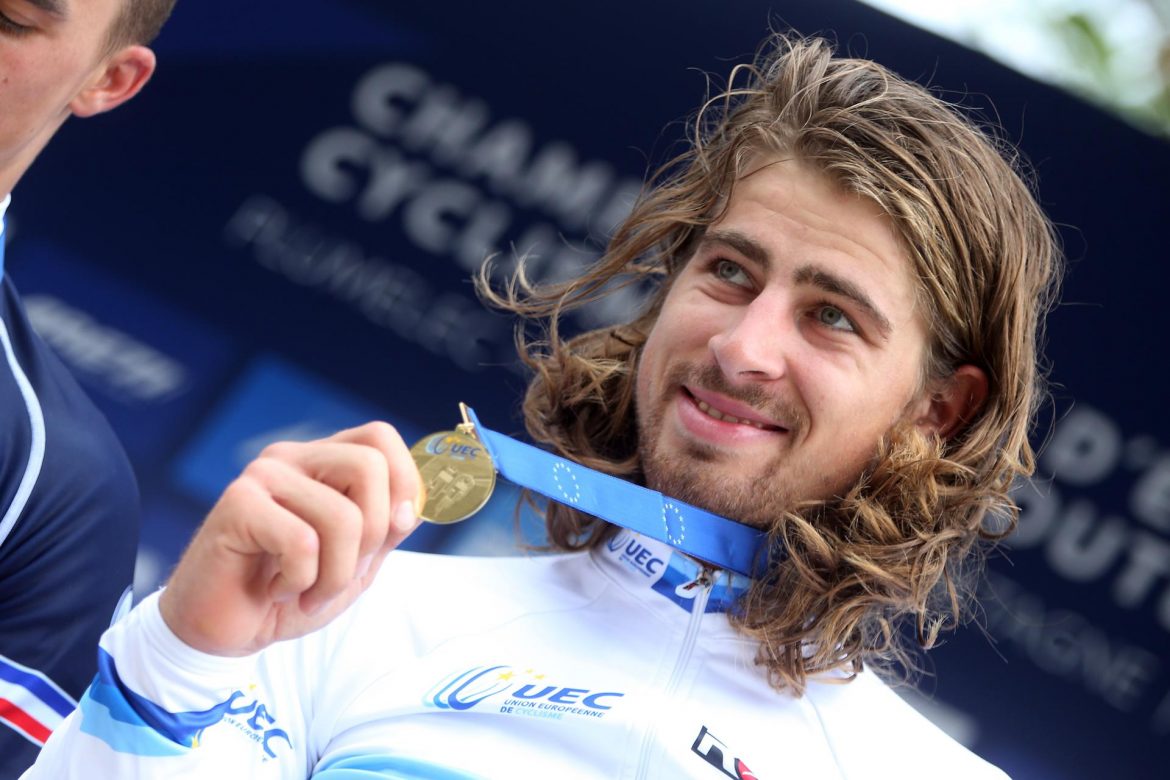 The wait is almost over with only a few days before the big meeting of the Elite, Under 23 and Road Juniors
European Championships from 8 to 12 September in Trento (Italy).

During the five days of racing, 13 titles will be there for the taking: Juniors Road and Time-Trial, Under 23 and
Elite (men and women) and the Mixed Relay.

The technical level of all races on the programme promises to be especially high in view of the athletes
registered, which are currently 1,042 from 39 countries.

In the Men’s events, for the Road race on Sunday 12 September, all eyes will be on the triple world champion,
winner of the first Elite European title in 2016, the Slovak Peter Sagan who will encounter other riders who
have already worn the European Champion jersey: the Norwegian Alexander Kristoff, first in 2017, and the
Italian Matteo Trentin who won the title in 2018, without forgetting, among others, the Belgians Philippe Gilbert
and Remco Evenepoel, Time-Trial European Champion in 2019 and the Slovenian, winner of the most recent
editions of the Tour de France, Tadej Pogacar.

The Italian Filippo Ganna, Team Pursuit gold medallist at the Tokyo Olympic Games and Time-Trial World
Champion, will be one of the favourites in the Time-Trial event (Thursday 9 September) which will also be
raced by the current European Champion Stefan Kueng (Switzerland), the Belgian Evenepoel and the French
rider Remi Cavagna.

In the Women’s races, (Road race Saturday 11 September) the national team to beat is the Netherlands with
the winners of four of the five European Championships so far: Anna van der Breggen (2016), Marianne Vos
(2017), Amy Pieters (2019) and the titleholder, current Olympic Champion, Annemiek van Vleuten, as well as
the powerful Ellen van Dijk. In contrast to the Dutch, among others will be the Dane Cecilie Uttrup Ludwig, the
Swiss Marlen Reusser, the Belgian Lotte Kopecky and the Italians Marta Cavalli and Elisa Balsamo, winners
of the title last year in the Under 23s.

Enrico Della Casa, President of the Union Européenne de Cyclisme: «We are getting ready to experience
together with fans all over Europe, five days of great cycling and based on predictions these Trento European
Championships promise to be very memorable. To believe that, take a look at the list of athletes registered,
with some of the best riders from the international scene, many of whom have included these European
Championships among their main objectives. This proves how much the continental event has grown over the
years and especially the technical quality of the circuits located in the wonderful setting of the City of Trento,
the Valle dei Laghi and Monte Bondone with its natural beauty, which will be appreciated and important for the
spectacle of the event.

With a huge TV audience, the races in Trento will be in the spotlight and have wide free-to-air TV coverage all
over the continent and elsewhere, thanks to the partnership with the EBU (European Broadcasting Union),
reaching an even greater audience owing to the extensive live coverage.

On behalf of the Union Européenne de Cyclisme and myself, I would like to thank the Provincia Autonoma di
Trento and Trentino Marketing, its CEO Maurizio Rossini, the l’Azienda per il Turismo Trento, Monte Bondone,
Valle dei Laghi, its President Franco Aldo Bertagnolli, Trento Eventi Sport and its President Renato Villotti, the
Organising Committee with its great experience and professionalism lead by Maurizio Evangelista, the Mayor
Franco Ianeselli and the City of Trento and the Italian Cycling Federation and its President Cordiano Dagnoni,
who have all made this great event possible with a high level of participation and good synergy.»