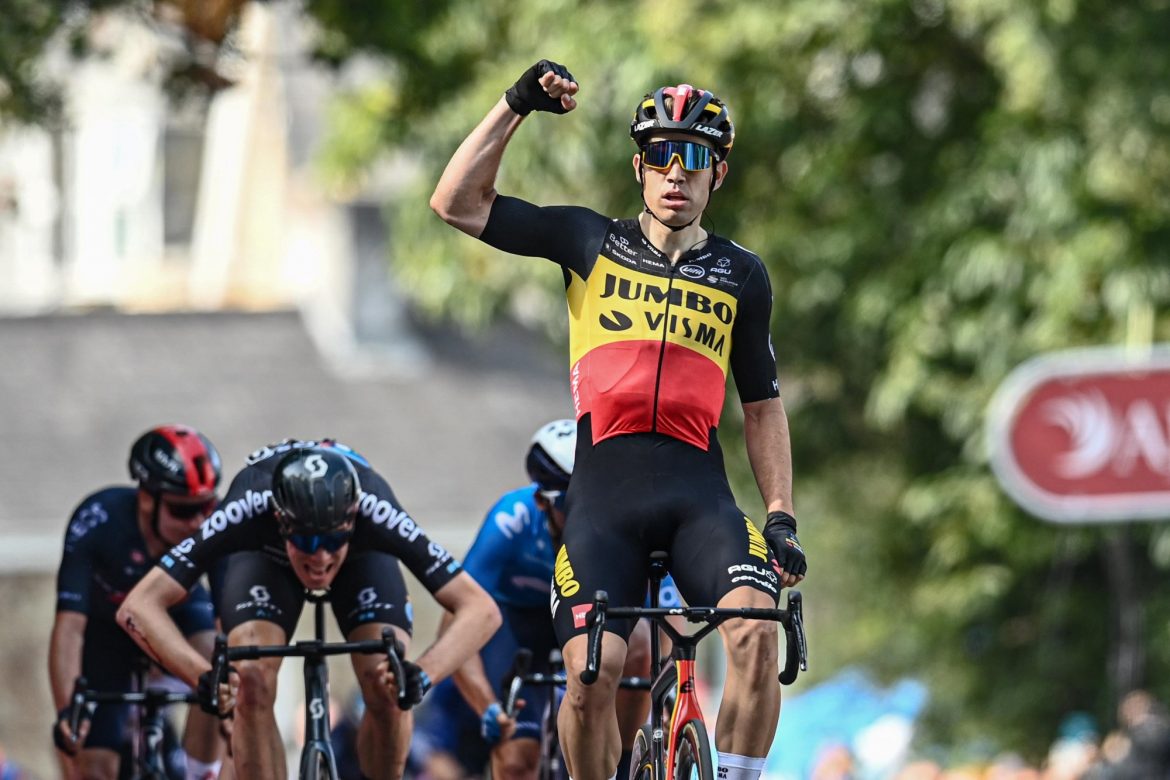 Wout van Aert has won the first stage of the Tour of Britain. On a difficult finish, the Belgian champion sprinted to his ninth victory on the road this year. The rider of Team Jumbo-Visma successfully launched his final sprint in line towards the World Championships and Paris-Roubaix.

Five riders formed the first front group of the 17th edition of the British Tour. With Gijs Leemreize in particular, Team Jumbo-Visma controlled and caught the leading group at twenty kilometres from the finish. The last few kilometres were uphill. World champion Alaphilippe had nefarious plans, but Van Aert immediately jumped on his wheel and sprinted to victory in the last hundred metres.

Van Aert was happy to finish it off. “It was a tough day with roads going uphill and downhill. The final was narrow and difficult. Pascal Eenkhoorn, after a tough battle to be in front, dropped me off well in the last kilometre. It’s nice to finish the good work of the team with the win. I expected Alaphilippe to ride the final like he did. It was important to stay close to him. I didn’t hesitate to jump at his wheel. Once I was there, it was all about the right timing. It gives me morale to start like that. Tomorrow is a harder stage, but with a flat finish. That suits me a little less, but I’m looking forward to the rest of the week.”