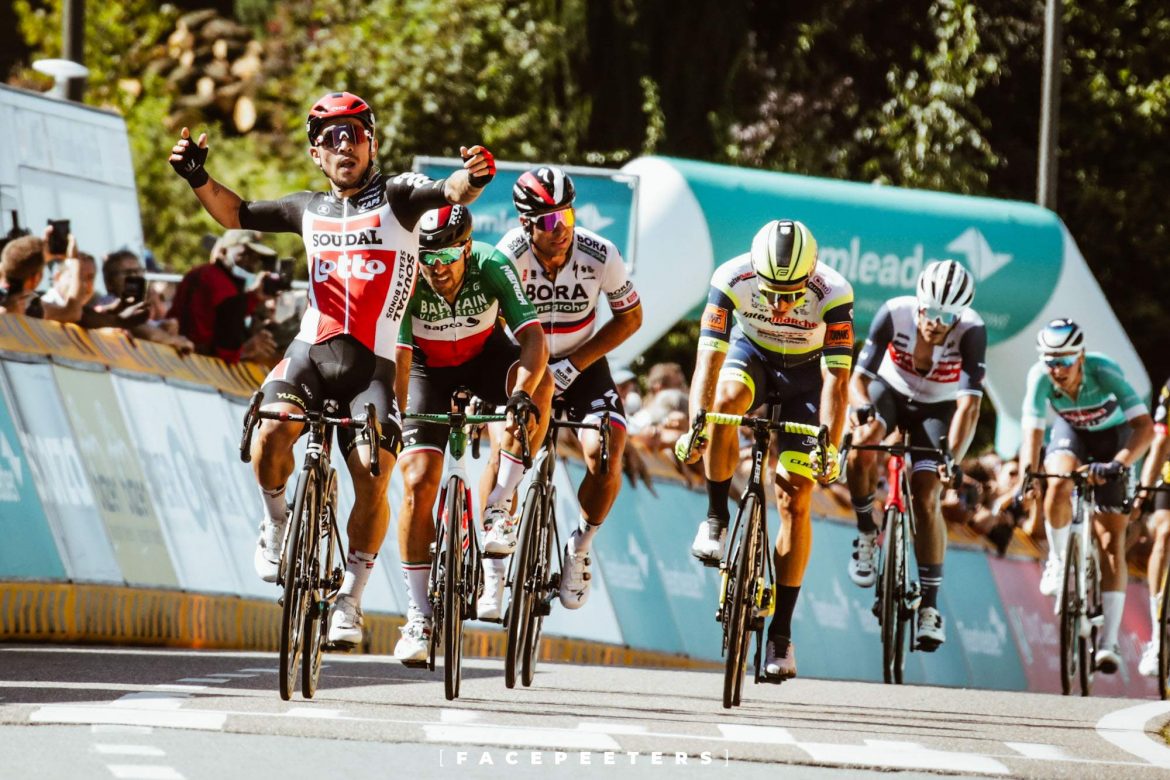 Caleb Ewan took victory on stage five of the Benelux Tour with a superb showing of strength and power on the uphill finish in Bilzen. Italian champion Sonny Colbrelli hit out early but Ewan came past him in sight of the line to take his sixth victory of the season, his first since crashing out of the Tour de France. Stefan Küng took the leader’s jersey after race leader Stefan Bissegger was dropped in the final local lap.

“Once we did the first lap of the circuit, it looked like it would be very tough and then they started attacking quite early from the bunch which made the race actually very hard. I knew this was my last chance to win this week. I really wanted to do well, coming back from my crash. So, I’m really happy. Tomorrow is something for Tim and Phil”, explained Caleb Ewan.

“In the first three sprint stages there was always something that went wrong like a mechanical when the bunch split in the first stage or when my spokes were taken out with fifteen kilometres to go in another stage. I knew my form was there but I didn’t have the luck. On a finish like today it is more about strength than luck.”

In two weeks Caleb Ewan will start in the Tour of Luxemburg, the next race in his build-up to the World Championships.

“The season wasn’t what I wanted. I’m so motivated to make something out of it. A world title would really make my season. I trained really hard to come back. I was disappointed that I couldn’t be back in time for the Vuelta, but I stayed focused and knew the end goal would be the Worlds. The Benelux Tour and the Tour of Luxemburg are important steps in my process to get the top form. Winning a hard stage like today gives me a lot of confidence. It shows that I’m really on the right track and that my legs are coming. I still got time to improve. By the time the Worlds are there, I really should be in top shape”, concluded Caleb Ewan.