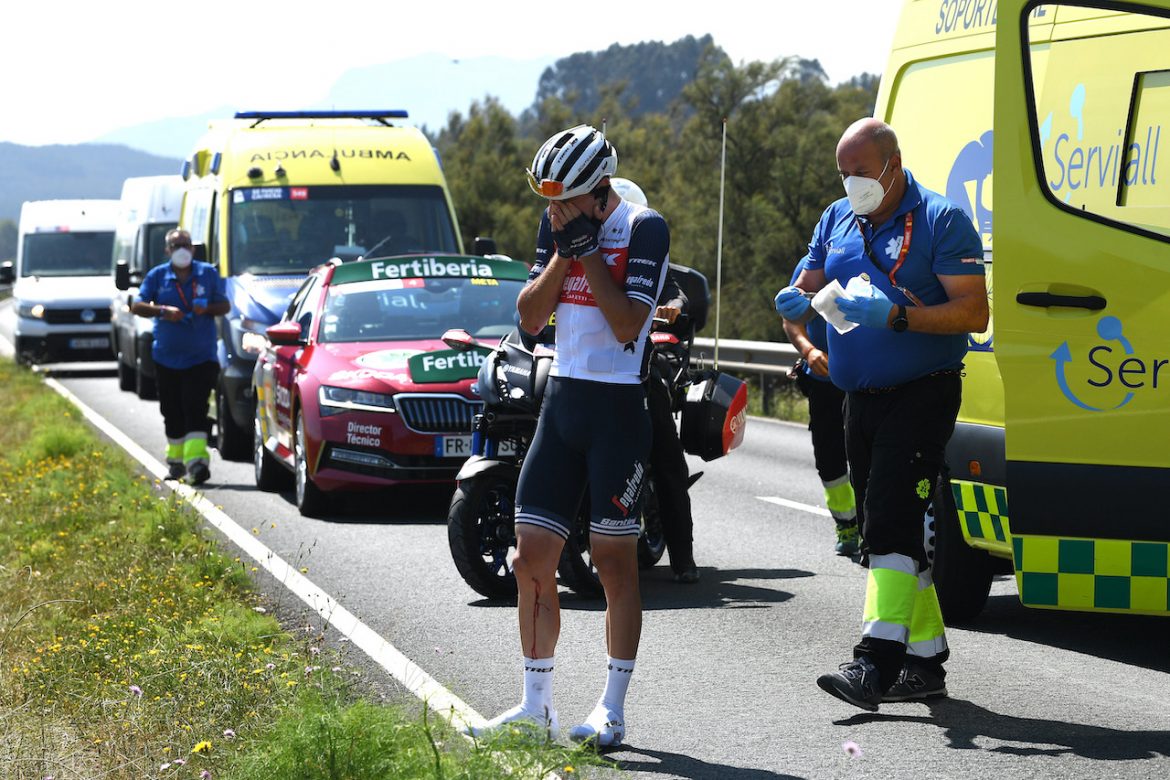 The GC leader of Trek-Segafredo was involved in a massive high-speed crash that occurred in the first positions of the peloton around 6-7 kilometers after the official start.

In a pile-up of riders and bikes, a chainring hit Ciccone’s right knee, causing a severe contusion and puncture hole. Gianluca Brambilla and Alex Kirsch were also involved and fortunately escaped without serious consequences.
After receiving first aid from the Vuelta’s medical staff, Ciccone got back on his bike and was able to return to the peloton. However, the pain and difficulty in pedaling increased, becoming unbearable, and Ciccone was forced to stop.

In the team bus, team physician Emilio Magni medicated the wound and diagnosed a lacerated contused deep cut in the inner part of the right knee that caused functional weakness.
Further investigations were carried out at the Santandar hospital and X-rays revealed no fractures in his right hip and right tibia.

“It’s a very difficult situation to accept; I’m so sorry,” said an emotional Ciccone. “After the Giro, I am forced to abandon again in the Vuelta in the key moment of the race. After the crash, I wanted to restart even if the pain was so strong. I really didn’t want to give up, but at one point I couldn’t pedal anymore. Leaving the race due to bad luck makes no sense, I have to get over it, but right now it’s not easy.”

Ciccone will now return home where he will face the first part of the recovery that in the first days will see him off the bike. Further steps and decisions on the next races will be evaluated later.