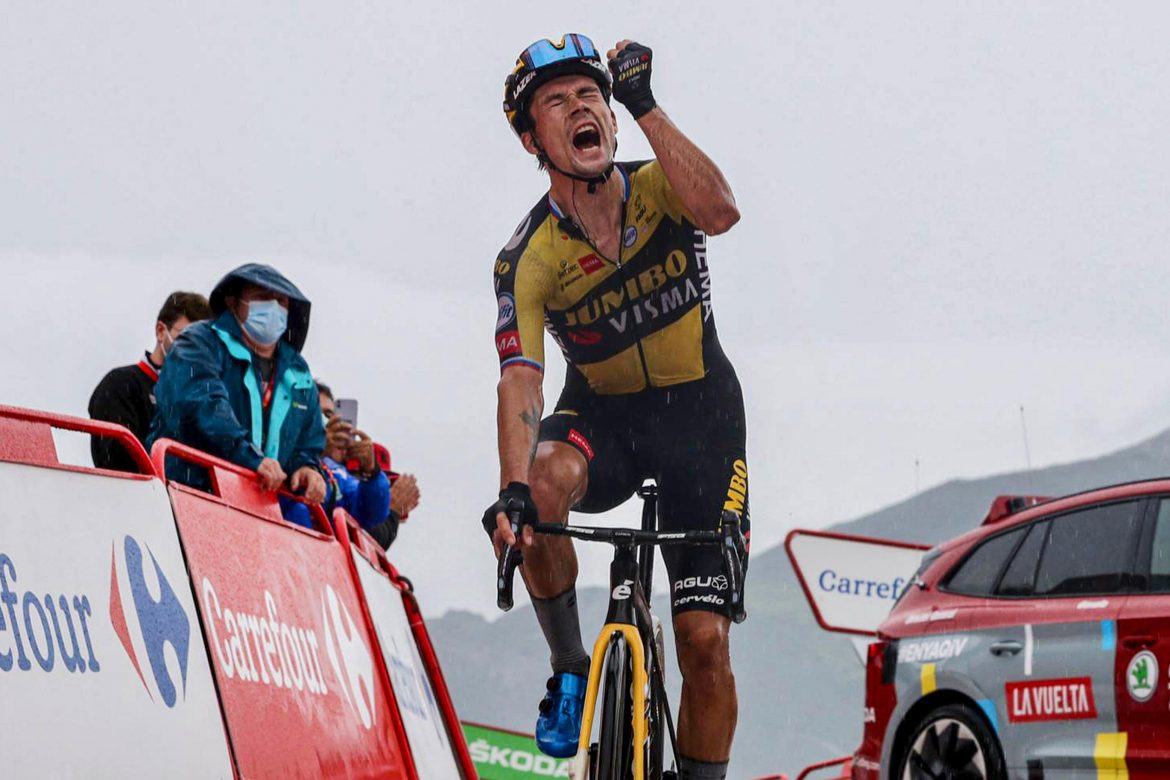 Primoz Roglic has taken a double victory in the seventeenth stage of the Vuelta. The Team Jumbo-Visma leader attacked with Egan Bernal halfway through the stage and rode away from his breakaway companion on the steep final climb to Lagos de Covadonga. Sepp Kuss finished second behind his leader. Roglic regained the lead in the general classification.

Several riders wanted to get in the breakaway of the day from the first kilometre. However, the peloton did not allow this and retrieved the last fugitive before the second climb of La Collada Llomena. On the climb, Egan Bernal attacked with an attentive Roglic in his wheel. The two took the initiative in the valley, in rainy conditions, and with a large lead they started the final climb towards Lagos de Covadonga. There, Roglic achieved his third stage victory of this Vuelta and his ninth win of the season.

The Olympic time trial champion was delighted with the win. “I really enjoyed this stage. It was a perfect day for me and for the team. Maybe this is my best stage in the Vuelta so far. Of course it’s a risk to attack at that moment, but I just wanted to follow Egan. We worked well together. On the final climb I went full throttle, also because of the great support from all the supporters alongside the road.”

“Tomorrow we have to be there again”, the two-time overall winner of the Vuelta continued about the grueling mountain stage scheduled for tomorrow. “I’m in a good position in the general classification now, but the lead is never big enough. We have to stay sharp and keep riding as a team. I have every confidence in that.”