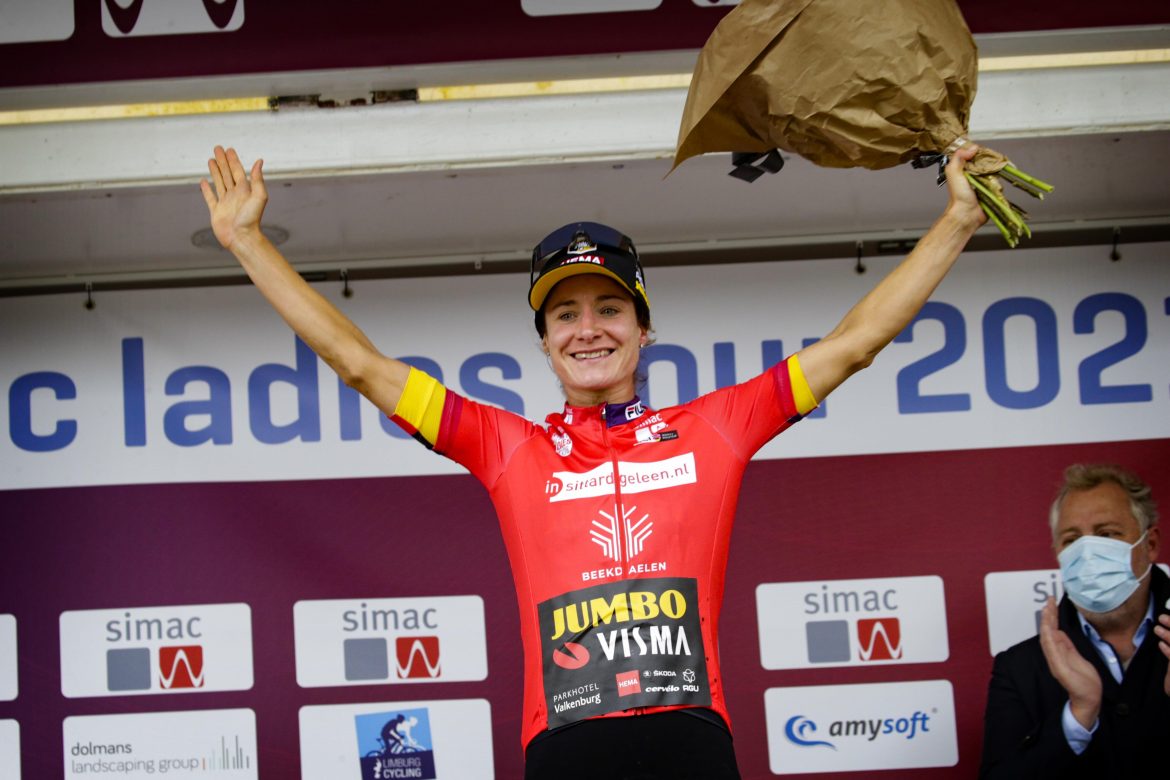 Marianne Vos has won the fourth stage of the Simac Ladies Tour. In the sprint with a small leading group of three riders, the Dutch rider won by a large margin. Vos’s victory is the tenth victory for the Team Jumbo-Visma Women this season.

The 148.9 kilometre long stage from Geleen to Sweikhuizen had a quiet start, but the rain and wind made for difficult conditions. After about thirty kilometres Anouska Koster went on the attack. The rider of Team Jumbo-Visma Women rode alone in front for a long time and managed to extend her lead to more than three minutes.

At about 40 kilometres before the end, a group of 12 riders took over. Vos managed to bridge the gap to Koster, together with Kasia Niewiadoma and Chantal van den Broek-Blaak. Despite her hard work the Frisian ultimately had to let the three go. The three maintained their lead on the peloton and fought for the win in a final sprint.

“Today was really incredibly tough”, Vos said. “We applied tactics with the team to control the race well. That worked out extremely well. When Anouska chose to attack solo, the teams had to work from behind. In the end, three of us closed in on Anouska. I knew then that this was the moment to keep up the pace. The peloton came close, but we had calculated it well. It was a very nice race. Tomorrow will be very difficult. But it is nice to win this stage. First we are going to enjoy this as a team.”

Sports director Marco Postma looked back with satisfaction: “Today was a perfect race for us. We rode strong as a team. First Anouska brought the team to the final with a very strong performance. Marianne finished it off fantastically of course. That was the icing on the cake after a wonderful race and a very good team performance.”