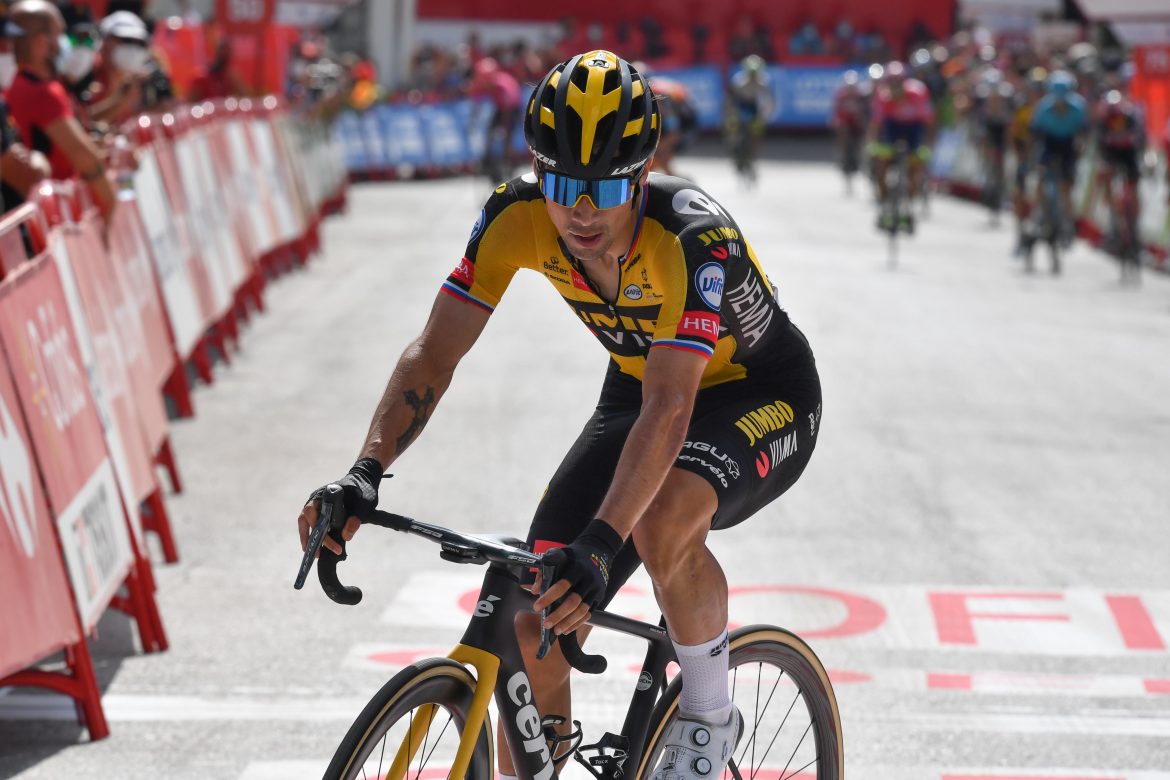 Primoz Roglic has won the eleventh stage of the Vuelta a España. On the steep finish in Valdepeñas de Jaén, the 31-year-old Slovenian sprinted away from his competitors in the last metres.

After another fast start, five riders escaped from the peloton. Team Jumbo-Visma kept the gap to the leading group small to compete for the stage win. The stage exploded on the very steep last climb. The GC riders hid their intentions for a long time, after which it came down to a sprint. Roglic proved to be the strongest. The number three of the general classification took seven seconds on Enric Mas.

Roglic was pleased with his second stage victory. “It was a tough day. Short, but very hot. Fortunately, I had enough energy left at the end to win today. It’s always nice to win a stage. Today’s finish suited me and it was an enjoyable challenge. The team did a fantastic job. They kept the speed up so the leading group was kept in sight, for which I want to thank them. We will evaluate the general classification day by day. The decisive stages are still to come. It is still a long way and the best will win.”

Sports director Addy Engels was proud of the team. “It was a spectacular final and everyone was close together. We wanted to go for the stage win if we could control the race. It was difficult, but with a final like this, everyone has to go flat out. I’m happy we won here.”