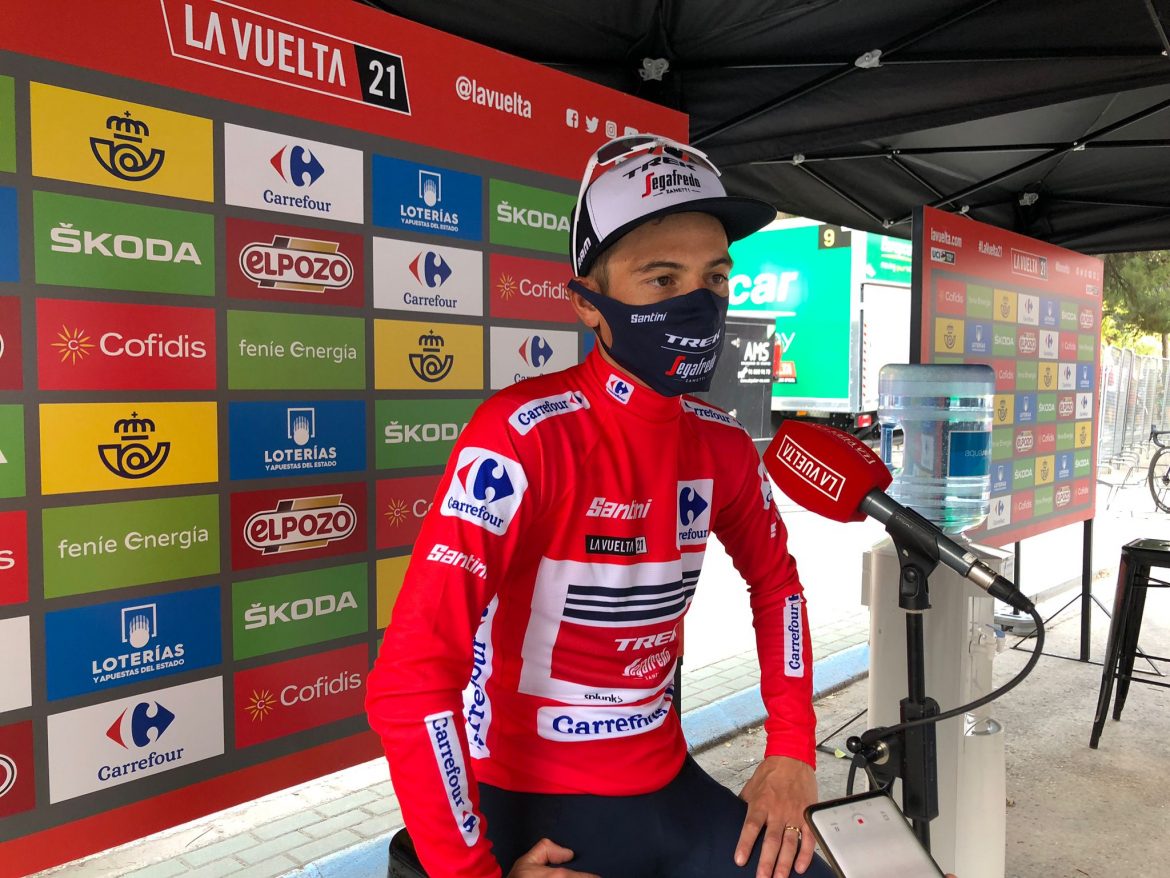 It’s a tough situation to be in. You have just been awarded the coveted leader’s jersey of a Grand Tour, but it was a result of the race leader getting caught up in a late crash.

Do you celebrate? Can you?

Below, Kenny Elissonde responds to a bittersweet moment in Stage 5 at the 2021 Vuelta a Espana after taking over the race lead. His quotes respect race leader Rein Taaramae and honor the red jersey at the same time.
“I did not see the crash. I was in the top 10-15 positions at this moment. This is not the way I wanted to take the jersey. We know in cycling when there is wind there is risk. And you could lose it also with an echelon, so you have to be vigilant. Still, I don’t like it. It’s not a pleasure. But at the end of the day, you cannot do anything else, it’s like this.

“It was nervous today. The crash is the sad part of cycling.

“It’s still incredible to wear this jersey as leader of a Grand Tour. After the Tour and the Olympics, I took it easy, and the team asked me if I could go to the Vuelta and just take it day by day. And look! That’s cycling. It’s incredible.

“If you would have told me this morning that I would take over the red jersey on an echelon stage, I would not believe it to be honest. But as I told you, I feel sorry for Rein to lose it in a crash. You never want this in cycling, it is the one thing that can happen. With the wind and with echelons it’s really nervous.

“In the back of my mind this morning I had that it might be a good idea to try and stay in the front as much as possible – not for a crash but in case of a split – and this is why I was in the front fo the rash. I did not know there was a crash until I heard in the radio that our GC leader Giulio Ciccone, was not in the first group, and I looked behind and saw the group was really small.

“I was just focused with Alex (Kirsch) to bring Giulio to the front at 5kms to go. Then I heard that if I arrive with this group I am the new leader. It’s something that happens like this, and you are not really ready for it.

“In the last 5kms I was sure something would still happen, that [the red jersey] is not possible.  So I stayed close to the front, but not too close in case the sprinters might crash. I am not so used to being so close to the sprinters in a sprint! It was a bit like a video game. At the end, everything went well, so I am pretty happy.

“I spoke with Rein this morning – because he crashed yesterday – and I said to him you are lucky it was in the last 3kms because you deserve the jersey and I would not have been that happy to have taken it in that way. And now today, that happened.

“The thing is Roglic is 5 seconds behind, and tomorrow is already a GC test. I am not yet into overthinking about this. I am just enjoying and looking forward to going back to the hotel with my team and having a nice dinner together.”