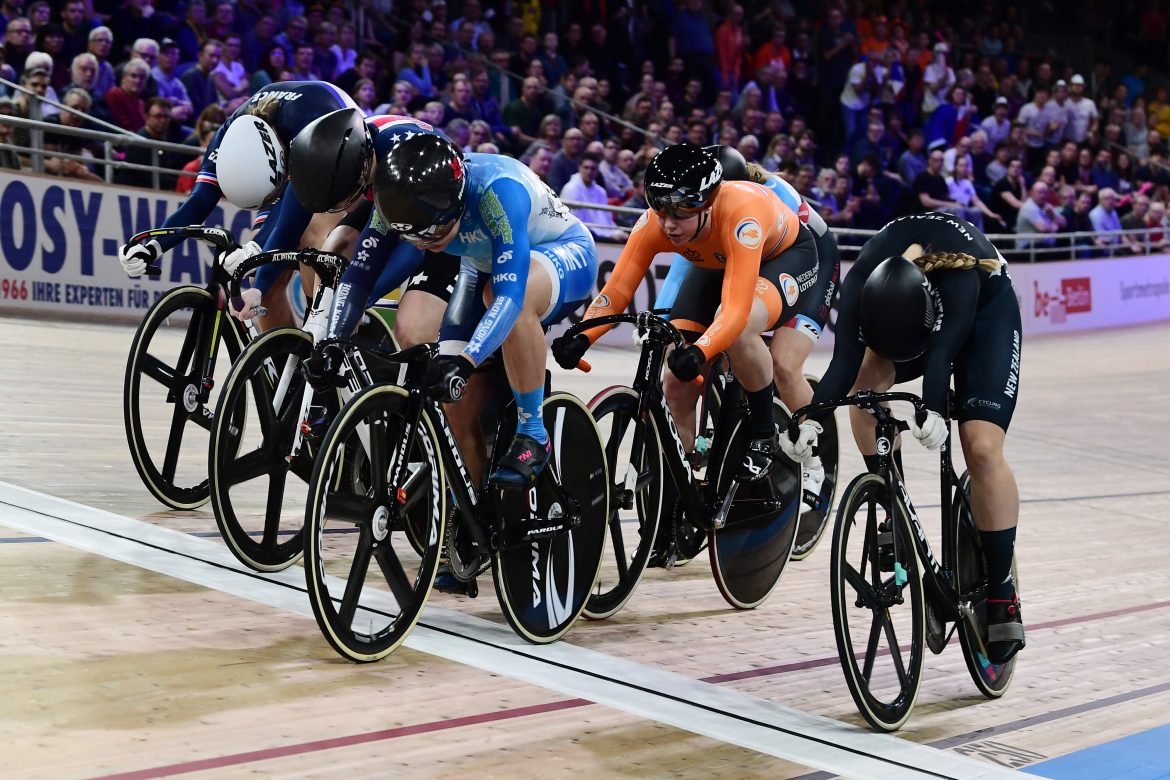 The Union Cycliste Internationale (UCI) is delighted to announce that the 2021 Tissot UCI Track Cycling World Championships will take place in Roubaix, France, on 20-24 October.

These UCI World Championships will be organised in collaboration with the French Cycling Federation (FFC) and with the support of the City of Roubaix, Lille European Metropole, the department of Nord, and the region of Hauts-de-France.

The event will be held at the Vélodrome Couvert Régional Jean-Stablinski (known locally as “Le Stab”), which opened in 2012 and has a 250m track. The venue is located in Roubaix’s Parc des Sports, next to the Vélodrome André-Pétrieux, which hosts the finish of the famous Paris-Roubaix Classic.

The Tissot 2021 UCI Track Cycling World Championships were originally scheduled to take place from 13 to 17 October in Ashgabat (Turkmenistan), but were finally cancelled at the request of the organisers due to the health constraints and restrictions linked to the Covid-19 pandemic.

Track cycling’s annual flagship event, the 2021 Tissot UCI Track Cycling World Championships will once again boast a high-quality field featuring most of the gold medallists from the recent Olympic Games Tokyo 2020. This year’s UCI World Championships in the discipline will be all the more important because of the decisive role they will play in qualification for the inaugural UCI Track Champions League, to be held this autumn.

UCIPresident David Lappartient said: “I would like to congratulate the Roubaix organising committee, led by the FFC and its President, Michel Callot, and all the authorities involved, for the quality of their candidature file. Roubaix has long been a fabled location on the international cycling scene thanks to the famous Paris-Roubaix Classic. Its name will now be associated with the history of the UCI Track Cycling World Championships. I am convinced that the magnificent Jean-Stablinski velodrome will showcase an exceptional event!”

FFC President Michel Callot said: “We are immensely proud that the expertise of our teams in organising sporting events has been recognised with the award of the UCI Track Cycling World Championships. This major international event, held in a region with a very strong cycling tradition, will be the prelude to a 2022 that will see France stage three UCI Cycling World Championships: BMX in Nantes, mountain bike in Les Gets, and track cycling in Saint-Quentin-en-Yvelines. With three years to go until the Olympic Games Paris 2024, France is a land of cycling like never before.”

Xavier Bertrand, President of the Hauts-de-France region, and Florence Bariseau, Vice-President Sport, Youth Affairs and Community Projects, commented: “We are delighted to welcome the UCI Track Cycling World Championships in October at ‘Le Stab’, one of our region’s most iconic sporting venues. Hosting such an event just after the Olympic and Paralympic Games is a very positive development and will allow us to showcase our region. It is also a wonderful springboard for our cyclists, among them local athlete Oscar Caron, the newly crowned French Junior individual sprint and 1km time trial Champion. We hope he goes on to be just as successful as Arnaud Tournant, another Roubaix rider and a multiple medallist. The event will also put the brightest of spotlights on a venue that will be an official training centre for the Olympic and Paralympic Games Paris 2024.”

Christian Poiret, the President of the department of Nord, said: “The department of Nord is proud to assist with the organisation of this international event, which underscores the appeal of our region to elite athletes. With three years to go before the Olympic Games in Paris, it is an important event. Beyond the expected economic benefits, it will also be a popular event, as we like them, a few weeks after the return Paris-Roubaix in the hell of the North. The people of the department of Nord are passionate about cycling, as they are about to show once more.”

Guillaume Delbar, the Mayor ofRoubaix and Chairperson of the board at LE STAB, said: “Roubaix is known throughout the world for hosting the Queen of the Classics. In staging the UCI Track Cycling World Championships, we have a wonderful opportunity to promote and showcase our regional velodrome as a centre of excellence that has been developing young riders for nearly ten years now. The medals won at the last French Championships are a reflection of that. The event will also put the spotlight on a velodrome that will be a support base at the Olympic Games Paris 2024.”