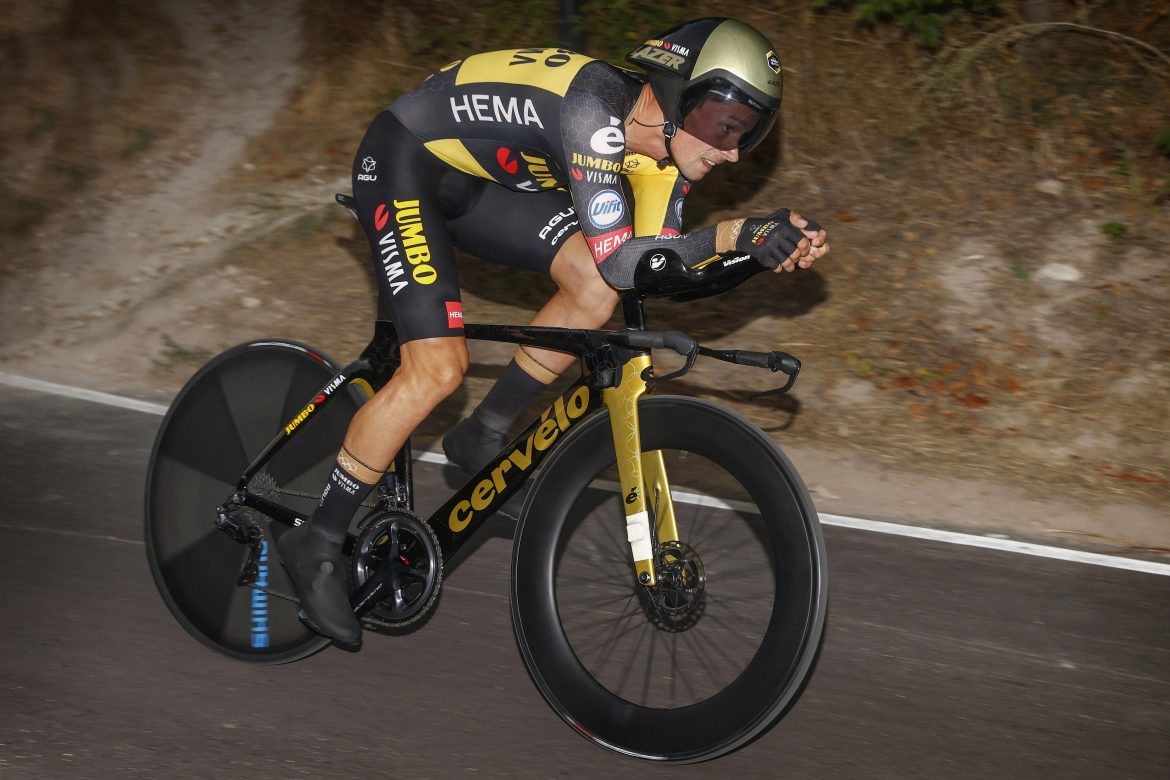 Primoz Roglic has won the prologue of the Vuelta a España in a convincing way. The Team Jumbo-Visma rider is also the first wearer of the red leader’s jersey of the Spanish stage race.

The Slovenian needed 8:32 to complete the seven kilometre time trial. With that time he was six seconds faster than number two Aranburu. Teammate Sepp Kuss was the fastest up the 1.2 kilometre climb. He now leads the mountain classification.

With the victory, Roglic immediately lived up to his status as Olympic time trial champion. “I am very happy to have achieved this result today. Although the time trial was only seven kilometres, it was still very tough”, he said. “I rode full speed from start to finish. Fortunately, it was enough. I don’t know exactly where I made the difference. We had to go straight up and then get through the corners well. I started a little slower and then picked up the pace. On the flat it was mainly about keeping pedalling hard.”

“We’ll see if I can keep the red jersey for three weeks”, the two-time winner of the Tour of Spain continued. “It’s a great start to this race. Hopefully we can enjoy this with the team in the coming days.”

With this win, Roglic’s victory tally comes to seven this year.