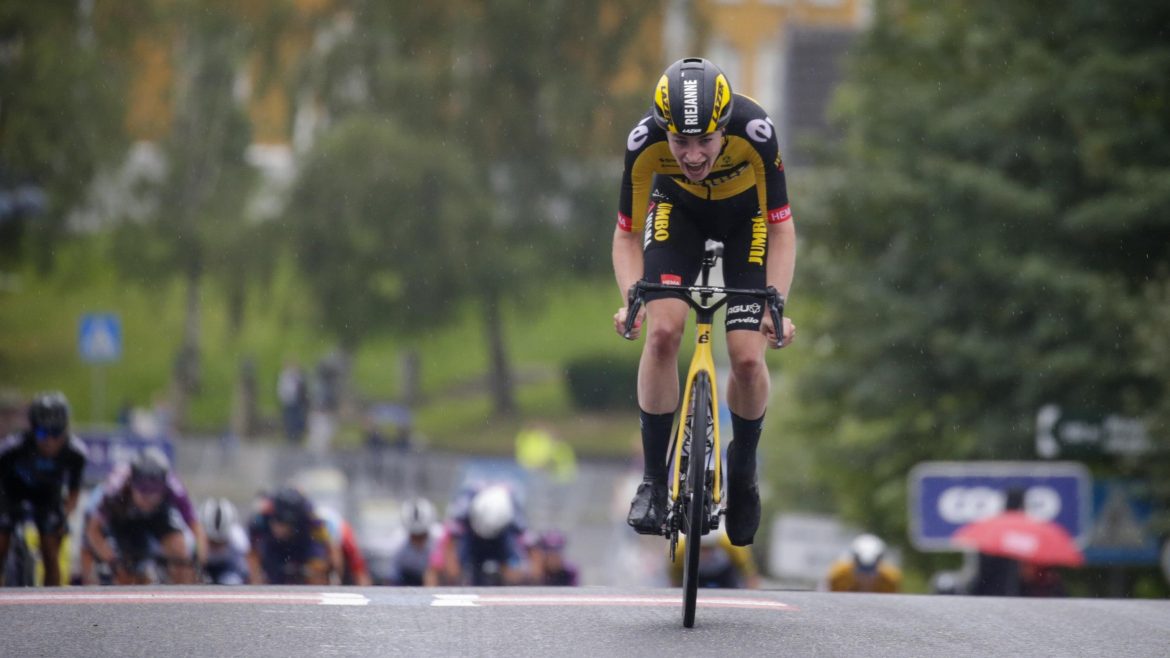 Riejanne Markus has won the second stage of the Ladies Tour of Norway. On the local circuit in Mysen, the Team Jumbo-Visma Women rider soloed to victory. The Dutch rider also took the lead in the general classification.

With fifty kilometres to go, Markus dared to jump to the front of the bunch, Audrey Cordon-Ragot and Aude Biannic. When the peloton approached, Markus decided to go for her own chances and managed to leave the two other escapees behind. The 26-year-old rider built up an impressive lead of more than a minute and managed to stay ahead of the peloton in the rainy final phase. On the slightly uphill gradient towards the finish line, Markus rode to her first win of the season.

“This victory means a lot to me. It’s my first World Tour victory”, an emotional Markus said. “I don’t get that many chances. It’s really cool that I can finish like this. I’ve experienced it once before that I was caught twenty metres from the finish, so I didn’t dare celebrate too early. I closed my eyes and tried to cross the finish line. I am so happy that I made it. I had been waiting for a victory for a few years. I am extremely happy about this.”

“We tried to make it a tough race”, Markus continued. “When we first crossed the finish line, we already tried to attack on the climb. Later on I found a moment again and attacked. It was not easy to bridge the gap because the leaders had more than a minute. I was happy when I made it. Today was very hard. I am very grateful to the girls and the team.”

Markus’ win is the eighth win for Team Jumbo-Visma Women this season.