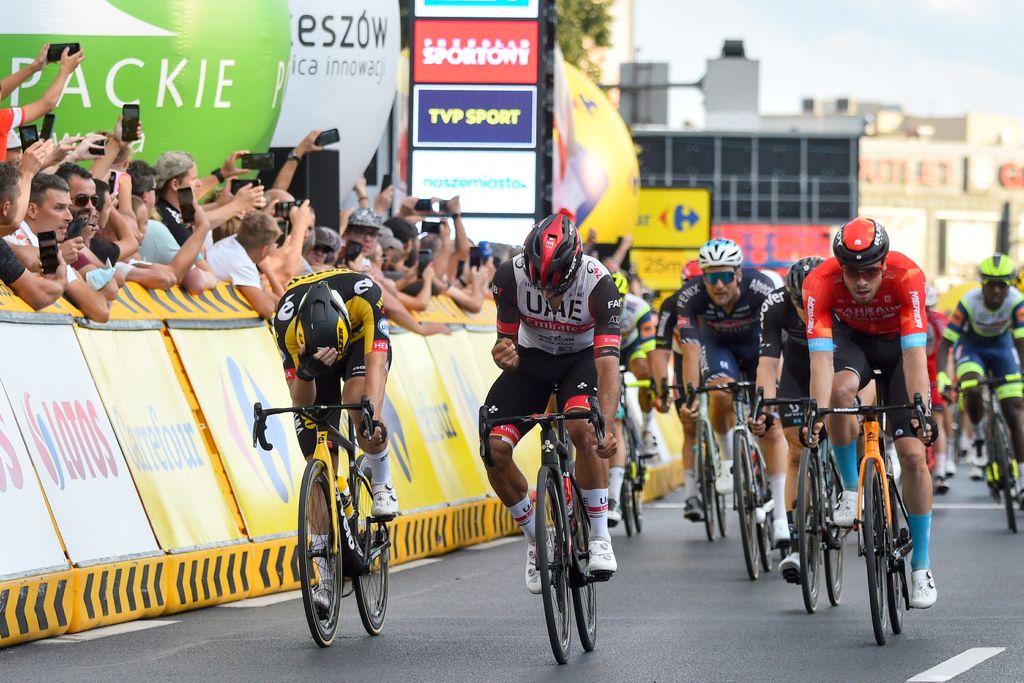 Fernando Gaviria took his first victory of the 2021 season today in Rzeszow, ahead of Olav Koij (Team Jumbo – Visma) 2nd, and Phil Bauhaus (Bahrain – Victorious) 3rd. It’s not an unfamiliar stage finish for the Colombian rider, Rzeszow in fact had already awarded him in 2016 where, just like today, he raised his arms in the air by crossing the line first.

The UAE Team Emirates sprinter added his 47th win to his personal victories’ loot, the 3rd in Poland, on a fast day which saw his team controlling the race and setting the pace alongside Deceuninck – Quick-Step and Bahrain Victorious.