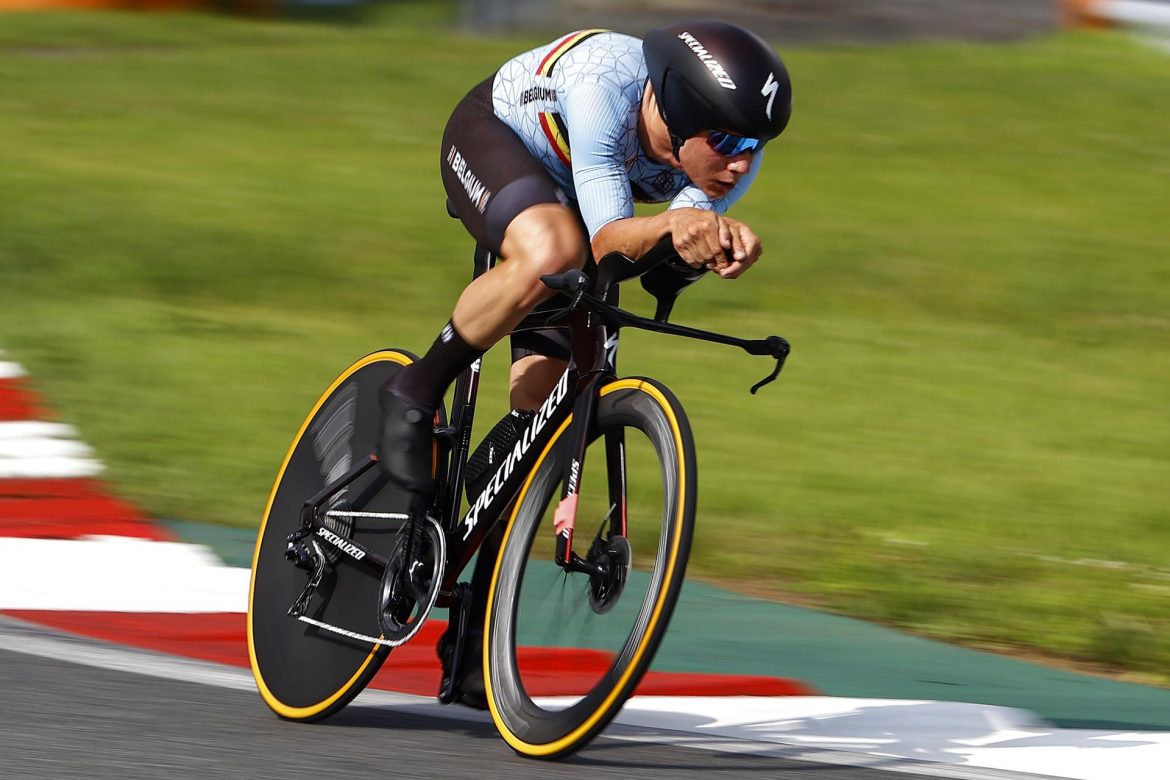 The Belgian phenom has confirmed his participation in the European Championships in Trentino from 8th to 12th September, targeting both at the time trial (already won in 2019) and the road race to revive a tough season. Among the expected leaders is also fellow Deceuninck rider, Tour of Flanders winner Kasper Asgreen.

“After all I’ve been through, winning the European Championships in Trentino would mean a lot“. Remco Evenepoel‘s words sound like a desire for revenge and a warning to rivals.

The Belgian phenom has cleared the reserves: he will be at the start of the upcoming UEC Road European Championships, to take place in Trento (Italy) from September 8th to 12th. Evenepoel will come to Trentino motivated to leave behind the tough juncture that followed his scary crash at the 2020 Il Lombardia, which could have compromised his career, and the disappointments of the Giro d’Italia and the Tokyo Olympic Games.

“I have worked hard to get back after the injury. The Giro d’Italia had started very well, even if it didn’t end in the best of ways. The Olympics didn’t go as planned either. Now I’m gradually starting to build up my shape again for the European Championships. I am looking to prepare at my best, going through functional races and working on my explosiveness“. The Deceuninck-Quickstep Belgian will target two goals in Trentino: reclaiming the time trial European title on Thursday, September 9th, as he did in 2019 in Alkmaar, and going for a second crown in the road race of Sunday, September 12th.

“I haven’t checked the route of the time trial in detail yet,” Evenepoel explained, “but it’s a short test. When I won in 2019, the route was flat. In a 20km time trial, you have to give everything and go as fast as possible from start to finish.” The road race, on the other hand, holds a few more pitfalls, being divided into two very different sections that are difficult to read. “It’s not an easy course because you have to tackle the Monte Bondone halfway through the race and then there’s a long descent. If the race explodes on Bondone, you have to be with the top group to play for the medals. Conversely, if a team takes control of the situation you need to stay in the group. In any case, it’s going to be a tough race, but if I’m on a good day, I think I can race with a winning mentality.”

For the Belgian team, always protagonist at European Championships, World Championships and at the recent Olympics, an extra motivation: to conquer the first European Champion jersey since the maximum continental review is open also to the athletes of the Elite category. “In Trento, many of us will be able to aspire to the victory. We have strong athletes on every type of course – said the 21-year-old from Aalst. – The climbers can do well in the first part of the course but we don’t have a lack of alternatives for a fast finish. It’s a good thing we have so many options, I think there will be at least three or four of us who can go for the title.”

Among the riders pursuing for a time trial – road race double, Evenepoel clash with one of his teammates from Deceuninck, Dane Kasper Asgreen, winner of the last Tour of Flanders. “Kasper is always one of the favorites, whether it’s the time trial or the road race, but there will be a lot of champions in Trentino. It will be a spectacle to watch.“

Thanks to the TV production by Eurovision, the European Championships will be aired 71 Countries, with the expectation to exceed the 14 million viewers of 2020. A significant moment of restart for Trentino and all of Italy, which just like Evenepoel look forward to leaving the difficult times behind. With one major goal: to start dreaming again.