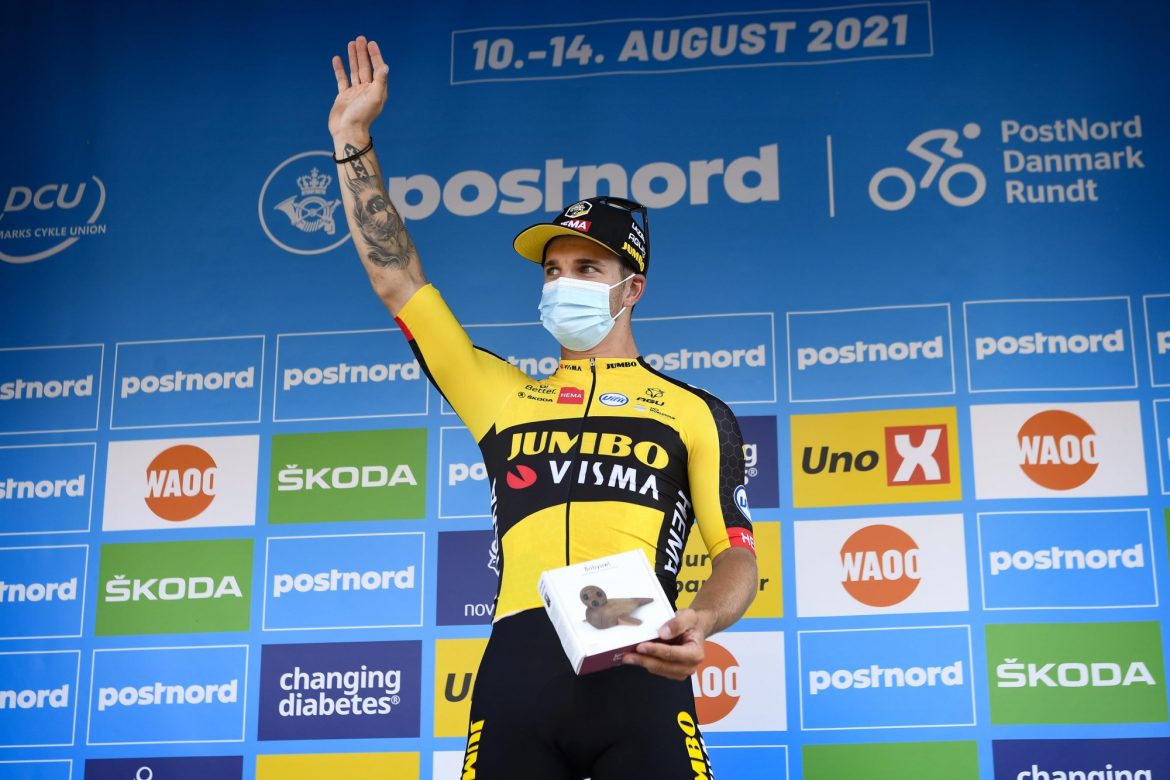 Dylan Groenewegen has won the first stage of the Tour of Denmark. In the streets of Esbjerg the rider from Amsterdam rushed to his third victory of the season after excellent work by his teammates.

During the 175 kilometre ride along the west coast of Denmark, the peloton had to constantly watch out for the wind. Five breakaway riders were given a free ride by the peloton. Thanks in part to the Team Jumbo-Visma riders, the five remained within reach throughout the day. Fifteen kilometres from the finish the escapees were caught.

In the last three local laps of 3.6 kilometres each, the sprint trains positioned themselves at the front of the bunch. Edoardo Affini made a big effort by riding in front for kilometres on end. The Italian rolled out the red carpet for Timo Roosen, Mike Teunissen and leader Groenewegen. After further preparatory work of Roosen, it was up to Teunissen to catapult Groenewegen to the final hundreds of metres. The sprinter of Team Jumbo-Visma did not betray the confidence and clinched the twenty-eighth victory of the black-and-yellow formation.

“This victory is one to be proud of”, Groenewegen declared after his third victory of the season. “We were in control of the race all day. We knew the last local laps would be very hectic. Luckily we kept the overview in the narrow streets and in the end it turned out that we had a lot of power as a team. My teammates delivered me in ideal position. When I started, I immediately felt it was right. We will toast this victory as a team and then look forward to the upcoming stages.”

Sports director Jan Boven saw the previously discussed race tactics turn into a success story. “We were aware that with Dylan we would have a good chance of victory. It was important to be in front in the hectic final phase. The work of the team worked out well and Dylan rode to a beautiful victory. These are the days you do it for. It is nice to see when a plan works out perfectly well. We will ride to win the next few days. At the end of the week we will see if someone is able to ride a nice classification. First, let’s head to tomorrow’s race.