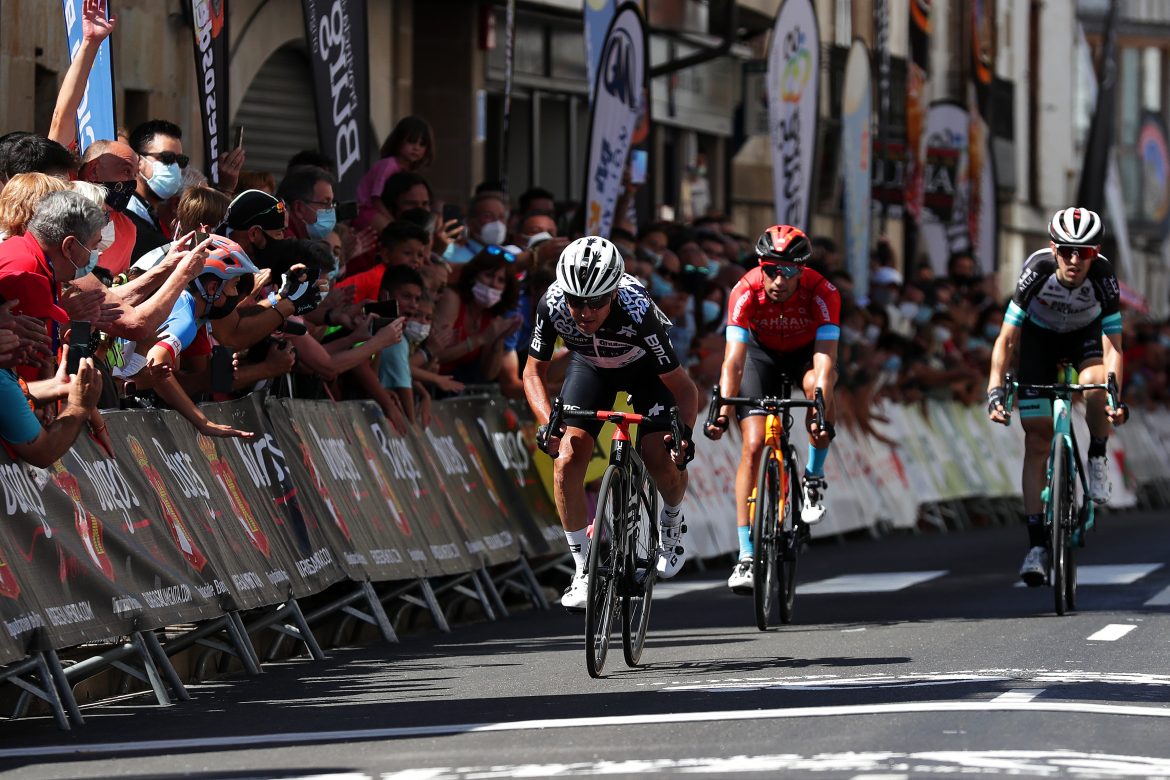 Stage 3 of the Vuelta a Burgos presented the first real test to the GC contenders as riders had to take on the well-known Picon Blanco climb. The complete stage covered 173km, with Picon Blanco peaking at just 18km to go, followed by a technical descent to the line.

An early break did go clear in the opening kilometers of the stage, but the peloton had no problem controlling the gap, ensuring the escapees would be caught on the climb.

Ineos-Grenadiers and EF-Education took up the pace setting on the lower slopes of the climb, but it was an acceleration from Fabio Aru that really put the pressure on, resulting in the main group thinning out. Giro d’Italia winner, Egan Bernal (Ineos-Grenadiers) then tried to control the pace for their protected rider, Pavel Sivakov, but new attacks soon followed.

Aru and Pozzovivo rode well in tandem, following the moves until just 11 riders remained in contention at 3km to go from the summit of the climb. It became quite tactical over the final uphill kilometers but it was Bardet who put in a telling attack just before the summit and got a 15″ gap.

Pozzovivo formed part of the first chase group with three other riders, Landa (Bahrain-Victorious), Nieve (Bike-Exchange) and Bouchard (AG2R Citroen), as the descent began. Aru followed a few seconds behind in the 2nd chase group.

Bardet went downhill like a rocket and extended his lead to 35″ over the Pozzovivo chase group. There was a big scare for Pozzovivo though as Bouchard crashed in front of him in one of the many corners, but our Italian managed to stay upright and resumed the chase.

Bardet also slid out right near the bottom of the descent but hardly lost any time with an impressive and rapid remount. The Frenchman held his gap to the line, taking a very good stage win. Pozzovivo led the now 3-rider chase group home, to take 2nd place on the stage.

Aru would finish in the next group of chasers, just 11″ behind the Pozzovivo group, and sprinted to 7th place on the stage. The strong rides from our Italian duo saw Pozzovivo climb to 3rd place on the overall GC with Aru moving up to 4th.

Domenico Pozzovivo
“Today was a stage that suited me better than the first two windy stages. On the last climb we did some great work, together with Fabio, it was just Bardet that got a jump on Landa and me at the top and we know that he is very strong on the downhill. I tried to avoid taking too many risks on the downhill. Me, Landa and Nieve tried to come back on Bardet but he was very strong, even on the flat sections. Finally, I was happy to come in 2nd with a good sprint because that is not my best skill. We look forward now with confidence in our shape for the final mountain stage and also to the Vuelta a Espana.”