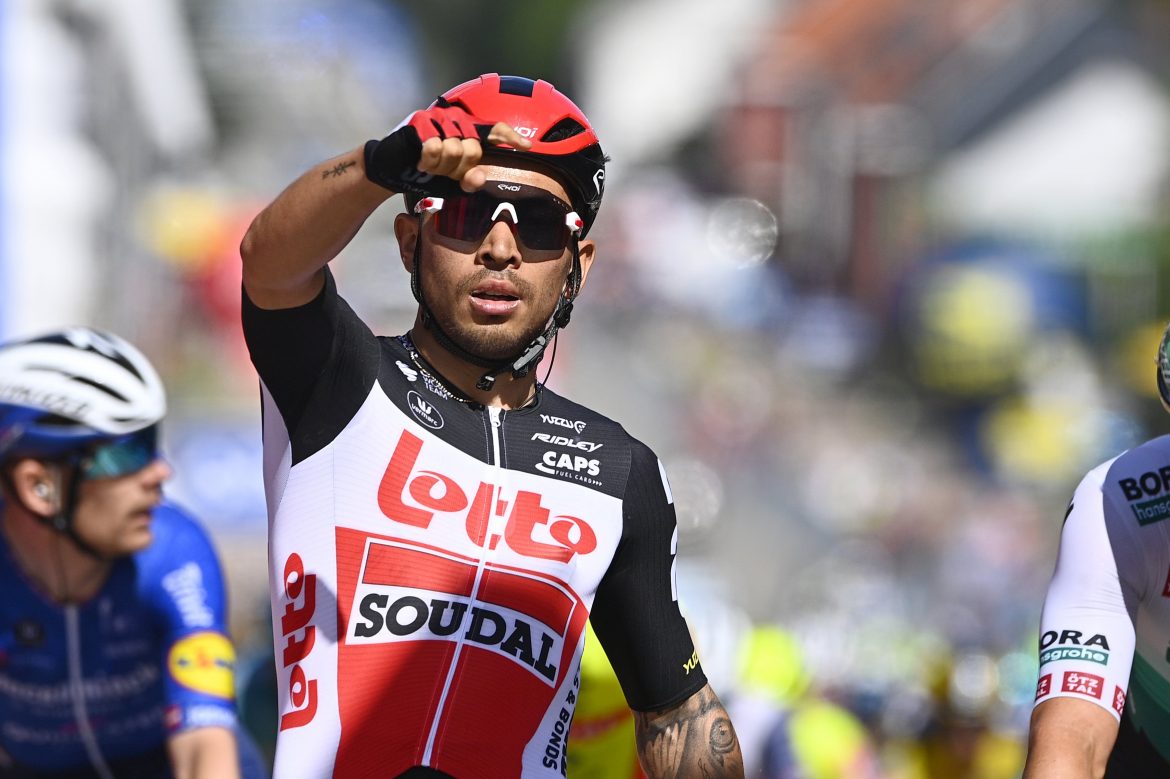 Sprinter Caleb Ewan has extended his contract at the team with an additional two years. That way, the 27-year-old Australian, who still has a contract until the end of 2022, will stay at the team till at least the end of 2024. The past seasons saw Ewan deliver Lotto Soudal 22 victories with five Tour de France stage wins including a memorable Champs Elysees triumph, four at the Giro d’ Italia, the Scheldeprijs, Brussels Cycling Classic and stage victories in Australia’s Tour Down Under.

“I feel very much at home at Lotto Soudal, it is a team I am proud to represent and together we have achieved some wonderful results but I am committed to ensuring this is only the beginning, we have some exciting times ahead”, Caleb Ewan said. “I believe we have much improvement within us and I am really looking forward to working with our sprint train of Jasper De Buyst, Roger Kluge, Harry Sweeny and Frederik Frison, as well as those that are soon to join our squad. I think we can achieve great things.”

Frederik Frison has indeed extended his contract with two seasons until the end of 2023 and with the transfer of Rüdiger Selig, who signed a two-year agreement, a lot of experience will be added to the team. The 32-year-old fast German acted as the lead-out man of top riders like Alexander Kristoff, Peter Sagan, Sam Bennett and Pascal Ackermann.

“In my opinion, Caleb Ewan is the fastest sprinter in the world”, says Rüdiger Selig. “So, I am really happy that both the team and Caleb believe in me. It is with great pleasure that I will give it my all for Caleb the coming seasons. I already can’t wait!”

“Top-level sport is about winning and losing, with peaks and throughs, but in my opinion, our future really does look bright”, Lotto Soudal’s General Manager John Lelangue explains. “We continue to build the future. Brent Van Moer’s contract has already been extended and our latest 19-year-old reinforcement Arnaud De Lie has already shown his talent with two UCI victories – even as U23 rider – the past month. We will continue on this path and we keep investing in youth. More will become clear in the coming weeks.”

“With Philippe Gilbert, our young guns have a real mentor in the team. Thanks to his broad experience and antennae in the peloton, he is even indirectly my best advisor”, Lelangue continues. “Besides, I will remain at the head of the team and with Maxime Monfort as performance manager, we continue along our chosen path. As of 2022, Nikolas Maes will become a full time sports director and Mario Aerts, Kurt Van de Wouwer and Marc Wauters have already proven their worth countless times. In this respect, we’re good for the coming years. In line with our team evolution, we will say goodbye, at the end of 2021, to Herman Frison and Marc Sergeant, both end of contract, but two real Lotto monuments. Their importance for the team cannot be stressed enough. Both were and still are the faces of the team, first as riders, later as sports director and team manager. We have experienced countless successes and unforgettable moments together. A big thank you for all of this, Herman and Marc.”

More news on new riders and contract extensions will be communicated in the coming weeks.