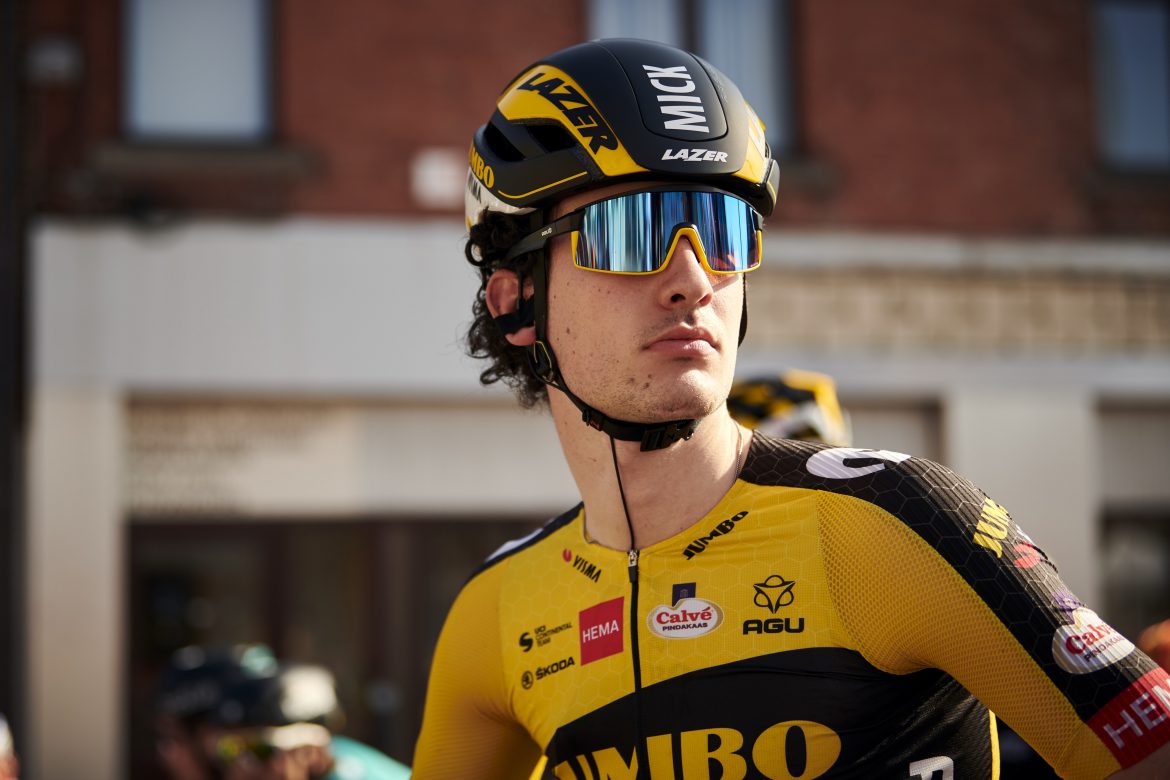 Mick van Dijke has won the fourth and final stage of the Kreiz Breizh Elites. The Jumbo-Visma Development Team rider soloed to victory in the streets of Rostrenen, France. In the general classification Van Dijke finished second, followed by teammate Michel Hessmann in third place.

Van Dijke, who will be moving to Team Jumbo-Visma’s World Tour team next year, escaped in the closing stages of the rainy fourth stage. In doing so, he rode to his third individual victory of the season. The Dutch U23 time trial champion also won the youth classification of the French stage race.

“I know I have a good punch”, the winner said. “At three kilometres from the finish the road went slightly uphill. If I wanted to force a move in the general classification, I had to go all-in there. I knew I could lose speed, but I felt really good. That’s why I wanted to try. My teammates worked really hard today and that’s why I had to finish. It is very nice that I succeeded. Of course I would have liked to win the GC, but I can’t blame myself. I took risks and did my best. I’m very close to the first place in the general classification, but I look back on my performance with a good feeling.”

Sports director Robert Wagner said the goal was to win the final classification. “The plan was to attack with Mick in the final, as he did before in the GP Vorarlberg. Mick rode very strong and we raced to win the classification. That was the goal, but unfortunately it didn’t work out. We started the race with a win in the team time trial and we ended it today with a nice stage win. The guys did really well.”