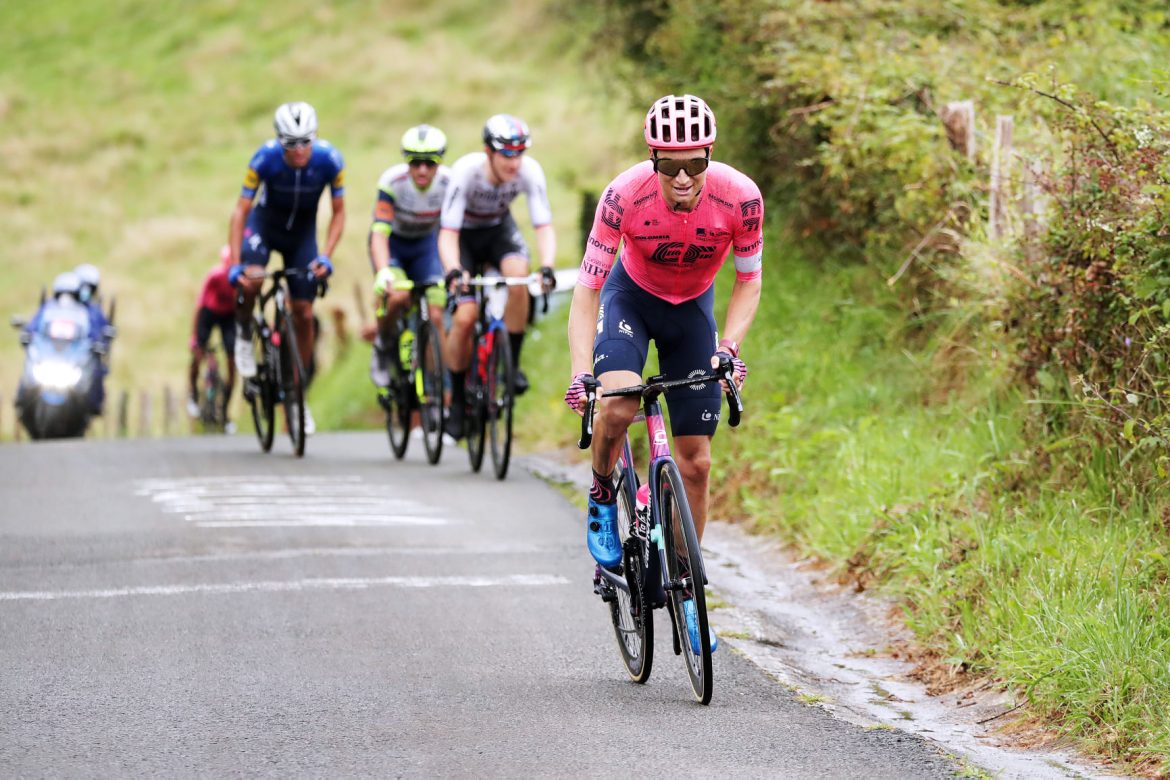 With predicted rains, winding roads, six categorized climbs, and multiple previous winners at the start line, the 41st edition of the Donostia San Sebastian Klasikoa was never going to be an easy win.

The peloton let a sizable breakaway go clear but never gave them much more than a minute’s advantage. Simon Carr, sensing the time was right, made his move on the penultimate climb with just over 40 kilometers remaining in the race. The Brit stayed clear for a further 20 kilometers until four chasers, including teammate Neilson Powless, caught him.

“Our team worked hard from start to finish, it was a real team effort,” said Sports Director Juanma Garate. “Julien El Fares and Jonathan Caicedo were unable to make the difference even though they tried to attack. When Simon Carr got away and on the top of Erlaitz we rethought our plans. We decided to have Simon work hard to make sure the gap stayed open.”

The gap not only stayed open, but grew thanks to Carr’s efforts.

It was a game of cat-and-mouse in the final 10 kilometers as the leaders alternately attacked and caught each other. The wet conditions played a role, said Powless, “I was watching the map on my Garmin. I think the guys in front of me were maybe too focused on the situation in the race and not so much the road. I could see it was a sharp corner coming up that they ended up crashing in. In the end I was just happy to keep it upright and stay as fresh as possible for the end.”

Coming into the final kilometer, Powless found himself with two other riders. Although it was his first time racing Spain’s biggest one-day race, he was well prepared. “We’ve spoken repeatedly about the finish with Neilson Powless, and he came good for us in the end,” said Garate. Sitting second wheel, the American timed his sprint perfectly, winning by half a wheel.

A jubilant Powless said of his first professional victory, “I’m just so happy to have taken it in San Sebastian with a director in the car who’s a local and every time I’ve raced in the Basque Country it’s just been incredible with the fans so I’m super happy to win in front of such enthusiastic crowds.”

Recognizing the significance of the team’s accomplishments today, Garate said, “It’s a very important win for us. I think we’re all feeling pretty emotional because of the sheer scale of what we’ve achieved. It’s so difficult to win anything in cycling, especially in a race like this, so this will bring us good energy for the Vuelta a España and the rest of the season.”