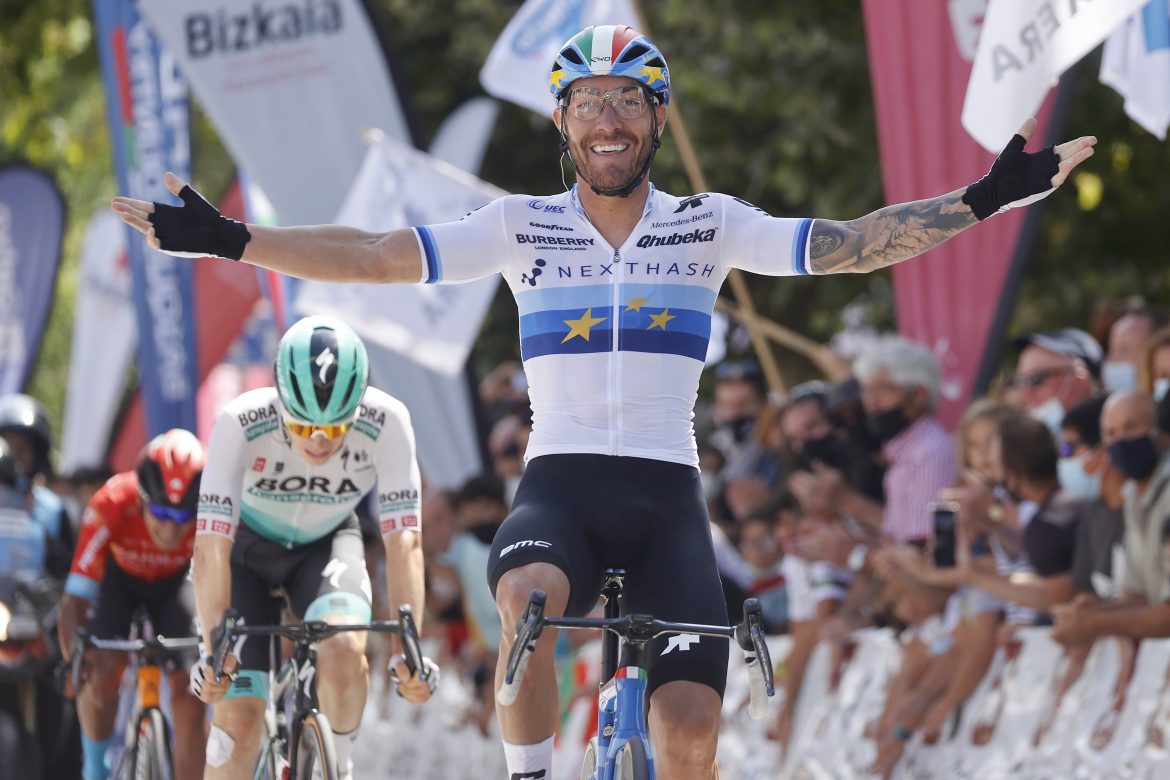 The UCI 1.1 Circuito de Gexto saw riders take on 6 laps of an undulating circuit between Bilbao and Gexto, before completing a larger finishing circuit that included the the tough final climb of Pike Bidea, for a total race distance of 194km.

Team Qhubeka NextHash had last year’s second place finisher, Giacomo Nizzolo, targeting the top step of the podium today and so our South African UCI World Tour team rallied around the European champion throughout the race.

The race got off to a very fast start with numerous attacks and the pace was so high that it took almost 90km before any break finally got a significant gap. 11 strong riders had gone off the front and so Team Qhubeka NextHash, together with Caja-Rural and Bora-Hansgrohe took up the chase.

With around 55km to go, the pressure was on to bring the leaders back and as a result, there was a split at the head of the peloton as 12 riders went off in pursuit of the early leaders. Team Qhubeka NextHash had both Nizzolo and Carlos Barbero in this select chase group.

Barbero would go on to play a pivotal support role for Nizzolo, all the way up to the final climb of Pike Bidea at 15km to go, as he worked hard to ensure the breakaway was caught before the climb.

On the climb it was then up to Nizzolo to try and follow the climbers as they began attacking on the steep slopes. The Italian sprinter held his own and did a fantastic climb, to summit in 5th place, just 15″ behind the front riders. He was then able to bridge across to the lead on the descent, setting up an exciting finale.

Bora-Hansgrohe had a numbers advantage in the group that was now reduced to just 7 riders. Nizzolo had to follow a stinging attack from Ide Schelling with 6km to go but was successful in doing so and this set up a sprint finish between Nizzolo, Buitrago and the teammates of Aleotti and Schelling.

Nizzolo was too strong in the final kick for the other 3 riders and with 150m to go, he powered away to take a fine victory for Team Qhubeka NextHash. Barbero also managed to come home in a respectable 11th place, making it a great day for the team all round.

Giacomo Nizzolo
I am super happy about today’s victory. Last year I came 2nd here so this year I really wanted to win. The race was super difficult to control because everyone wanted to attack. I had to attack as well and spent a lot of energy but in the end I still felt good so I am super happy. Thanks to all the team for the support today and also to all the fans here in Basque Country, they always have a lot of passion and are very special to me.