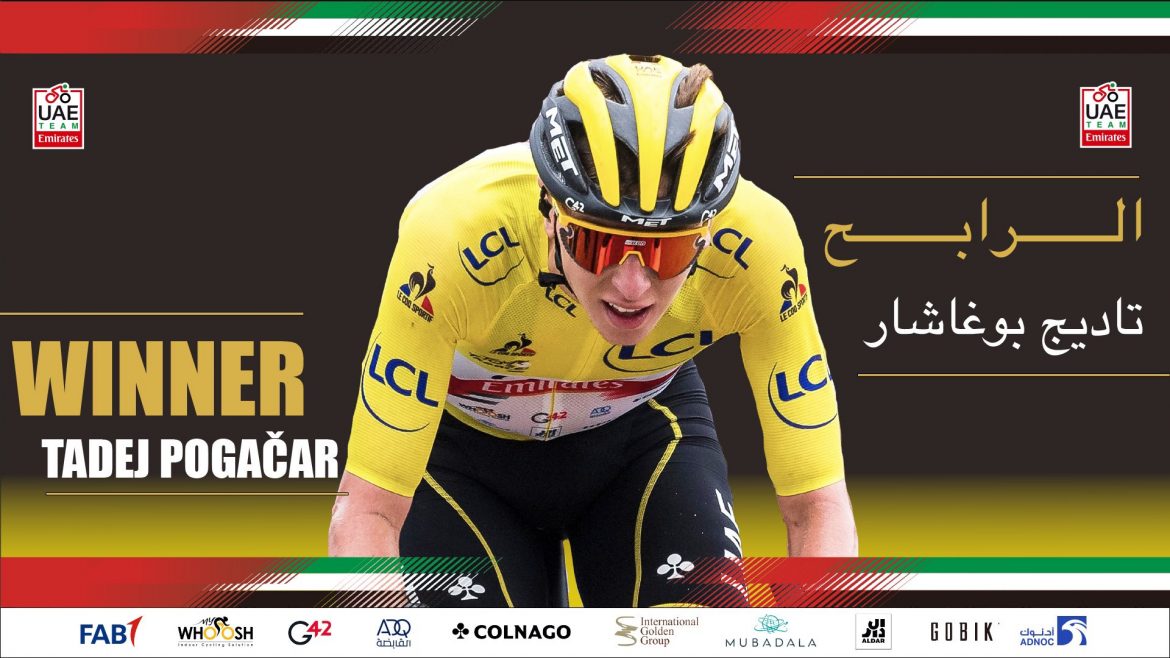 UAE Team Emirates and Tadej Pogačar have put pen to paper on one of the longest contracts in the history of professional cycling, with the 22-year old set to stay with the Emirati outfit through to 2027.


Pogačar first joined the squad in 2019 and since then has gone on to win 29 professional races including two Tour de France titles, a monument victory at Liege-Bastogne-Liege and most recently an Olympic Bronze medal.


On the return journey from his Olympic success in Tokyo, Pogačar paid a visit to the UAE where he met with Team President HE Matar Suhail Al Yabhouni Al Dhaheri who congratulated him on his successes and cemented the exciting new deal.


His success has not only inspired those around him but has sparked a new interest in cycling throughout the UAE.


HE Matar Suhail Al Yabhouni Al Dhaheri (Team President) : “ We are delighted to have Tadej with us for the upcoming years. Tadej is helping to transform the way people think about cycling and the bicycle in UAE. We are very proud of him and all that he and the team are achieving.
To have sporting champions like Tadej representing our nation echoes the message and our mission : which is to encourage our people to practice sport and live healthier lifestyles.
We are already seeing improvements and we can see more people using the bike and enjoying exercise which is an important step for our country.”


Tadej Pogačar : “ I’m really happy to be able to commit my future to the team and stay here for the next years.I feel at home here, it feels like a big family. This team is a really good fit for me and I am fortunate to say that I have not only found colleagues but friends. I’m excited for the years ahead and what they will bring, hopefully more success for me and for the team. I hope we are inspiring lots of kids to ride bikes.”


Mauro Gianetti (CEO & Team Principal) : “We have been building a squad of young talents for the future and Tadej has been an integral part of that process since the beginning. We have seen him grow from a teenager to a young man and what he has achieved has been fantastic. He is inspiring not only his teammates but a whole new generation of young cyclists in UAE and around the world.”