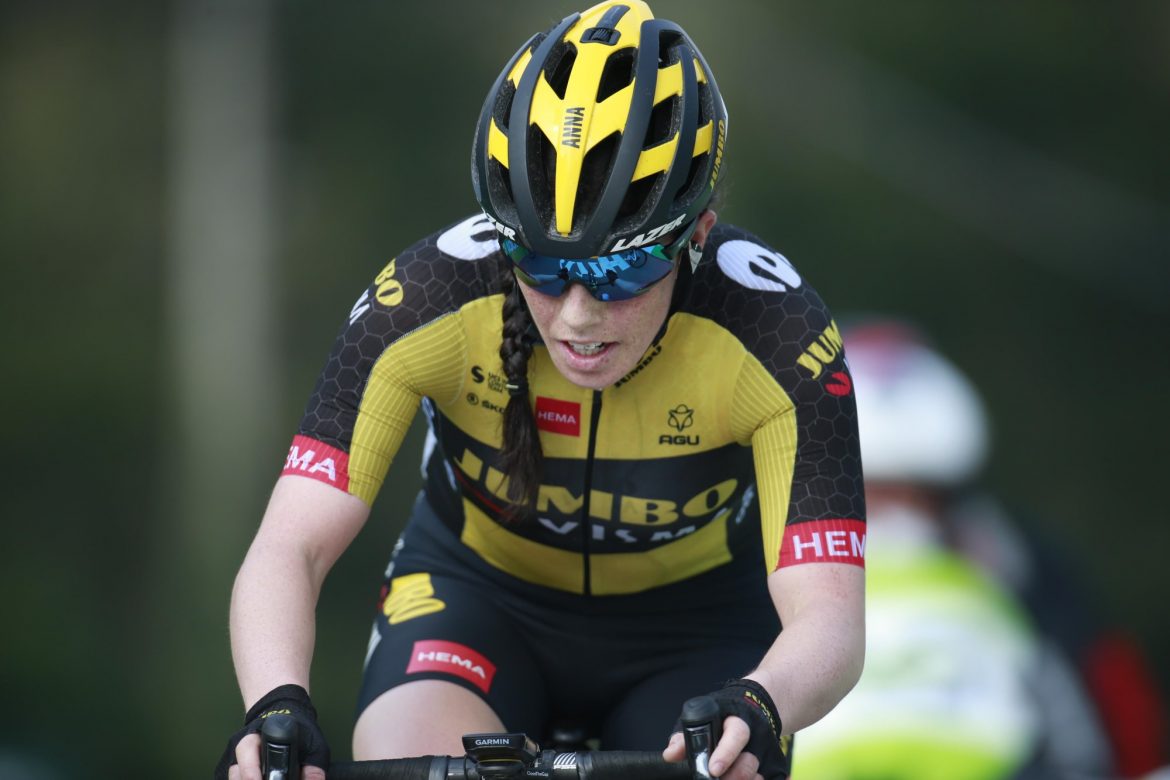 Anna Henderson has claimed her first professional victory. In Pontrieux, the British rider of Team Jumbo-Visma Women was the fastest of a breakaway of four riders in the first stage of the Tour de Belle Isle en Terre – Kreiz Breizh. She is also the first leader in the general classification.

In the hilly stage, the yellow-black formation made it a hard race with, amongst others, attacks of Henderson and Anouska Koster. This resulted in a leading group of four riders. On the final climb, Koster tried to avoid the sprint but was chased down in the final kilometre. Henderson sovereignly won the sprint with Koster crossing the line in third place. With Teuntje Beekhuis, a third rider of the team finished in the top ten.

“I’m really happy with this win”, Henderson said. “The girls were super strong today. We were all in the front to either attack or to counter them. The girls helped me a lot so I could save my energy for the final. Anouska’s attack in the final lap was perfect. That way I could follow and wait for the sprint. I was confident in my sprint and luckily I managed to finish it off. It’s my first professional victory. We have shown the true meaning of teamwork and I’m more than proud of the team in how we rode today. This win is also for them.”

Sports director Marco Postma concurred. “The girls have executed the plan really well. The intention was to make it a hard race and so we did. Anna and Anouska were very active and were always represented in one of the breakaways. Anouska’s attack on the final lap was ideal for us, after which Anna finished it off well in the sprint. With Teuntje also in the top ten, this was a more than successful day.”